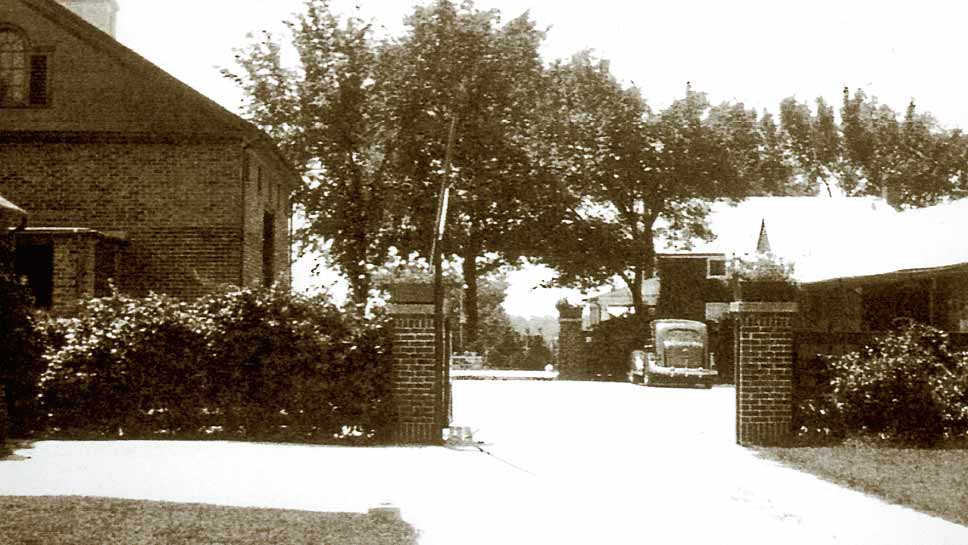 As Elawa Farm celebrates its 100th birthday, many of the Armour family’s treasured traditions can still be experienced today.

One hundred years after it was founded by Elsa and A. Watson Armour, Lake Forest’s Elawa Farm continues to be a source of delight for the young and the young at heart. Founded as a gentleman’s farm and bucolic getaway for the Armour family, Elawa Farm has been open to the public since 1998. Time has brought change to Elawa—the acreage is now 16 rather than the original 128; the family’s twin houses are now home to another couple. Yet, as the granddaughters of Elsa and A. Watson can attest, many of the Farm’s current programs and annual events would be entirely recognizable to its founders.

Armed with a fortune generated from the meatpacking firm Armour & Co., A. Watson bought land in west Lake Forest in 1915 and commissioned noted architect David Adler to design a country estate. The original plans called for a large main house but, following the completion of two gatehouses, the Armours decided against building further. Adler then modified the gatehouses to serve as residences by adding a wing to each building and a garage. Alfred Hopkins, the country’s leading expert on estate farms, designed the cupola-topped main barn and the red brick outbuildings. 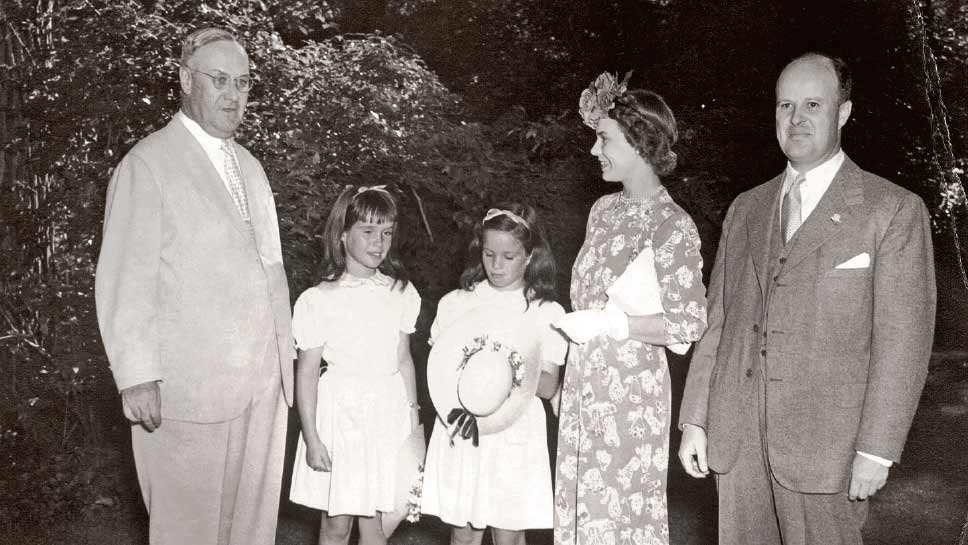 A. Watson Armour with the Osborne family

The retreat was dubbed Elawa Farm—a combination of Elsa and A. Watson Armour. After its completion in 1917, the Armours and their three children, Elsa, A. Watson, III, and Charles would often trade the hustle bustle of Chicago for the slower pace of Lake Forest. After Elsa married W. Irving Osborne, Jr. in 1928, their children became the first of several grandchildren to regularly visit Elawa. “I was very lucky, because I was the oldest, so I was able to spend a great deal of time with my grandparents,” recalls Adrienne Osborne Ives, the oldest daughter of Elsa Armour Osborne. “When my parents would vacation in Hot Springs, Virginia, we would move out there.” Life at Elawa was relaxed and family-centered. On rainy days, the family would play long games of backgammon. When the sun shone, the family would picnic in “The Grove.” Under the cover of giant oak trees, they would gather round the large barbeque pit and enjoy their meals in a simple screened house.

While at the farm, Adrienne loved spending time with her uncle Charles Armour. “He was nine years older than me so he was more like an older brother than an uncle. I was so impressed because he could have a Coke and bacon for breakfast,” Adrienne remembers. “Uncle Charles was very creative and certainly made life fun for his nieces.” As Adrienne’s birthday fell at the end of October, Charles would decorate the farm for Halloween by stretching spider webs across the inner courtyard and inside the garage. “The Halloween parties were legendary because Charles went all out. All the neighborhood children would come,” explains Karen Osborne McGovern, Adrienne’s sister and the youngest child of Elsa Armour Osborne. Charles would undoubtably be pleased to see the spirit of his Halloween celebrations continue on in Elawa Farm’s annual “Spooktacular,” a festive event attended by hundreds of costumed children and adults. 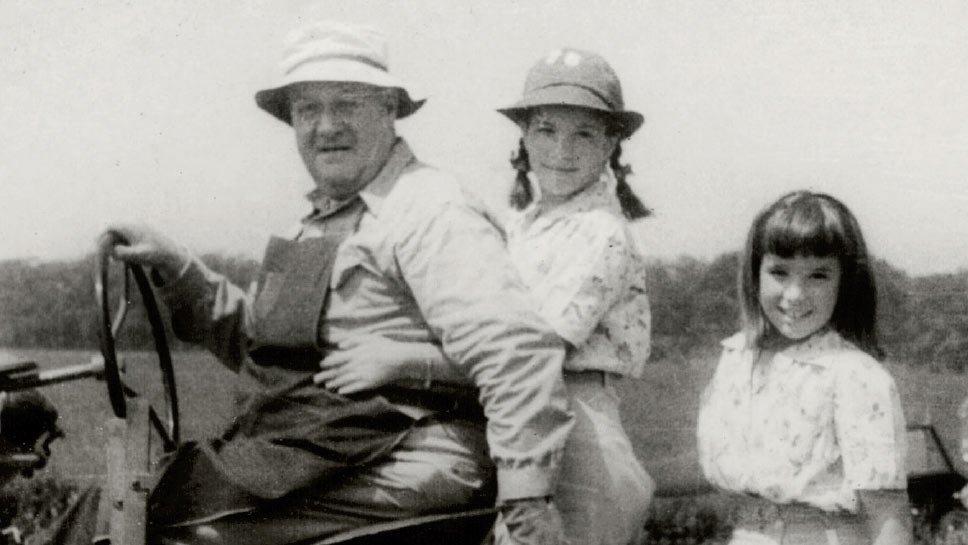 A. Watson Armour with Adrienne and Gwennie Osborne

As an adult, Charles Armour started a subscription service for exotic fowl. “He raised the birds in large pens on the property. After they were harvested, he would pack the braces in custom-designed boxes. The boxes were so beautiful, they had a gorgeous wood-grain design and were lined in red,” recalls Joanie Armour Anderson, Charles’ daughter. Echos of this endeavor can be found in Elawa Farm’s recent inauguration of a CSA (Community-Supported Agriculture) program. Subscribers can either enjoy a weekly box of produce from Elawa’s organic gardens or can choose to have the produce donated to the Shields Township Food Pantry.

While at the farm, the usually tailored A. Watson swapped his three-piece suits for overalls and a straw hat. “Grandpa was a gentleman farmer but he loved the power machines,” explains Gwendolyn “Gwennie” Osborne Lincoln, Elsa Armour Osborne’s middle child. “When he spent time working with the hired farmers in the field, we might go along for a tractor ride.”

Elsa, on the other hand, remained as impeccably dressed as she did while at their home at 1200 Lake Shore Drive in Chicago. “My grandmother was so elegant and put together,” Karen describes. “She never had a hair out of place and would wear these little kitten heels even while she was cutting flowers in the garden.” Adrienne recalls that “my grandfather was very partial to the carnations. He would pick one perfect bloom—they were quite small not the big, overblown ones you see now—and wear it on his jacket.” One imagines both Elsa and A. Watson, whose lush gardens produced prize-winning dahalias, would be pleased to see the array of well-attended floral arranging classes now offered at the modern-day Elawa Farm.

Over the years, the farm was home to a wide variety of animals ranging from pedigreed cattle to pheasants to pigs. Joanie fondly recalls a miniature donkey who was so well behaved he was often “invited” into the house. Karen laughingly remembers goats whose legendary constitution stood up to a steady diet of cigarette butts. “One wonderful legacy from our time at the Farm is that all my cousins and I are nature lovers,” observes Karen. Six generations descended from the union of Elsa and A. Watson Armour; many of these descendants remain closely connected to Elawa Farm. Along with her older sister Gwennie, Karen serves on the Elawa Farm Advisory Board. Karen’s two children, John and Courtney McGovern, and Gwennie’s daughter, Leslie Lincoln Hough, are active members of the nonprofit’s board of directors. Karen’s grandsons, Caldwell Armour McGovern and Watson Greeley McGovern, are frequent and enthusiastic visitors. “My grandparents would be so happy to see Elawa is still thriving,” observes Karen. “They would be great supporters of Elawa’s mission, its really important mission, of teaching children today about nature’s variety and beauty.”