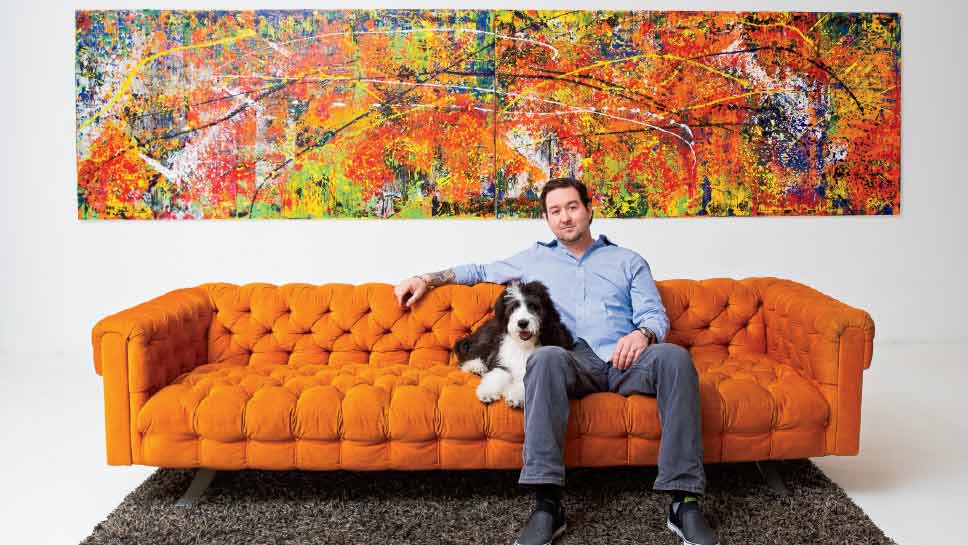 Art making has always occupied a large part of Northfield-born Spencer Rogers’ life. “Being from a large Irish family, I had to learn at a young age how to stand out,” Rogers says. “Whenever I gave my grandmother something I made that she liked, she’d say ‘that’s the McGuire shining through.’ McGuire is her maiden name and my middle name. My artwork got me some attention—and some love.”

Following his passion for art, Rogers found himself in sunny California for college at University of San Diego after graduating from Loyola Academy. “I picked up a guitar in high school, but decided to study painting and photography,” he says. “I spent my junior year in Florence [Italy] and was inspired by the overwhelming creative experience that is Florence and by the work my classmates were turning out.” So Rogers graduated from college and picked up his guitar once again—touring the country with several bands for the next 10 years.

While in California, Rogers met his wife, Dana Rossini. It was practically love at first sight when these two Midwesterners found each other—Rossini is originally from Northbrook. “Dana and I moved back to Chicago after our son Cash was born, realizing the importance of being around family,” he says.

In 2009, the couple opened Edenhurst Studio, a fine art and lifestyle photography studio located along Printer’s Row in Chicago. “My wife is an incredibly talented and professionally trained commercial photographer and we decided to start this business together.” 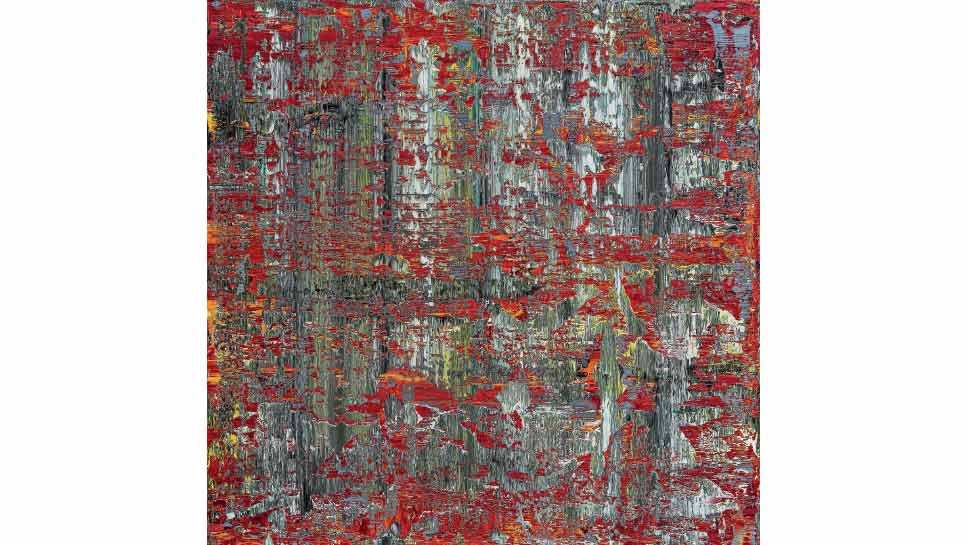 But the vast white walls of the Clark Street studio beckoned Rogers to pick up his paintbrushes again and turn on the music—really loud—and S.Rog Gallery was born.

“People who know me know that I just want to rock. I just want to jam out,” he says. “So when I paint, I try to synthesize my experiences when listening to music. When I recorded music, I learned about improvisation, where you just have to trust yourself.”

Music plays a critical role in how Rogers approaches his canvases—whether it’s the latest tunes from Cake or classics from the Rolling Stones being cranked through the speakers. “Art to me is listening to music, being free, having a groove—it’s kind of like a dance. Lots of big moves and broad strokes first. There’s this concept called ‘synesthesia,’ where when people listen to music, colors go off in their heads. It’s a sensory thing where the sounds and the colors all come together.”

Rogers finds inspiration in the work and methodology of German visual artist Gerhard Richter. Richter produces abstract as well as photorealistic paintings, and also photographs and creates art on glass. Richter is known for his use of a squeegee-like tool that creates a wash effect on his canvas. 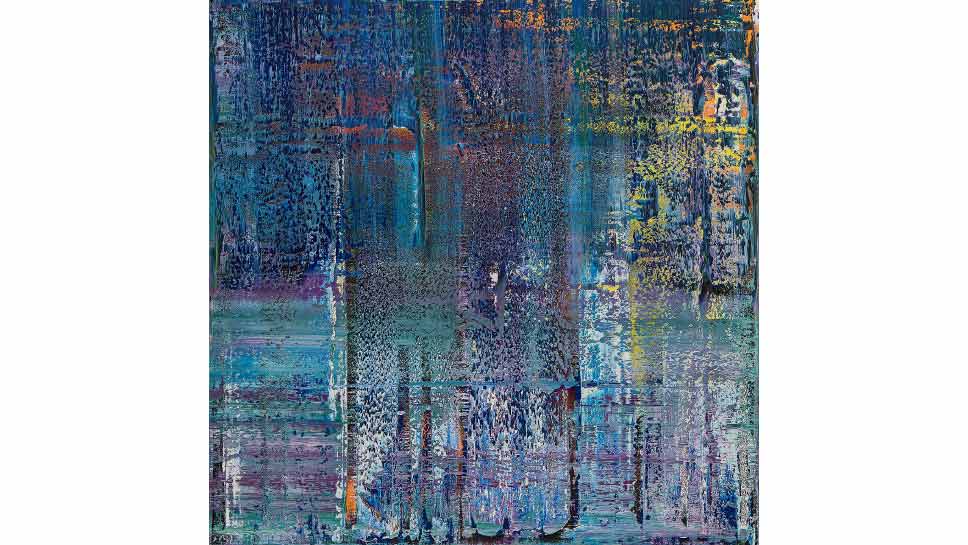 “Richter did lots of work with abstract painting and photography,” Rogers adds. “He mixed lots of mediums where he would take photographs and then paint on top of them. He never stopped experimenting, changing, or growing. At 80 years old, he’s still creating and never bored. If something stopped inspiring him, he’d do something different.”

Rogers often sets up several oversized canvases to work on simultaneously. He moves between pieces, as the large scale of the canvases requires wait time for the oil paint to dry. On average, he devotes about 10 hours to each piece. Recently, Rogers has experimented with smaller canvases.

“Every time I go at my painting, it might be the last time I touch it,” he says. “When you’re recording an album, you record all of the drum tracks first. Then the bass player comes in and lays down all of the bass. So in music, you’re building everything layer by layer by layer. Then you add the fun—the sizzle. This is how I paint.”

In the last year, Rogers has expanded his body of work by photographing his paintings and converting these photos into additional art pieces. “I look really closely at my paintings,” he explains. “I’ll put little grid lines with post-it notes all over the canvas—it’s like I’m mining for images to shoot.” With a highly sophisticated camera, Rogers captures miniscule moments from the canvas and blows them up into dramatic forms. He has also experimented with producing these photographs on metal.

“This new art form is truly a synthesis of everything I’ve done,” Rogers says. “I learned photography before I could paint. I learned music before either of those. Now all of them have come together in this art making and it feels good to me. The culmination of all of my experiences hasn’t been wasted.”