On Saturday, April 29, more than 400 well-heeled and big-hearted Chicagoans will gather for UNICEF’s Hope Gala with the goal of raising $1 million to aid the world’s children. This year marks the international organization’s 70th anniversary—the overall theme of the evening—pushing its mission to the forefront through interactive opportunities to learn more about UNICEF’s history and vital work across the globe. 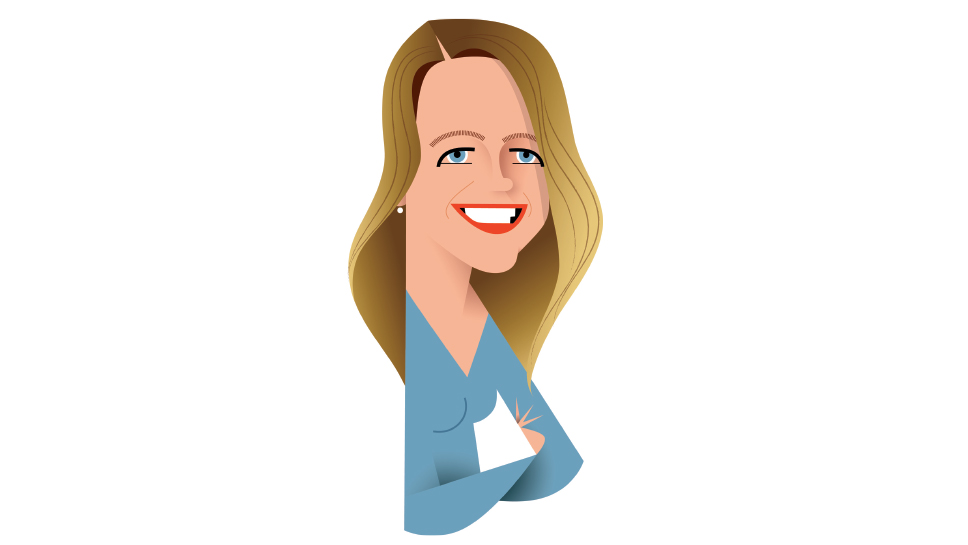 This month’s Hope Gala celebrates the global impact of UNICEF with a fundraising goal of $1 million to help children survive and thrive all over the world. ILLUSTRATION BY KIRSTEN ULVE

Among the committee members for this year’s Hope Gala is Glencoe’s Hilary Scott, a member of the Midwest Regional Board of Directors, U.S. Fund. Scott’s first introduction to the organization was during her childhood on the North Shore through Trick-or-Treat, one of UNICEF’s longest-running programs, now in its 67th year.

Wife to Sean Scott, of Whitefish Bay, Wisconsin (Milwaukee’s north shore), the North Shore Country Day alum now has trick-or-treaters of her own: two boys, ages 8 and 10. Scott started down the volunteer path not long after college, connecting with Chicago Youth Centers’ young professionals group, where she was asked to start a mentoring program for college-bound students in underserved areas. Feeling like she found her niche, Scott went back to school for social work, turning her volunteer work into her “9 to 5.”

In 2011, Scott was drawn to UNICEF. That year, she attended UNICEF’s Chicago Humanitarian Awards, saying, “I had worked in child advocacy in different ways for most of my adult life, so with UNICEF there was a natural connection. By that time, I had become a parent, which really brought the significance of UNICEF’s work into focus for me.”

From that moment on, she has lent her skills and enthusiasm in helping to plan and coordinate events for the organization, which she believes “makes the highest and best use of volunteers’ time by engaging each individual’s skill sets and interests,” and emphasizes what a “privilege it is to be associated with UNICEF in any way.” She adds, “UNICEF draws from such a diverse group of volunteers, and our Gala Chair this year, John Luce of KPMG, is a consummate professional.”

Now in its 10th year, the Hope Gala, which originally started as a fashion show under the name Designs of Hope, is held at The Geraghty, Tom Kehoe’s “huge and airy” event space in Chicago’s Pilsen neighborhood. The evening will feature a seated dinner, entertainment from Ken Arlen Evolution Orchestra, a silent auction, and a raffle offering four Cubs tickets. The live auction will place a private in-home chef party for 20 people from Chef Giuseppe Tentori of GT Fish & Oyster and GT Prime, jewels from Geneva Seal, a rare bottle of Cognac from LOUIS XIII, a seven-night stay from Baglioni Hotels in the Maldives, and two tickets to the VMAs, among other covetable items and experiences up for bid.

The part of the evening that is closest to Scott’s heart, however, is the UNICEF Inspired Gifts—actual items that directly help children in need. In the past, the committee has set up an emergency tent in the venue to showcase these items in action. “These common sense solutions really resonate with guests. What always strikes me is the connection between the significance of the item and its cost, which is usually very affordable. This is emblematic of the message of UNICEF: it’s very simple and cost-effective to do the right thing for children.”

UNICEF works in more than 190 countries and territories to put children first, saving more children’s lives than any other humanitarian organization by providing health care and immunizations, clean water and sanitation, nutrition, education, emergency relief, and more. Audrey Hepburn never forgot the aid she received from UNICEF as an adolescent in post-World War II Holland, becoming its Goodwill Ambassador in 1988. Scott, who has traveled with UNICEF to Washington D.C. to storm the Hill and advocate for funding and on a field visit to Tanzania, touring schools, has this advice for those interested in a similar volunteer path: “Get interested, ask questions, stay curious, and follow through.”

For more information on the Hope Gala, visit unicefhopegala.org.