Nearly 10 years ago, after Dr. Joanne Smith was unexpectedly tapped for the top job as president and chief executive officer of the Rehabilitation Institute of Chicago (RIC), she intuitively knew the hospital needed to redefine its mission.

“When I became CEO, people began talking to me differently than they had when I was an attending physician,” explains Dr. Smith. This shift led her to also begin thinking differently about health care. 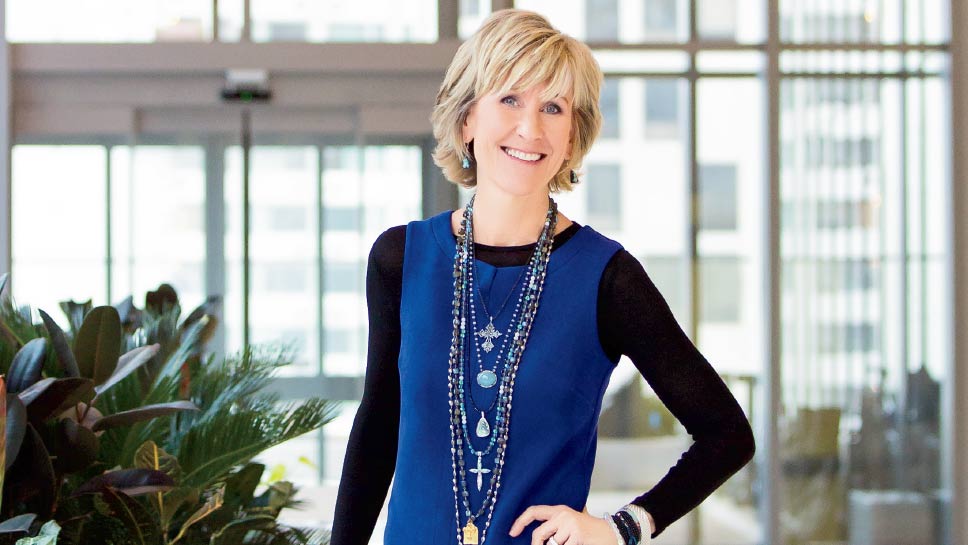 As the state-of-the-art Shirley Ryan AbilityLab prepares to welcome patients at the end of March, President and CEO Dr. Joanne Smith and namesake Shirley Ryan reflect on what it means to be creating a new category of medicine. PHOTOGRAPHY BY ROBIN SUBAR

One incident she recalls very vividly as a catalyst for this new approach involved a patient whose parents were preparing to take him home after he had spent months at RIC recovering from a brain injury.

“As they were leaving, the mother teared up and told me that they wanted me to add their son’s name to the list of people we could care for when we had a cure for his condition,” she says. “We didn’t have a list, but I knew what this mother meant. She was hoping for a cure and it became clear to me that we needed to be advancing medicine in such a way that a cure would be possible.”

This prompted Dr. Smith to assemble a team of experts and to talk about the hospital’s future.

“In addition to us simply not having enough space to treat all the people who came to us, it was time for us to create a new vernacular,” says Dr. Smith. “Rehabilitation is a process and a great one—one that we knew how to do really well at RIC—but it’s not an outcome. I wanted our processes to have an end effect on the patient.”

Dr. Smith and her team landed on the word “ability” as the cornerstone of their mission, as well as part of the naming scheme of the new hospital. “We want to advance human ability. Ability is our code word for recovery and cure. The entire organization adopted that word with great passion and vigor,” Smith says. “That promise of ability didn’t come from the people in our office—it came from the eyes of our patients.”

Scheduled to welcome patients for the first time on March 25, the nearly complete AbilityLab is not just a new research hospital. It is a new kind of research hospital, one that is creating a new category of medicine. RIC has invested $550 million in this innovative prototype for the future.

Winnetka’s Pat and Shirley Ryan made a gift to the hospital that Dr. Smith has called “transformative,” saying it’s the largest charitable investment in the organization’s 63-year history. For this reason, the hospital will be called the Shirley Ryan AbilityLab.

Ryan notes, “Pat and I began conversations with Dr. Smith about supporting the new hospital in 2010. As we learned more about RIC’s transformation and of its new name — AbilityLab — we were completely captivated; it took our breath away. We were struck by the idea of not rehabilitating patients, but fostering their ability and potential. We were moved by the concept of embedding scientists, doctors, technologists, innovators, and patients, all side-by-side in the clinical space to advance treatment and find cures. We knew that the AbilityLab would be the only hospital of its kind in the world, and we wanted very much to be a part of it.”

Dr. Smith notes, “Our model ensures research is sparked, developed, and applied through innovation inspired by our patients themselves.”

There has been great attention spent on the special details that will make the facility more comfortable for patients—inspiring artwork, healing gardens, light-filled rooms, and spacious suites.

“No one ever wants to be in a hospital,” adds Dr. Smith. “But when they are with us, we want their environment to aid in their recovery.”

One North Shore resident knows the inside of a hospital first hand and looks forward to the incredible work of the new AbilityLab. Wilmette’s Renée Crown spent 102 days at RIC after an automobile accident. She notes of her experience, “They were an excellent, dedicated, and knowledgeable group of people, who are the reason for my most fortunate recovery. The new facility, which Shirley and Pat have supported immensely, will be able to help so many people with the advanced technology and equipment. It is an outstanding and needed addition to the medical community.”

The ribbon-cutting ceremony at the Shirley Ryan AbilityLab will take place on March 16. To learn more, visit ric.org. 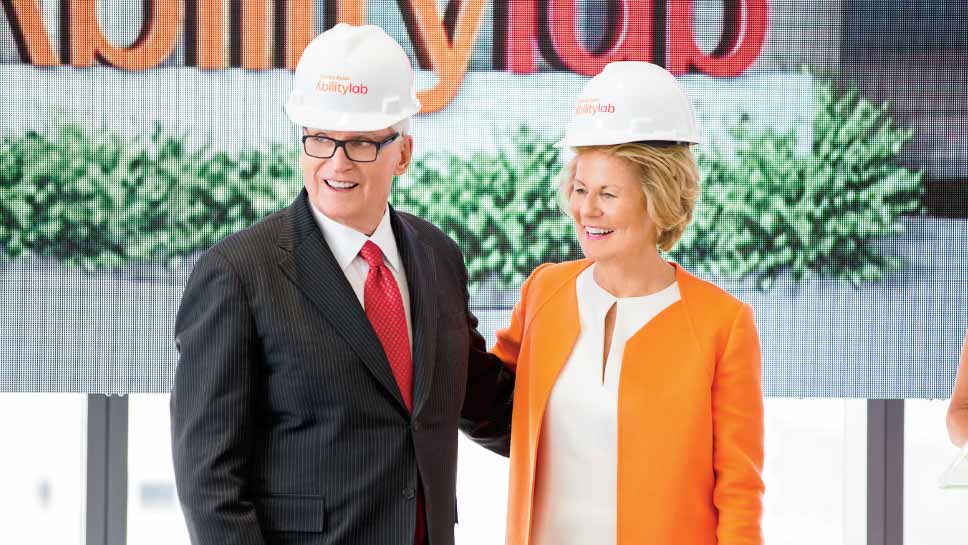 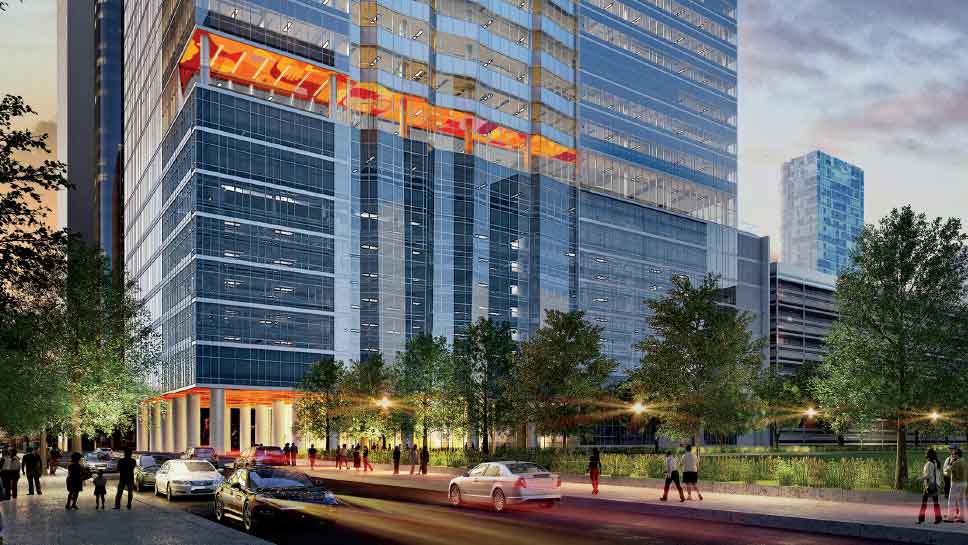 Rendering of the exterior of the Shirley Ryan AbilityLab. 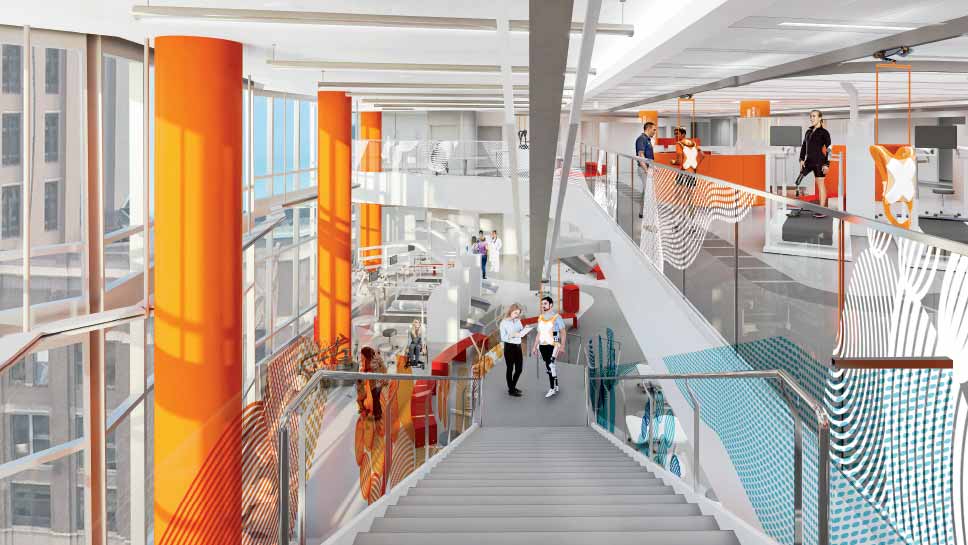 Rendering of the
Arms + Hands Lab