The North Shore has been watching Bill O’Neil’s work for decades. He’s called the shots and edited the always-entertaining exploits of the Smithe brothers in every one of their commercials for Walter E. Smithe furniture for the last 15 years—“That’s Smithe with an E.” His work for companies like Feldco Windows, Bedding Experts, The Great Escape, Peapod, Back to Bed, Four Seasons Heating and Air Conditioning, and so many more play during commercial breaks like 30-second mini-movies, pairing a company’s branding with quick, captivating storylines and punchy jokes.

“My mom used to say, ‘Billy, I saw three of your commercials in a row on TV, it was like the Bill O’Neil segment.’” O’Neil says. “I’ve always been sort of a one-man band. It’s fun to come up with ideas when the client asks me, go shoot them, cut them together, and write the music for them.” 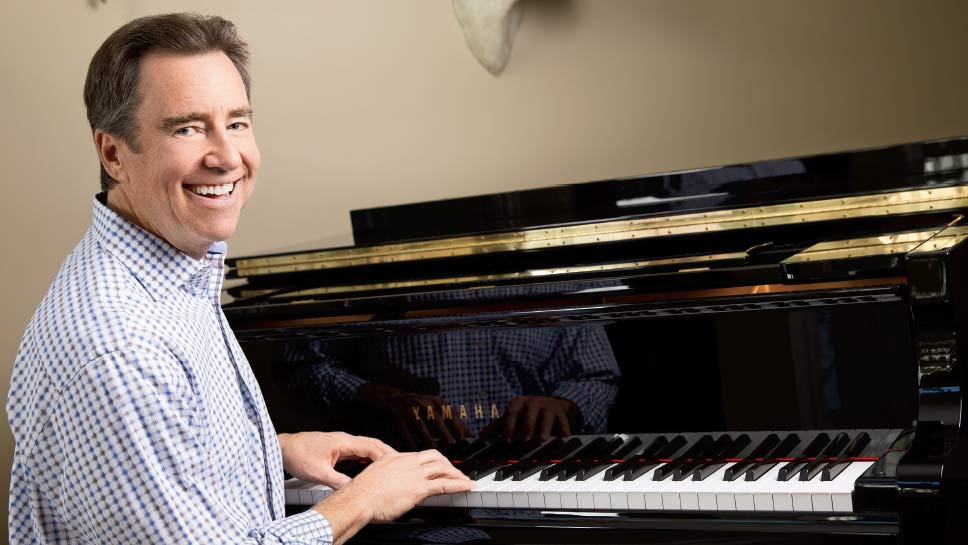 Wilmette’s Bill O’Neil has made a career of crafting entertaining mini-movies, delivering a company’s branding with a healthy dose of laughter. PHOTOGRAPHY BY ROBIN SUBAR

His career as a filmmaker began at New Trier High School in 1976, when the school was one of the only high schools with a cinematography class. O’Neil would check out a Bolex Super 8 camera over the weekend, shoot a movie with his three brothers, take the film to the pharmacy to “have it souped” aka developed, and then play the films at school.

O’Neil’s fascination with film drew him to Los Angeles where he pursued it professionally in music videos and commercials while making short films on the side.

Much of his professional work was in the realm of stop-motion animation, a practice of moving small models one frame at a time in order to simulate smooth motion, an effect popularized in holiday films like Rudolph the Red-Nosed Reindeer. He worked at a post-production house called Apogee alongside founder and legendary post-production master John Dykstra, who won his first Academy Award for his work on Star Wars. O’Neil directed and animated the stop motion segments of the television show Pee Wee’s Playhouse whenever Pee Wee opened the refrigerator, and he was the last animator to breathe life into the expressive little Pillsbury Doughboy before they moved to computer animation in 1993.

“The Doughboy never looked the same,” O’Neil says. “Kind of like the second Darren on Bewitched. It would take weeks to animate him by hand. Move him, take a frame, move him a little more, take a frame; you’d spend all day on three seconds. He was made out of foam over very sophisticated ball and socket armatures.”

One of his most notorious video shorts constantly resurfaces on the program The ‘80s: The Decade that Made Us on the National Geographic channel. Dressed in a suit and tie, O’Neil raps his way through the daily habits of the 1980’s yuppie have-it-all lifestyle. He called it Yuppie Rap and it was the 1989 version of a viral video, in constant rotation on TV shows like Night Tracks.

He also wrote the music to the track, a skill-set he continues to employ in his commercial career. He’s responsible for the Four Seasons Heating and Air Conditioning jingle and the now retired Back to Bed jingle reminding the viewer to “make yourself comfortable.” Whether it’s a horn-filled pop number for a local shop or a guitar-driven rock tune for the Chicago Wolves hockey team commercials, O’Neil evokes all musical genres and styles for his different spots.

A visit to O’Neil’s in-home editing suite has walls and shelves of memorabilia from his long commercial career. There’s a framed picture of him switching out the Pillsbury Doughboy’s head; another of him directing Elvira when Midway Games released her pinball machine. A drone that shoots native 4K footage sits in the corner waiting to capture amazing flying shots of Peapod’s distribution center or any number of merchandise showrooms. The shelves hold his two Emmy awards, earned for Smithe brothers spots, and line-ups of Telly and Philo awards for a variety of other commercials.

“I’m a filmmaker at heart, not a salesman,” O’Neil says. “The companies I work for want to sell stuff, but you need to give the audience a reason to watch. Ten seconds of something funny and then sell them with the last 20. The great thing about the Smithe brothers is that they really let me be a filmmaker. They were willing to put themselves out there and differentiate themselves from other furniture companies as three real guys. There’s a warmth to that that isn’t like a ‘pan the showroom’ commercial.” 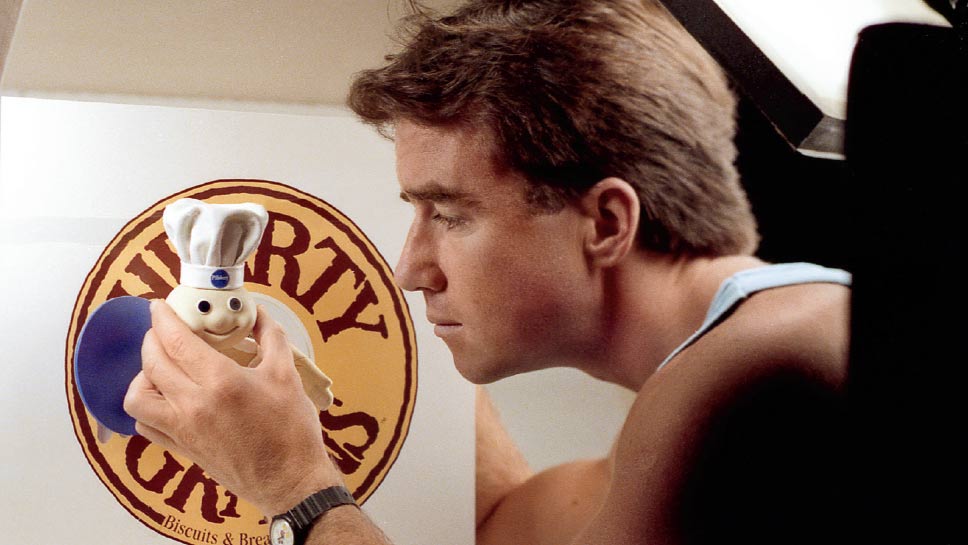 O’Neil working on the Pillsbury Doughboy project several years ago.