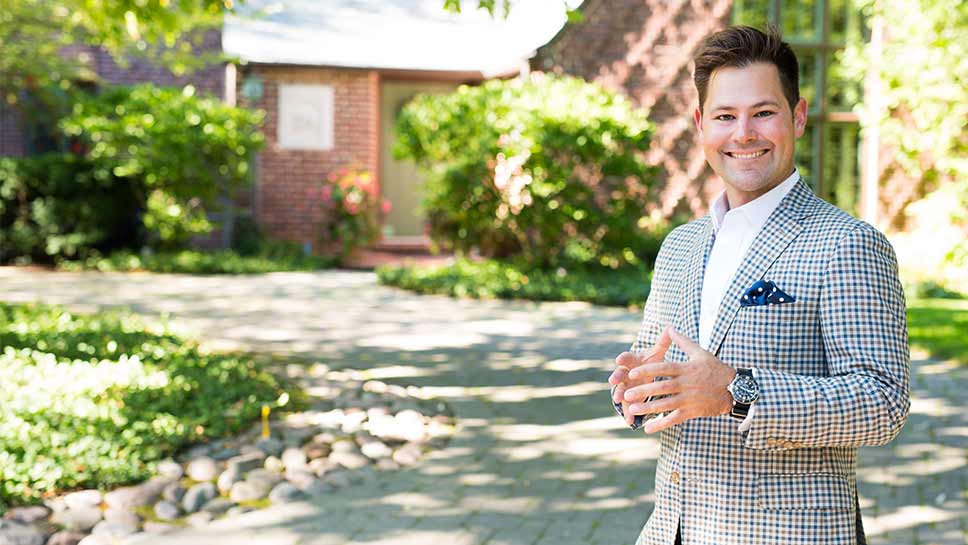 Highland Park native JAY KOZIARZ is the Associate Editor of Curbed Chicago—Chicago’s go-to online source for real estate, architecture, and neighborhood news. When he’s not traveling, playing hockey, or curling—here is how this busy editor stays on trend. PHOTOGRAPHY BY ROBIN SUBAR

“I just wrapped up the sci-fi novel Aurora by Kim Stanley Robinson. It’s a fascinating look at how humans interact with their environments, both natural and built. I’m currently working on Daniel James Brown’s The Boys in the Boat, the true story of the American rowing team at the 1936 Berlin Olympic games. I first crewed in high school at Culver Academies and still occasionally practice on the lagoon with the Lincoln Park Boat Club.”

“A bit of a Broadway nerd, I’ve recently revisited the soundtrack from Hamilton to get myself psyched-up for the touring production’s upcoming stop in Chicago. I rock out to David Bowie on an almost daily basis and have a hard time saying no to any up-tempo ‘future funk.’ The last concert I attended was a Skylar Spence/Saint Pepsi’s gig in Logan Square.”

ON HIS MOBILE
“When it comes to local architecture and design, I get my news from a number of traditional outlets including Chicago Tribune columnist Blair Kamin. Forgotten Chicago on Facebook, and Reddit is another great resource when it comes to learning about the Windy City’s architectural history. I’m a rabid fan of sports car racing so I also follow UK-based Radio Le Mans. Their humorous weekly podcast is like a mash-up of motorsports and Monty Python.”