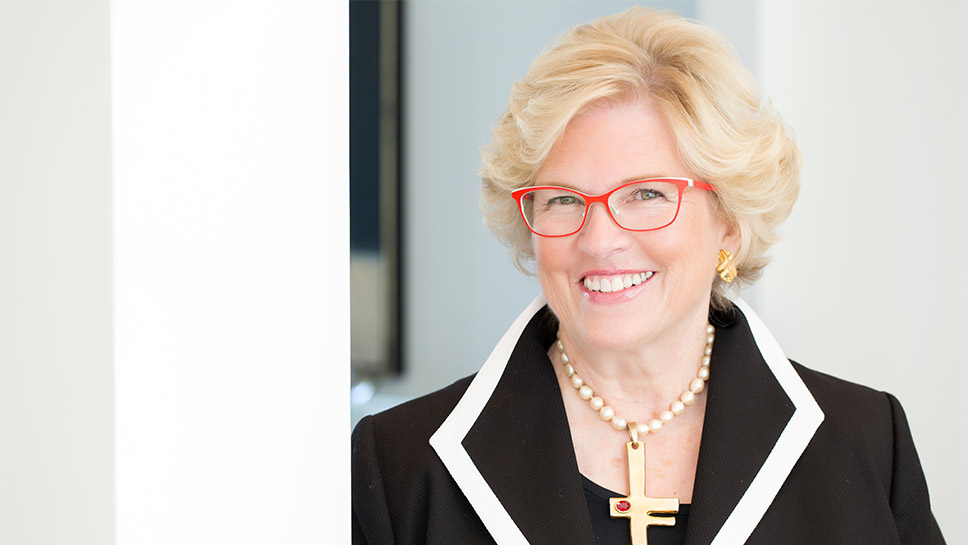 Nancy Whitmore Smith established her career as a renaissance style painter by experiencing a semi-rebirth of her own. As her children grew and headed away to college, Smith recalls sitting in the living room of her Lake Forest home and thinking about how she was going to move forward. She decided it was time to return to the interest in art that she had enjoyed in her youth. Soon, she was enrolled in a class at the College of Lake County and a new focus was born.

It started with a course on drawing instruction. Then, a one-week workshop guided by teacher and curator, Steve Jones, with a visiting Master painter, Patrick Beataudier, Director of the Atelier Neo-Medici in Monflanquin, France. Smith says this was a turning point for her studies and career. “I loved it and asked, how can I get more?” A few months later, joined by her daughter, Katherine, also an artist, Smith was living in Monflanquin, a small 12th century village located between Toulouse and Bordeaux. 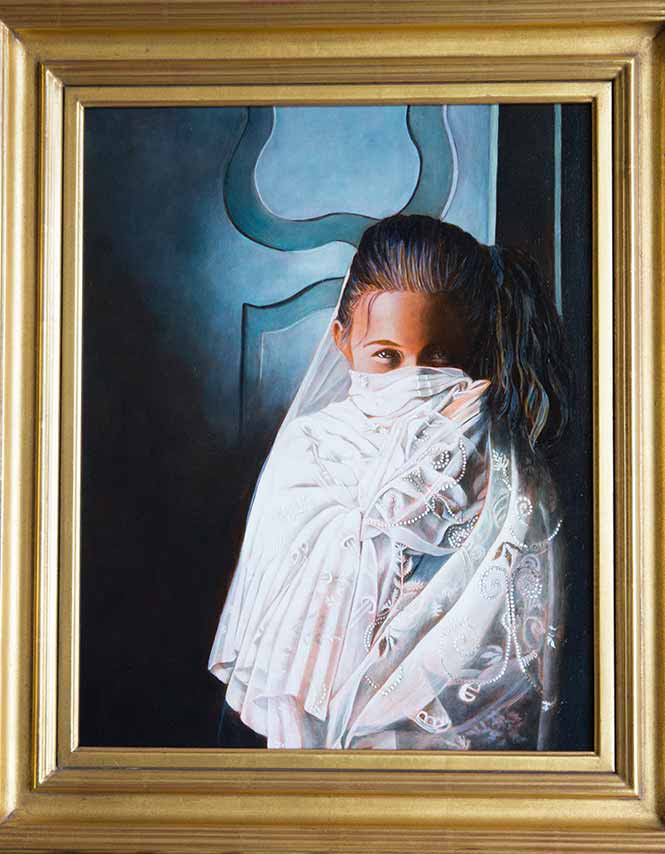 Amongst Smith’s first studio assignments would be one of her monumental works, The Seven Deadly Sins, a painting where the human struggle is depicted with a contrast of allegorical and historical imagery. Unclothed figures attempt to climb to the top of a stone wall, symbolic of “the same struggle no matter what social level, race or age,” notes Smith, as “each person pulls and tugs, at times only thinking of themselves and their own needs.” As the eye moves through the canvas a group of little girls, the Dionne quintuplets from Canada, are featured on imbalanced chairs. Their story was sensationalized in the 1930s and 1940s, and Smith has painted them at age seven “to go along with the theme, and when they were at the prime of their cuteness,” before a darkness of vices took over so much of their upbringing. In the background, an arch reveals a glimpse of light, an optimistic hint at the “hope for tomorrow.”

Smith’s technique evolved over time. She begins with a graphite rendering for accuracy, followed by the addition of earth tone tempera and semi-transparent color glazes. The effect achieves “depth, color, and luminosity,” says Smith, who strives to find the perfect blend of intrigue, encouraging viewers to repeatedly look again.

When a moment captures her attention, Smith will often snap a photograph and spontaneously find her next study. Two compelling works include Christine, featuring a classmate in France caught gazing out an apartment window, and Lorissa, the daughter of a seamstress Smith hired to make cushions for her home. “I asked Lorissa to drape a curtain around her for a photo shoot just for fun and she went over to the window and swooped it up over her shoulder,” recalls Smith, “I knew I had my next painting subject.” 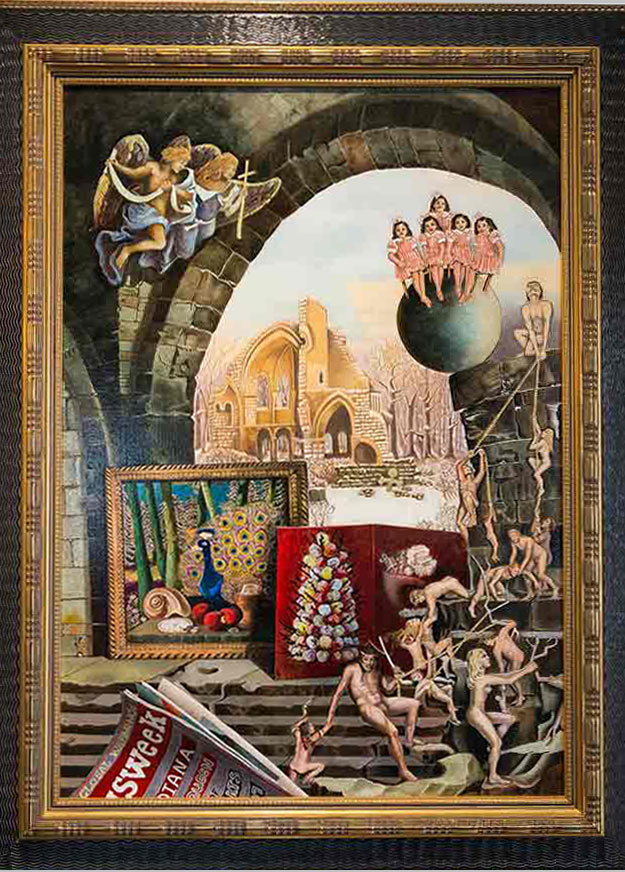 Introspection and instinct is apparent in her art and her personal pursuits. Smith left Fairfield, Iowa, where she was raised, and moved to Chicago in her early twenties. When she walked into an interview at Skidmore, Owings, and Merrill, she remembers thinking, “Wow I’d really like to work here,” and the next morning was at her desk. Not too long after, colleagues invited her to join for drinks at a bar near the office. “It was February 29, 1968, Sadie Hawkins Day,” Smith points out, and the night she met Adrian Smith, an architect just starting out at the firm. They married and moved to the suburbs, where today, each maintains their own studios at home.

Both Smith and her husband, now a proprietor of Adrian Smith + Gordon Gill Architecture, and renowned for some of the world’s most recognizable and tallest structures, such as the Burj Khalifa in Dubai, collect fine and decorative arts that range from post-war and contemporary to Biedermeier. Their 100-year-old home, referred to by Smith as looking like a “Mount Vernon” style structure, also features one of her earliest paintings that is itself an all-American scene. “This is what we used to do in Iowa,” remarks Smith, of the work she completed at 16 years old, showing children bundled up in colorful garb and sledding on a sheet of crisp white ice in the park.

“I wanted to be an artist since I was young,” shares Smith, when reminiscing about a special letter sent from her sister writing about when they were little and she remembered walking into Smith’s room to find her standing-up in the crib, air-painting all of the furniture and toys around with her finger as a brush. The note was a validation for Smith, who is very sentimental and frequently places time capsules throughout her house, because it reaffirmed her decision to go back to art years later. “Being an artist is a gift that I have been blessed with—a divine intervention,” says Smith, in true renaissance spirit.