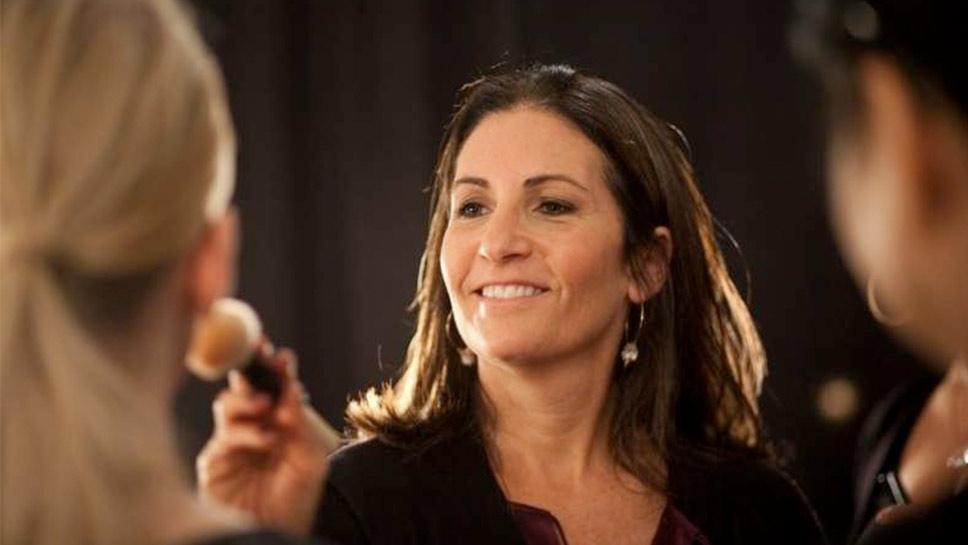 When Bobbi Brown Cosmetics launched in 1991 at Bergdorf Goodman in New York City, she had an edited collection of 10 brown-based lipstick shades for sale. On her first day in business, she sold more than 100 tubes of lipstick, a number she hoped to sell in her first month. Bobbi Brown never imagined her company would grow to become the No. 1 makeup artist brand founded by a woman, with one of its iconic Shimmer Bricks selling somewhere in the world every minute.

From salmon to beige to brown, Bobbi Brown’s flattering tones stood out from the bright, garish lipsticks that were the trend of the 80’s. With every product launch thereafter, it has been Brown’s mission to deliver a range of makeup colors and products that works for all skin tones, as well as meets the needs of women around the world. Celebrating its 25th anniversary this fall, Bobbi Brown Cosmetics continues to define both the way women wear makeup and the way they see themselves.

“I started this brand to empower women, and I have met so many women along the way who have inspired me not only through their beauty but also through their stories,” says Brown. “I feel very lucky to do what I do because I’m doing what I love, and it doesn’t feel like work to me. I can only hope to continue to empower and inspire women as my brand grows.”

As part of that ongoing philosophy and to mark 25 years of the brand, Bobbi Brown Cosmetics is celebrating its original mantra “Be Who You Are” with a new campaign that embraces the brand’s past, present, and future. Anchored in self-confidence, the campaign pays tribute to the brand’s ideology from the beginning: that with the right makeup, tools and knowledge, a woman can look like herself only prettier and more confident. The concept that makeup could celebrate individuality regardless of passing trends was disruptive 25 years ago. Today, it is a part of a global empowerment movement that Brown is proud to have helped pioneer.

“I love a cleft in a woman’s chin,” says Brown. “I love really pale skin. I love deep-set eyes, extremely full lips, and strong noses. For me, it is not, ‘Oh, how do I fix it?’ Rather, it’s claiming the features that make you who you are and making the most of them.”
With her less-is-more approach, Brown stood out in an era defined by over-the-top unnatural beauty and soon, her brand became synonymous with the natural makeup look. The desire to embrace fresh, clean, and modern beauty began with Brown’s drive to feel comfortable in her own five-feet-tall skin in a North Shore tree-lined neighborhood of Chicago. To this day, her family remains in the area so Brown is able to run along Lake Michigan, enjoy her favorite Dover sole at RL Restaurant, and pop in to see body guru Dr. Richard Arrandt when she is visiting home. 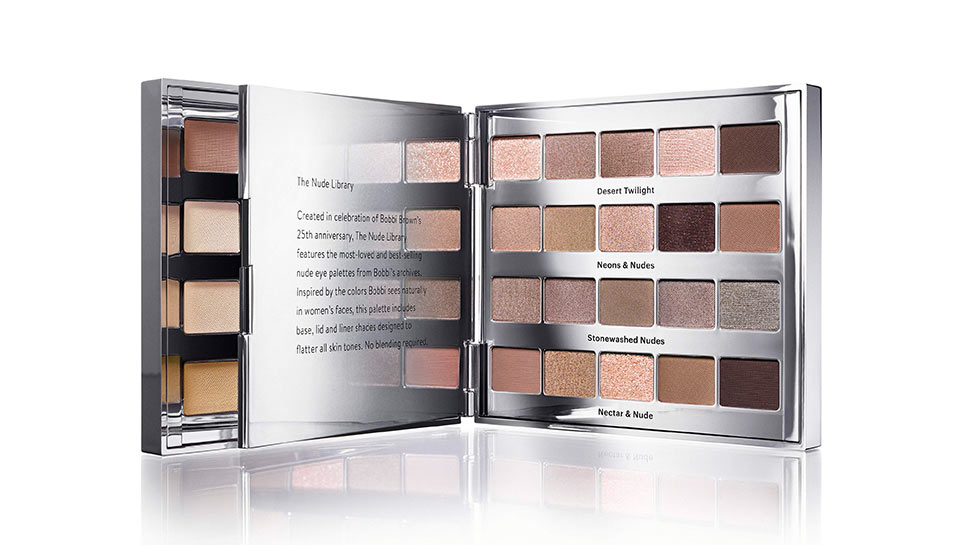 “When I was a teenager, I aspired to be tall, thin, and blonde like the popular models of the time,” says Brown. “It was only when I saw the movie Love Story and the actress Ali McGraw with her dark hair and barely visible makeup that I felt pretty. That’s how my makeup style was born.”

Brown’s self-described normal and happy upbringing, which involved playing with her mother Sandra’s cosmetics and numerous trips to the beauty counters at Marshall Field’s, inspired the confidence that allowed her to follow her dreams. Brown soon discovered those dreams involved makeup at Emerson College, a school in downtown Boston where she studied theatrical makeup. “When I found Emerson, I found myself and my passion for beauty,” says Brown.

In the years that followed, Brown relocated to New York City to pursue a career as a professional makeup artist, working with renowned photographer Patrick Demarchelier and supermodel Naomi Campbell. It was only when Brown became frustrated by the lack of flattering shades in the industry that she decided to partner with a chemist to create her own brown lip color designed to look like lips, only better. Just four years later in 1995, Bobbi Brown Cosmetics was acquired by The Estee Lauder Companies with Brown retaining complete creative control and staying involved in every part of the process, from production to artistry to design.

Under the Estee Lauder umbrella, Bobbi Brown Cosmetics has evolved to offer 650 different products, including the recent Retouching Face Pencil and Retouching Wand launches, and is sold in more than 71 countries worldwide in nearly 2,000 locations, more than 70 of which are free-standing Bobbi Brown stores.

But the brand is more than just facts and figures. In 2013, Bobbi Brown debuted its global charity initiative The Pretty Powerful Campaign for Women & Girls in the United States, United Kingdom, Hong Kong, Korea, and South Africa. The project is dedicated to funding non-profit organizations that strive to empower women and girls through education with 100 percent of the purchase price of a limited-edition product going to such programs. In 2014, Bobbi Brown partnered with the Girl Rising Fund, a non-profit that drives resources to effective girl-empowerment programs in the developing world.
When the campaign launched, it signaled a paradigm shift in the beauty industry. Featuring countless real women transformed from “pretty” to “pretty powerful,” the message was uplifting, engaging, and iconic. With before-and-after photos, videos, and testimonials, the campaign spoke to women as only Brown does—in an honest, real, and approachable way.

“Pretty Powerful showcases real women because I wanted to show women that there is not just one definition of beauty,” says Brown. “Pretty Powerful is about being comfortable in your own skin, knowing what’s important to you, and doing what makes you happy. When you feel good about yourself, there is no limit to what you can do—and that’s pretty powerful.”

It seems there may be no limit to what Brown can do. In addition to running her business, Brown has written eight instructional and engaging beauty and lifestyle books with over one million copies in print, many of which went on to become New York Times bestsellers. She is a permanent fixture backstage at New York Fashion Week, having worked with some of the industry’s most influential designers including Tory Burch, Stella McCartney and more. Brown has been honored with Fashion Group International’s Beauty Star Award (2008); and was appointed by President Obama to the Advisory Committee for Trade Policy and Negotiations (ACTPN).

Not only is Brown managing an empire, but she also raises her three boys, Dylan, Dakota, and Duke, with husband Steven Plofker, an attorney and real estate developer, in Montclair, New Jersey, reminiscent of her North Shore roots. It makes sense, then, when Brown says that the question most often asked of her is how to look less tired.

“I always say corrector and concealer,” answers Brown. “It is the secret of the universe, as it instantly makes you look like you’ve had eight hours of sleep when you may only have had five. I never leave home without it.”

It comes as no surprise that many women believe Brown to hold all the secrets of the universe—with the exception of her favorite aunt Alice, who Brown says thinks it is funny that she’s become a hero to women for advising them to use blush and quips, “I could have told people that.”