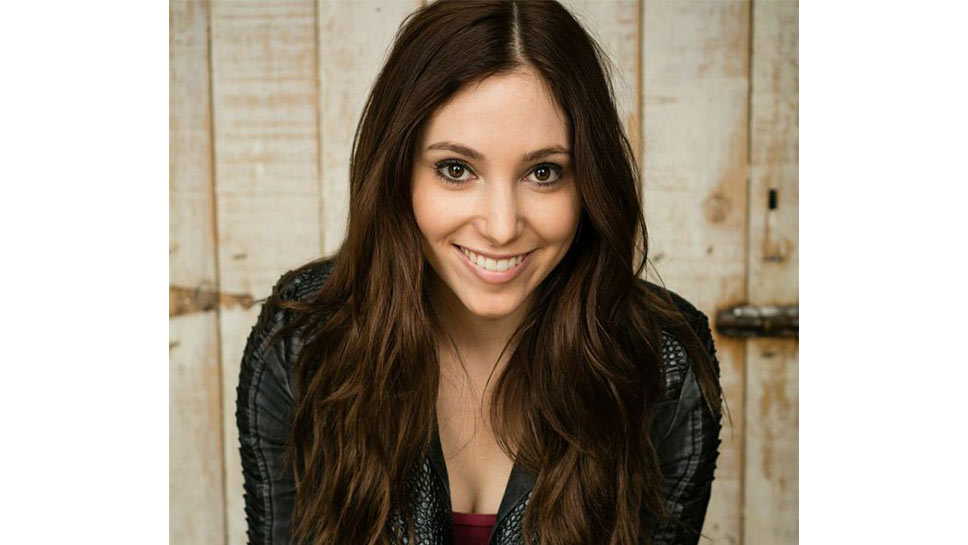 Hannah Brown’s determination has landed her a role in Tony n’ Tina’s Wedding.

Hannah Brown, a native of Highland Park, is a model of delightful perseverance. After years of labor in the theatrical trenches, she has just scored the lead role in the highly anticipated revival of Tony n’ Tina’s Wedding, a contemporary classic renowned for its real life improvisations and highly comedic audience interactions. Here Brown talks about the show’s lovable but demanding Italian heroine and how her experiences in Highland Park prepared her for the challenging world of professional acting.

Sheridan Road: Are you excited about the show’s improvisatory nature?

Hannah Brown: I’ve always been intimidated by improv. I like a script. But, on the other side of that, when I was growing up, I was always coming up with characters and messing with my family. So, I think I may be more prepared than I think I am. It also helps that all the characters in the show are so strong. I think as long as we dive headfirst into them, it will be easier to interact with people.

I’m drawing inspiration from more than one Real Housewives’ cast member. I feel that they are all very extreme. I’m thinking of Melissa Gorga from New Jersey and Bethenny Frankel from New York. Also, I’m drawing from myself. It’s really funny because there are parts of me that are just like Tina. I don’t think I am as naïve as her, but I do have this childishness when it comes to my family. I was the youngest for a long time. When you don’t get your way, you have these grown-up temper tantrums.

You’re performing the show in an actual church. That’s not how it’s always performed, is it?

Funny enough, a big part of the reason I auditioned was because my dad was friends with a woman named Moira Wilson when he was growing up. She moved to New York and was one of the original writers and one of the original cast members of Tony n’ Tina’s Wedding. When she heard that they were doing it here, she told my dad that she thought I would be great for it. I contacted her and found out about the original production. They, originally, did it in a church. I guess the first few audiences didn’t even know it was a show. They thought it was a legitimate wedding until word got out. It was subtly performed because they wanted to pull the wool over the eyes of those cultured New York theater goers.

How has growing up in Highland Park shaped you?

As an actress, I was lucky to grow up there. Highland Park High School has such a rich theater program. Although, I was never that kid who was always a shoe-in for the lead roles. If fellow students were directing, I got the meaty parts. But, I may have just gotten nervous in other auditions. I had to really work to get whatever I got. That really prepared me for acting professionally, though. You get a whole lot of rejection before you get a part like Tina. I owe a lot of why I continued acting to a teacher there named Tim Conway. He passed away last year. He was the one who lit a fire under my butt to keep trying. I would always email him when I got roles. I definitely would have invited him to this. So, I’m doing this for him, too.