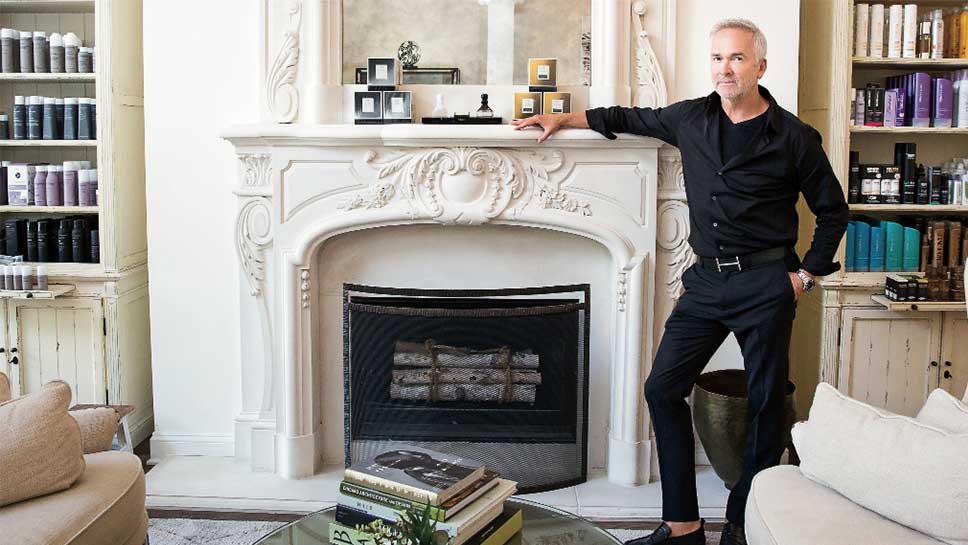 “We’ve had an incredible response from the community,” says Paul Rehder, salon founder and owner. “It’s been an amazing two years, and we couldn’t be more pleased.”

Rehder had been in business for 28 years in Chicago when he was visiting Winnetka and fell in love with a property on Green Bay Road. He loved the building’s light and space, and thought it would make a great second salon.

“We had a lot of clients that traveled to the city from the North Shore, so I really wanted to be able be better accommodate them,” Rehder says.

On a whim, he stopped by the building the next week to inquire about availability, and discovered the furniture store that occupied it was moving to downtown Chicago. It seemed serendipitous to him. This fall, the salon will be expanded an additional 2,500-square-feet.

Along with salon expansion comes two other exciting developments. Paul Rehder Salon was invited to enter the Goldwell Master Colorist Program, which is considered to be the highest level of education in the industry for colorists. After the program, all colorists from both the Winnetka and Chicago location will be certified master colorists.

“This is a big deal for us, because it’s the first time this has actually taken place in the Midwest,” Rehder says. “It’s only been done in coastal cities before, so this is a big shot in the arm for us and we’re so honored to be asked to host.”

The salon will also start featuring beauty treatments this year, such as makeup and eyebrow maintenance.

“We’ve been doing a lot of research and have put together a curated line of beauty products, so now our clients can expand from doing their hair to having their makeup done, eyebrows perfected, and more all under one awning,” Rehder says.

He says these new features will help his salon stand out, but that it’s the people he employs and his clients that really make a difference.

“It’s the magic of many things. I have a terrific team that’s devoted, loyal clientele, excellent customer service, the fortune to keep my talent and artistic team educated to the best of my ability, and a community that has really supported us. It’s a winning combination and I feel very, very fortunate,” he says.

Rehder started as a stylist out of beauty school, opened his Chicago salon at 27 with three employees, and now has two busy salons with over 100 employees. Despite the success of running a business, he always considers himself a hairdresser first.

“I stand behind the chair every day alongside my coworkers and I still love doing hair as much as I did when I first started,” he says.

“I was born and raised in Chicago. It’s my home and I love this city. Now I get the privilege and pleasure of being able to work in the city as well as in the North Shore. It’s a perfect combination and I feel like I’ve made a new family there. I couldn’t be more thrilled.”