Lifelong passions often take root—in this case, figuratively and literally—in a basic curiosity—an interest in learning how to do something better. For Winnetka resident Laura Linger, it was the desire to improve her gardening skills that brought her to the Chicago Botanic Garden in Glencoe.

“I had definitely learned the love and appreciation of gardens from my grandmother,” says Linger. “When my husband and children and I moved from the city, all I was really competent in doing in terms of gardening was watering houseplants. We moved to the suburbs and bought a home that had very lovely gardens.”

Calling her friend Mimi Carr (daughter of since retired Chicago Botanic Garden president Barbara Carr) “in a panic,” Linger was convinced to come out to the Garden to learn and become more confident in caring for her own gardens. 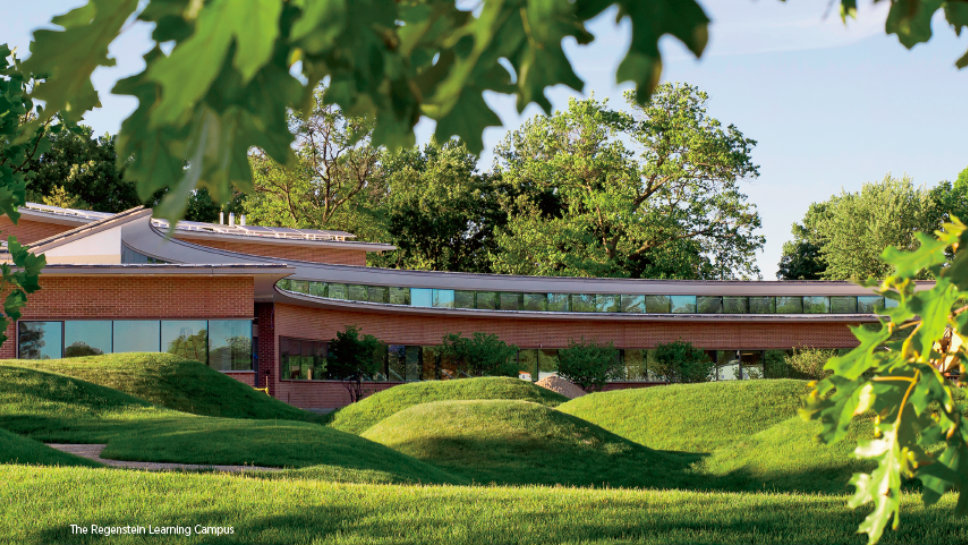 “I just found this world of wonder,” she says of her introduction to one of the North Shore’s most beloved outdoor spaces. “There’s so much there—it’s a spiritual place to commune with nature.”

Linger was easily persuaded to join The Guild of the Chicago Botanic Garden and has been a member of the Board of Directors since 2004. It’s a role that’s been a personal passion since she first started.

“I’m 12 years in and I’ve served on almost every committee,” she says. That exposure solidified Linger’s opinion that the Garden isn’t just a North Shore gem, it’s a global leader. “I liked to rotate around to understand it from every perspective, and one of those committees was the education committee. That’s where I really learned more about the Garden’s impact.”

Linger points to the well-established programming for all ages—from pre-school through the graduate-level—that informs leadership roles in ecology, horticulture, and land management.

“The impact the Garden was having on leadership is absolutely tremendous,” she says. “The graduate program, working with Northwestern, is 10 years old now and it’s had an extraordinary role in research, including internships for college graduates. 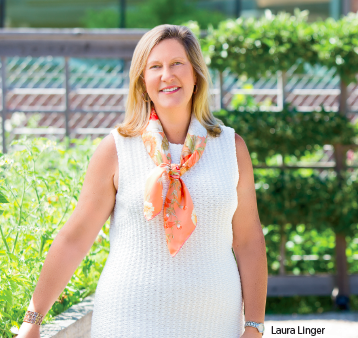 “The Garden takes in the students and teaches them land management skills and conservation best practices … and we’re taking the intellectual capital we’re creating and sharing that openly with other gardens and students.”

It’s that fierce commitment to lifelong learning for people of all ages and abilities that has been a continual focus of the Garden’s long-term planning, including its most recent 10-year vision, which includes the Regenstein Learning Campus.

“The gist [of the project] is a continuum of nature-based education programs for learners of all ages, interests, and abilities,” says Linger. “I think the Garden appeals to people who are lifelong learners, and there’s always something you can learn about or participate with in the Garden.”

Linger says the new campus, set for its grand opening in early September, will be the new home and centerpiece for both current and new activities, and includes a new multi-sensory garden with a water feature, indoor and outdoor classrooms, a nature lab, and a kitchen classroom.

“The Garden has been doing this programming [for a while] and I can’t say enough about this extraordinary staff—PhDs in early childhood education working out of temporary classrooms. This completely expands the ability to offer this kind of programming. We’re calling it a living laboratory of discovery.”

Larger-scale projects such as these are critical to implementing the Garden’s educational mission.

“I think it is important for those of us involved in sharing the vision to also share the message that this is not just a lovely place to go visit, but there is such significant work that is going on here,”

Linger notes, referring to the variety of education partnerships the Garden has established, STEM programming, and continuing education credits for educational professionals.

At the center of Linger’s love for the Garden, and its mission, is its ability to truly offer access to nature to people of all abilities—its design is such that it serves as a global model for other gardens working to improve accessibility for people with disabilities.

“I grew up learning and having an appreciation for the outdoors, starting with my grandmother, and aside from education, [the Garden’s] openness and support regarding those with disabilities tugs

at my heart. This was all built to create an even playing field.”