Country musician and Winnetka native Elizabeth Lyons doesn’t sit still for long. When we spoke, she had just returned from the Taste of Country Music Festival in New York, and the coming weekend is another festival with Sam Hunt and Chase Rice at CountryFest in Wisconsin, and a concert for the Macy’s iHeartRadio Rising Star Contest, where she will be performing as a Top 5 Finalist at the Skokie store. “Kiss FM is promoting it and I grew up listening to that station non-stop and shopping at Macy’s Old Orchard—it will be a really cool moment,” she says.

Though the 25-year-old lives in Nashville these days, she understands the importance in traveling back home every so often. So much so, in fact, that she penned a song titled “Made in the Midwest” for her sophomore album I’ve Never, which she released this February. Its chorus—“I’ve got that heartland heart and soul running through my veins, no matter where I go it’s going to show I was made, made, made in the Midwest”— is a strong reminder of the North Shore native’s home region. “It’s a tribute to no matter where you go, I believe it shows,” she says. “Midwesterners are kind, humble, and hardworking—I am so proud of my roots being in the heartland of America.”

Lyons attended New Trier High School, where she was in an array of activities, including musical theater, choir, and classical piano. But it wasn’t until a summer internship at a music publishing company in Nashville that she began learning the ropes of the industry and taking music more seriously. She decided to leave the University of Wisconsin-Madison. “I ended up transferring to Vanderbilt to pursue music and realized I needed to be down there if this was really something I wanted to make happen,” she says.

“It was the best decision I ever made.” When she was just a senior in college, she released her debut self-titled-EP, a six-song album that swept iTunes, Mediabase, and Billboard charts.

Videos quickly became her forte, as well: Her single “#PartyRules” charted No. 1 on the Country Music Video Chart on iTunes and No. 4 on CMT Pure channel, landing her right above Carrie Underwood’s “Something in the Water” video and right below Taylor Swift’s iconic “Shake it Off ” sequence. “It was out of this world,” she recalls, naming Swift as one of her biggest influences for entering the music realm to begin with. “I had seen what she was doing from a business perspective—that she was her own driving force—and that was really great for me to watch,” she says.

That early admiration morphed into emulation soon enough. While most artists require a creative coordinator, art director, publicist, business manager, social media coordinator and beyond, Lyons is a one-woman operation. “I thank my parents because they always told me that the best way to get things done is to do it yourself,” she notes. “I hope I can be a mentor and an example for that dreamer who wants to stay in school, finish college, and pursue the dream, because if you work hard, anything is possible.” 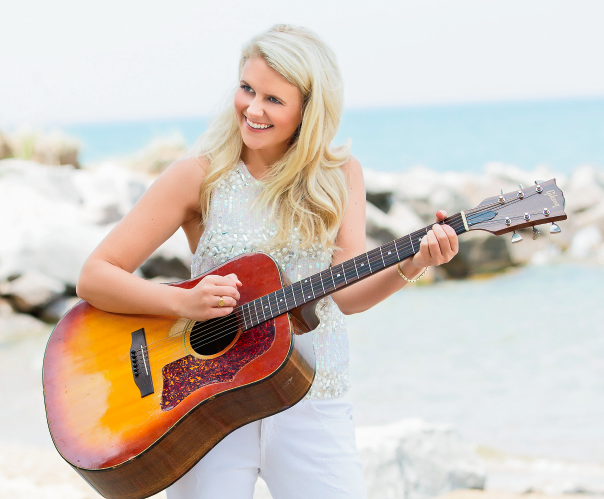 It seems that anything is possible for Lyons, including a second album inspired by the aspirations she, herself, never thought could come true. “I never thought I’d be following my dreams or releasing a second album or opening up for the artists I grew up listening to,” she says, referencing the Taste of Country Music Festival she just opened for Kenny Chesney. This summer there’s more. On Saturday, August 20, she’s playing a “Rock the Sox” show at Chicago’s U.S. Cellular Field before the White Soxtake on the Oakland As. While she credits much of her success to the inspiration gained from other independently started acts like Florida Georgia Line and Chase Rice, she also turns to three words of advice from New Trier Varsity Tennis Coach Jerry Karzen. “He always said to us, ‘more than anything, it’s about exercising patience, persistence, and perseverance.’”

Lyons hopes to deliver that message to today’s students during her I’ve Never tour, which has her speaking on behalf of the Country Music Association Education Chapters at universities nationwide about the inner workings of the music industry. “It’s hard when you’re at a school and don’t know where the music community is,” she says. “This is a great way for students to have that connection to Nashville, and I hope to make their music journeys easier by sharing what I’ve learned along the way.”

Lyons’ tour will wrap on September 17 in Clear Lake, Iowa—just five minutes from where she spent childhood trips visiting her grandpa, a musician who played with the likes of Hank Williams Jr. and Johnny Cash, and the first country star in her life.

The finale’s serendipitous location is just another example of life’s all too frequent full circle tracks for Lyons. “You have to always keep the faith, and you really never know where it will guide you,” she says. “It’s important for me to always be true to who I am and to never forget where I came from.”