When asked about the impetus behind his passion for art, James Lambert explains, “It all goes back to my childhood in Ohio. It manifested when I was very young. My teachers told my parents I was going to be an artist, and my parents were very supportive.”

Lambert, an oil painter, furniture designer, and practical jackof-all-trades, has found himself back in love with a passion he has always had and continues to circle back to again and again.

Lambert’s latest artwork, a series of large oil paintings, are an explosion of colors inspired by large crowdscapes, such as you would find at New Year’s Eve celebrations.

“The abstracts and colorful nature of my paintings are inspired by what you find) in a crowd, where you generally have the possibility for all the colors—I find that fascinating,” he says. 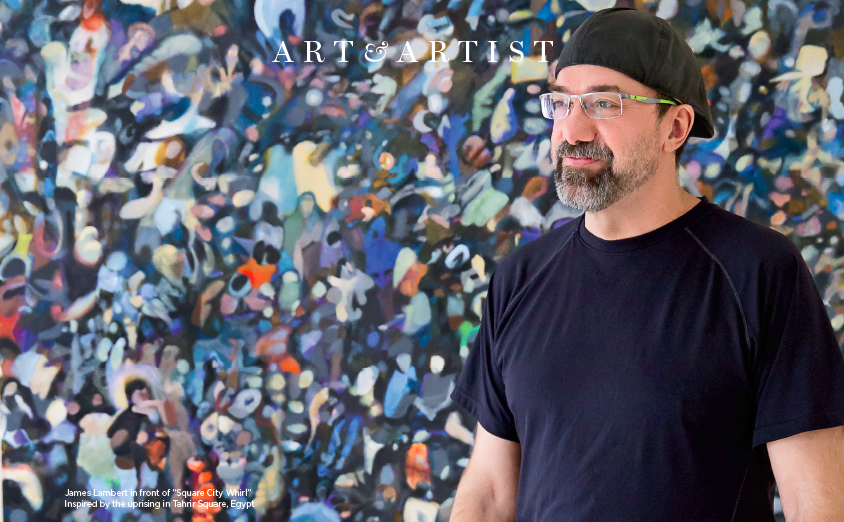 Lambert’s supportive parents sought out as many art classes as they could find for him. “They found oil painting lessons for me when I was eight years old. I can still remember walking in, and that smell of oil paint. It probably took years off my life, but it’s an emblazoned memory.”

His unofficial education continued throughout his youth, including lessons at the Toledo Museum of Art—a locale that also instilled a love for the macabre.

“I’d have to walk through the Egyptian display to get to class, through all the mummies,” he says. “And I grew to love those old horror movies you could only find on TV late at night. I’d make a deal with my mother to go to bed early if she would wake me for the movie, which she did.” 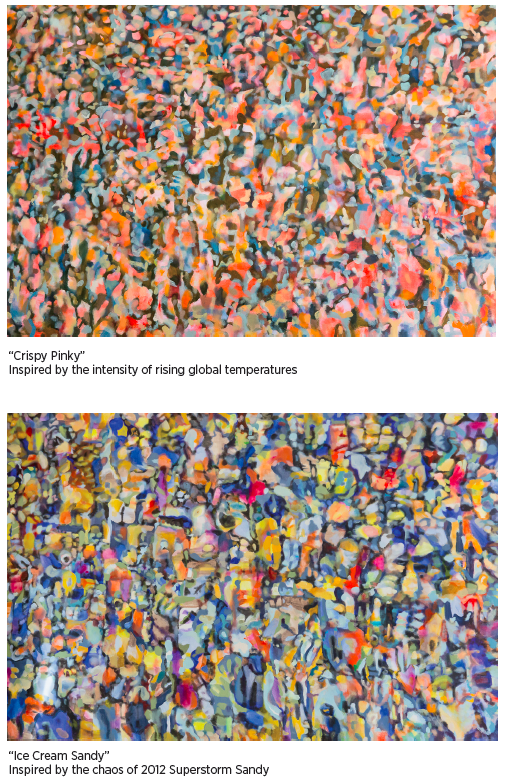 LIFE GETS IN THE WAY

Lambert first found himself distracted from his life’s path in high school. “I was talented at sports, [and] I got to the point where I was keyed in on sports—athletics and girls,” he admits.

It was an unfortunate, serious car accident that resulted in Lambert circling back to his first love—painting. Bedridden for a year, “I was drawing again and it really felt right, it felt wonderful.” Lambert decided to take his passion seriously and gained entry into the School of the Art Institute of Chicago (SAIC).

“I found a job, a place to stay, got accepted at SAIC and moved into the city,” he notes. An internship within the school’s equivalent of a job shop, making frames and stretching canvas, imbued Lambert with a new skill set with tools that propelled his furniture making career.

“I always had this impulse to make things, so it was a natural fit.” 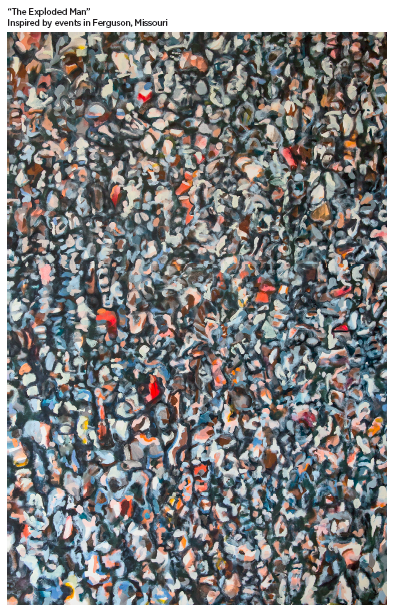 Once Lambert finished at SAIC, he taught at Oakton Community College and later found himself in uncharted territory. “I needed to do something,” he remarks. “I started making my own furniture and did carpentry work. That’s the way I supported myself—the carpentry trade.”

Off on a tangent with furniture, Lambert lost contact with painting. “I was moving around a lot … it was a nomadic lifestyle.”

With an offer to live with a friend that had a separate studio, Lambert started to paint again. The focus of his work is now turning to climate change and humanity’s impact on its own future.

“Along with resource depletion, land degradation, and acidifying oceans, humanity is destroying the only environment it’s ever known,” he notes. “What comes next is a mystery and how mankind will evolve as a species are the puzzles that fuel the abstract elements in my work.”

Lambert has had gallery shows in Highland Park and Glencoe, but it is a demanding business. “You can’t just show up, you have to be a part of the scene, you have to know people,” he says, reminiscing about a conversation once had with the late Harold Ramis.

For now? It’s about creating, and selling. To that end, he is connected with a venture out of New York City, doing artwork for clients ranging from personal residences to restaurants and corporate spaces. “To do New York City’s gallery scene, I’d have to live there. It’s a possibility, but for right now—I just want to create my art.”