Just last month, the stylish line of sun protective clothing Mott 50 opened a Pop-Up retail store in the Plaza Del Lago shopping center in Wilmette. Five years after they launched their first batch of long sleeved t-shirts online, the wildly successful brand of fashions that also protect the wearer’s skin from sun radiation is testing markets for a physical brick and mortar location.

“We did a Pop-Up for three months in LA last year and it was awesome, and we popped up in New York for December on Mott Street,” says Anne Reilly of Kenilworth, co-founder of Mott 50. “I’m excited to have one in Plaza Del Lago, because it’s a three-minute commute for me.” 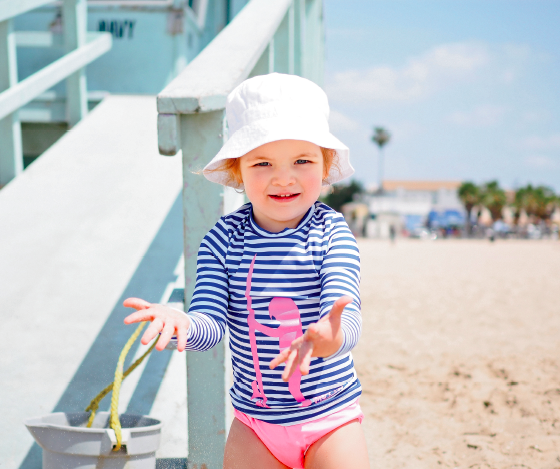 Reilly and co-founder Monique Hypes were roommates living on Mott Street in New York City when they decided to develop a line of fashionable clothing that offered protection from dangerous sun exposure. While the first part of their company name derives from their first home base, the second part gets to the heart of what they do. Whereas a typical white t-shirt offers an ultraviolet protection factor (UPF) of five, the clothes Reilly and Hypes design have a UPF of 50, the highest certification offered by the American Association of Textile Chemists and Colorists. A 50 UPF rating promises that a garment blocks 98 percent of harmful UV radiation from reaching your skin.

Though the high UPF is the realization of their mission statement, Mott 50 fashions were designed for more than function. Reilly and Hypes wanted the clothes to be both fashionable and very comfortable. The Mott 50 designs are soft, lightweight, and breathable, relying on a proprietary fabric to provide the high UPF instead of any chemicals or treatments.

Since launching the line as an e-commerce business, they’ve expanded from t-shirts to a whole line of cover-ups, pants, skirts, dresses, swimwear, accessories, and more. In addition to their website, Mott 50 can now be found in more than 200 stores and boutiques, and they’ve just begun working with Nordstrom.

The Mott 50 mission is also dedicated to educating people as to the dangers of long-term sun exposure. 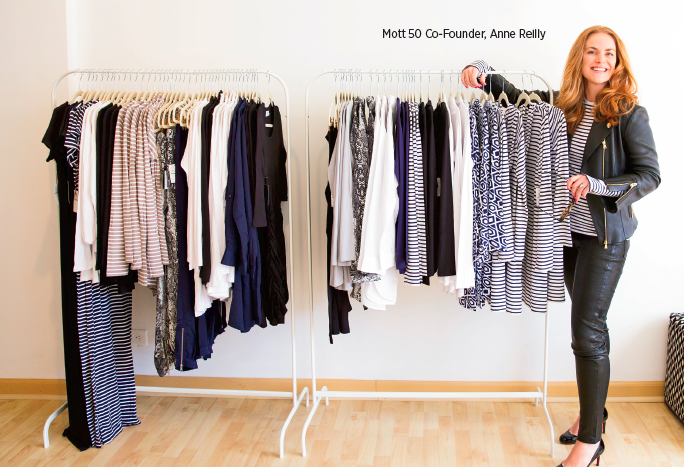 Especially during this time of the year, when we’re all so eager to pack up the winter coats and get back into short sleeves. Both Reilly and Hypes have seen first hand the horrible realities of melanoma and skin cancer.

“I lost my aunt to melanoma almost 10 years ago, and my mom actually had melanoma, as well,” says Reilly.

“When [Hypes and I] were in our 20s, we were on the beach with our friends and we noticed that girls who used to love the tanning booth were finally starting to cover up and wear sunscreen. There’s a shift in trends here, finally.

People are realizing that the sun can be dangerous. From their original Women’s line, with each design named for a family friend or an inspirational woman, they’ve begun to expand the clothing they offer to the rest of the family as well. A year ago, in response to many customer requests, they launched the Kid’s line, with adorable little options like 50 UPF onesies and bucket hats called Baby Beach Bundles or fun graphic tees for both girls and boys, there are plenty of ways to keep your kids safer in the sun, and it’s infinitely easier than constantly chasing them with sunscreen.

They also recently launched a line of women’s active wear, from athletic crop tops to tennis skirts and drawstring pants.

Coming soon, Mott 50 sets their sights on the other 50 percent of the population with a Men’s line. Men older than 45 are especially in need of sun protection as they have an increasingly high melanoma risk according to the American Cancer Society.

A quick pop over to the Mott 50 Pop-Up will have you feeling better about the whole family spending their time in the warm summer sun.

The Mott 50 Pop-Up will be located at 1515 Sheridan Road in Wilmette through the end of June, mott50.com.