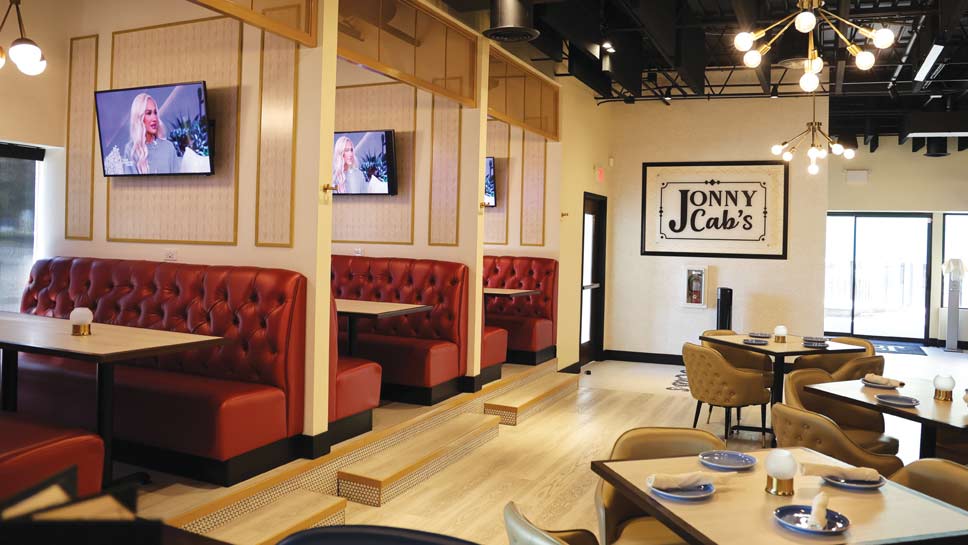 But noting quite like what we experienced in Burr Ridge a few weeks back.

It’s the most action I’ve seen in a swanky dining room in long, long time. There we were sitting at a prime table—front row, about 15 feet from the main stage—at Jonny Cab’s, the new restaurant and live entertainment venue, having a grand old time, sipping and noshing away.

Slick cocktails. A smart yet inexpensive wine list. A great burger— try the house special, dressed to the nines with caramelized onions, a thick blanket of provolone, and lots of crispy bacon. Killer flatbreads. And to top it all off, a balsamic-glazed strip steak that would make old Arnie Morton’s blush with envy.

Normally, that would be more than enough to make for an enjoyable Saturday evening. Only Jonny Cab’s is committed to giving everyone a little something more. A daily double, so to speak—dinner and dancing. 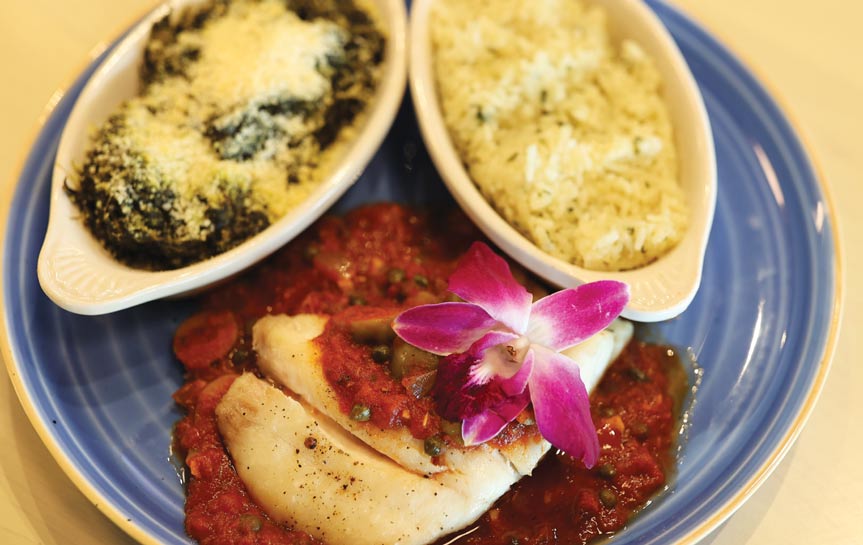 The transformation will happen suddenly. The lights will dim. Musicians with take the stage. And the whole timbre of the place will instantly change.

During our visit, everyone’s napkins were initially planted politely in their laps, feet practically cemented to the floor. But as soon as the evening’s musical act—a talented rock-n-roll tribute band named Jonny Lyons & the Pride—started strumming and drumming and crooning, the whole place just erupted with motion.

The band played some Johnny Cash. Covered a few hits from the Temptations. And a little something, something from The King. And quicker than you could say Graceland—couples were tossing aside their napkins and making a beeline to the dance floor. They sprung from their chairs, some leaving their steaks and flatbreads and salads waiting patiently on the table, and just started partying like it was 1959. 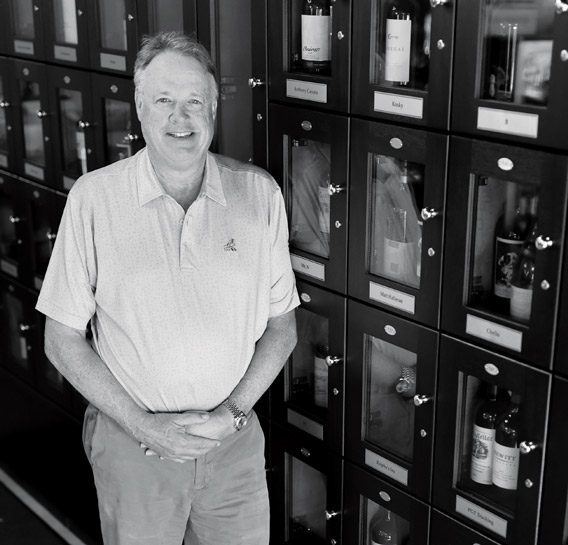 It’s like Elvis—God rest his well-coiffed pompadour—has returned to the building.

Some slow danced. Some did their best Chubby Checker impression. And a few folks shaked and shimmied enough to work up a real sweat.

“I love this,” my wife whispered to me, somewhere between a soulful take on Can’t Take My Eyes off of You and what I’d describe as a rather soulful slice of carrot cake. “It’s like being invited to someone’s wedding, only they’re serving good food and sprang for live entertainment, rather than a boring old DJ.”

Truth is, I think that about sums up the appeal of the place. You eat well. You drink well. You dance—sometimes not so well. But you’re guaranteed to smile a whole lot.

When I slipped back, somewhere in the middle of Jonny’s set, to ask a hostess whether the dance floor was always this busy, she just nodded her head and said, “Whenever there’s music’s playing, someone’s dancing.” 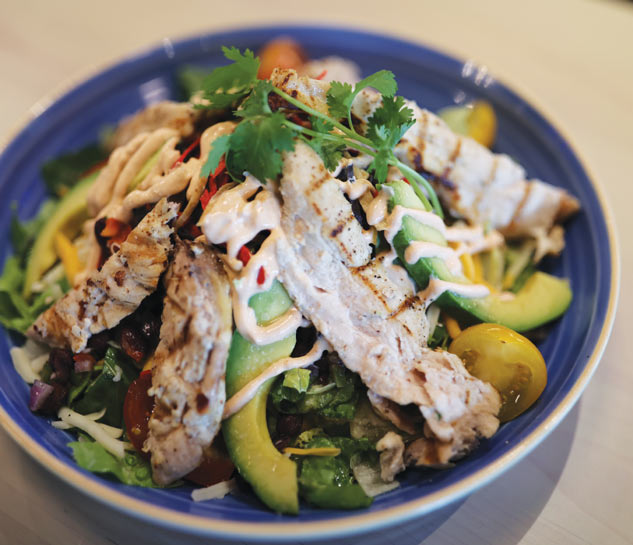 You can thank Patrick and his father, Scott, for the entertainment. Not only have they poured their heart and soul into making sure the space was acoustically pure, but they’re also responsible for selecting all the performers.

Dueling pianos. Motown. Salsa nights. Contemporary cover artists. You’ll have your pick as the year rolls on. Originally, the idea was to create a sports bar concept, only Metcalf knew that he also wanted to provide locals a place where they could enjoy more nuanced sit-down meals paired with plenty of great wine.

The space itself, is sharp, especially the cobalt-blue bar. but to the side of the restaurant sits the members-only Bin Club lounge and dining room.

The good news: For a one-time $2,500 membership fee—plus $300 a year— you’ll claim a wine locker, which holds roughly 15 bottles. Members are invited to complimentary wine tastings, given access to the restaurant’s exclusive bottle list and, on occasion, are free to order bottles from Metcalf’s wholesale wine list.

The bad news: Membership to the Bin Club sold out immediately, requiring Metcalf to already start a waiting list. 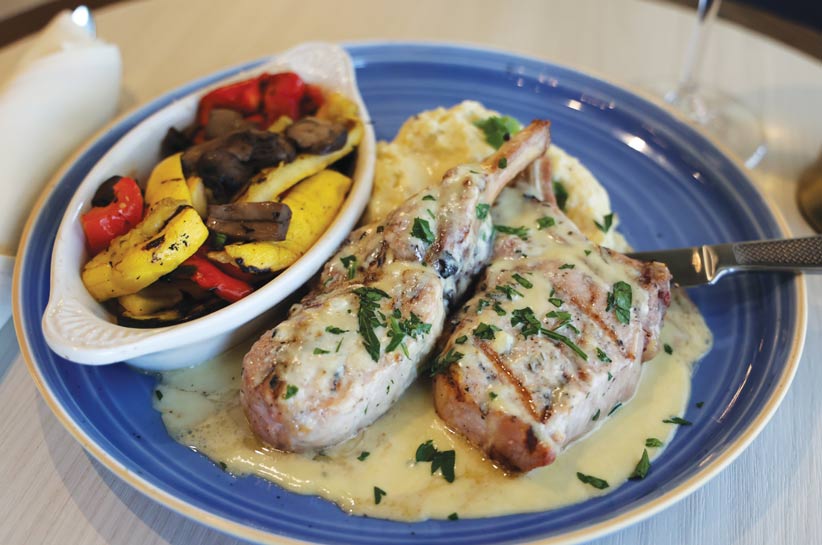 Metcalf, himself, used to be a beer drinker. Then, decades ago, he watched a segment on 60 Minutes about the link between longevity and good vino. He started tasting and sipping and has never looked back. He’s spent decades scouring Sonoma, Napa, and Mendocino for great finds, which is why the restaurant’s wine list is so heavily weighted toward California producers.

His regular wine list doesn’t have a single bottle over $100, but he’s gone to great lengths to ensure his selections marry well with Chef Jeff Stahulak’s approachable menu.

We loved, for instance, our carne asada flatbread. Which reads as if Stahulak decided to throw the proverbial kitchen sink into it—mozzarella, pesto aioli, sliced prime rib, pico de gallo, lime crema—but it works splendidly. Imagine a fully loaded bowl of gourmet nachos set on a flatbread that cracks and snaps just like a huge tortilla chip.

The restaurant’s philosophy regarding food is to give customers whatever they want. You can opt for something casual, including sandwiches, chicken wings, salads, and the occasional funnel-cake inspired dessert. Or you can order like you’re at a steakhouse: Dijon-glazed bone-in pork chop, Vera Cruz-style red snapper or rib-eyes and filets.

In a welcome throwback, all entrées come with your choice of two sides. The two-must- try accompaniments are the mashed potatoes—rather impressive spuds that deliver the color and flavor of a rich pot pie gravy—as well as a simple grilled vegetable medley composed of squash, zucchini and other seasonal selections. 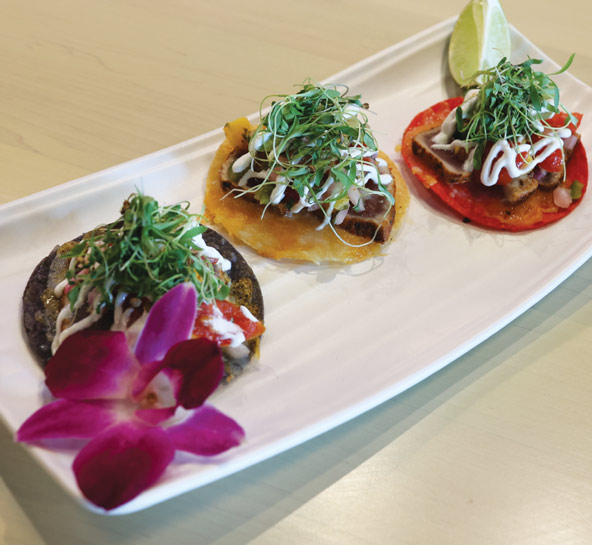 As previously mentioned, you can’t go wrong with the skirt steak, which benefits from a fine chimichurri. But mostly, I think it’s the sum of all these parts—the wine, the food, the friendly service, and all that great sound pouring forth from the stage—that’s bound to win people over.

As my wife said, “I don’t think there’s any place like this in Chicago.” She’s right, but thanks to this plucky group of wine-lovers and entertainers, there’s now one sitting right in the heart of Burr Ridge.

Although wine is the drink of choice at Jonny’s, the bar serves seltzers, a limited beer list and plenty of colorful cocktails. 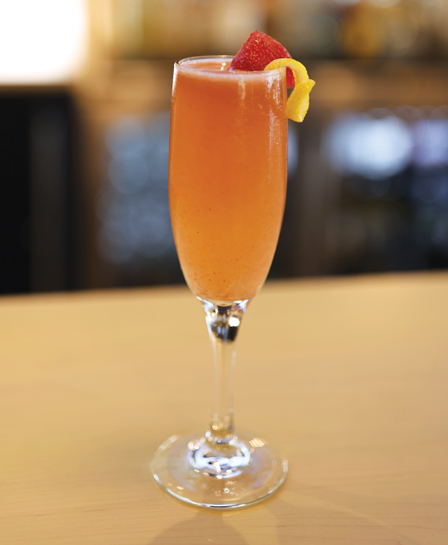 Some bartenders, of late, seemed to have fallen a little too much in love with everyone’s favorite elderflower liquor: St. Germain. But at Jonny’s the hints of passion fruit and plumeria from the liquor infuse a lilt of springtime into a citrusy vodka drink that’s topped off with a touch of prosecco. 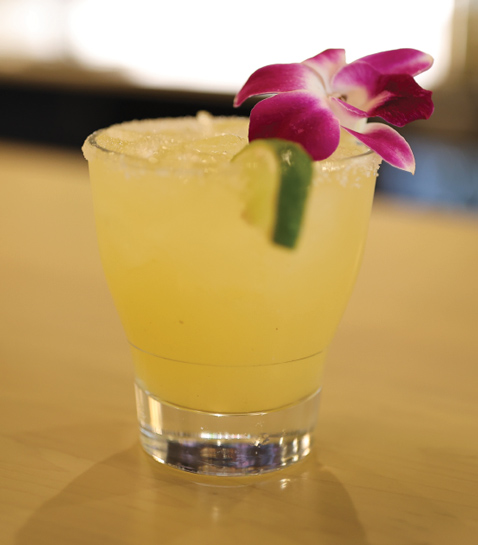 We recommend pairing this tequila-based treat, which comes adorned with a flower and a tangle of lemon peel, with the carne asada flatbread. Lots of smoke, a little citrus and a hint of that semi-sweet prickly pear juice is a perfect partner for Latin flavors.