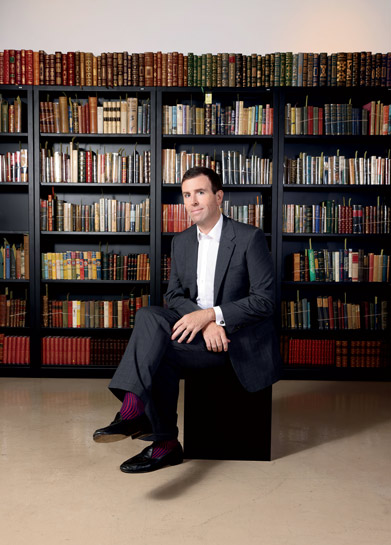 Occasionally, in the life of a city or on the international stage, an influential figure emerges. Not with a fuss, but with a reassuring smile, striking intelligence, and the curiosity that defines every extraordinary person. Enter Jay Krehbiel, Co-Chairman and Chief Executive Officer of Hindman, a leading fine art auction house that is celebrating its 40th anniversary as we speak. Mr. Krehbiel joined the firm in 2017 and became CEO in 2019.

During his time as CEO, Mr. Krehbiel has led the continued expansion of Hindman including the opening of offices in Detroit, San Diego, and Washington, D.C., for a total of 13 locations throughout the country. He has also played an integral role in promoting the digital growth of the company.

Like the founder, Leslie Hindman, Krehbiel was raised in Hinsdale before setting off to earn his BA from Dartmouth College and an MBA from Northwestern University.

When not at one of the Hindman locations around the country, Mr. Krehbiel serves on the Board of Trustees of the Art Institute of Chicago, where he is the Treasurer and Chair of the Finance Committee. He also serves on the boards of the Irish Georgian Society, the American Friends of the National Gallery of Ireland, and St. Chrysostom’s Church, and previously served on the boards of The Taft School and The Newberry Library. 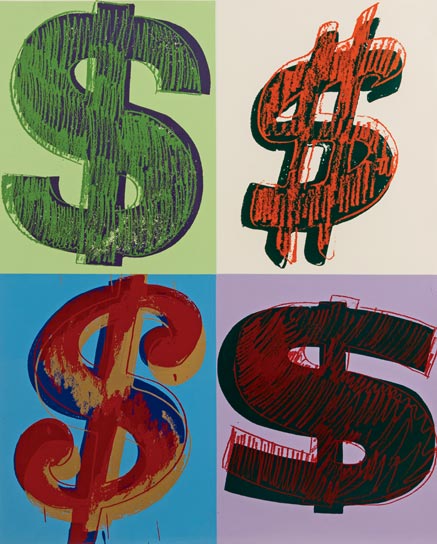 HL: How do you describe your role as Co-Chairman and Chief Executive Officer?

It can shift a lot, especially as our team is continuing to rapidly grow! It’s thrilling to be able to work with 170 dedicated professionals everyday across the US, but of course my schedule is continuously full and surprising in the best of ways. We have experts and leaders in their fields. With that comes strong, informed opinions, and as CEO I find myself trying to hear out everyone’s point of view and then plot the best path forward.

HL: Is there any one aspect of your role that you can single out as your favorite? Or is the variety in your day to day what you love?

Easily, it is the variety. The nature of the job is that you sit across every part of the business, whether it is client service, marketing, technology or understanding why and when it is appropriate to sell a particular object. That is what makes the job so gratifying.

Yes and no. In the end, we cannot sell something that we do not have. Now, if a market is particularly strong in a certain category, this will, as you suggest, pull inventory into the market, but that is always a conversation with our consignors.

Over the last several years we have seen a surge of interest in Post-War & Contemporary Art works, particularly a sub-set of the Chicago Imagists who were called the ‘Hairy Who.’ This interest – and the impressive prices achieved at auction – is tempting works onto the market that were very comfortably sitting on a collector’s wall. 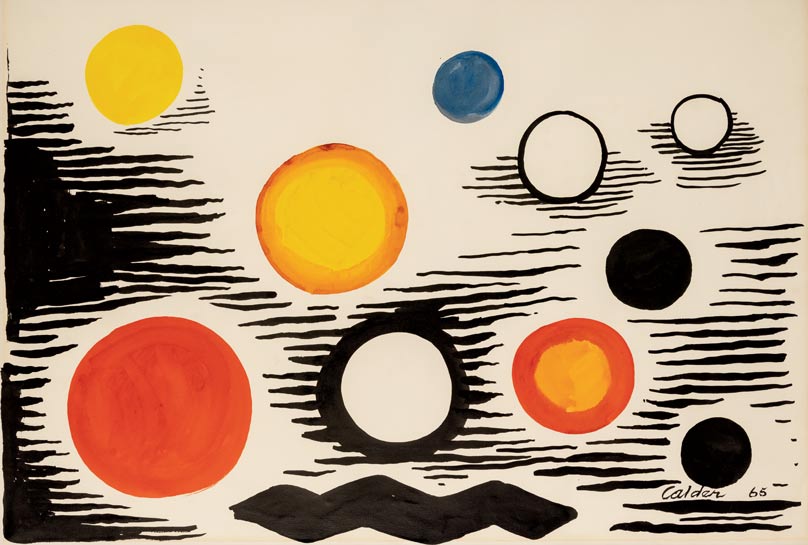 HL: Will you speak about art and antiques as a component of wealth management?

While all sorts of arguments might be made for art as part of a portfolio, I believe collectors should focus on what brings them joy. You should buy what you want to live with, which often ties in with what you love.

HL: You have led the expansion of Hindman into multiple locations in the U.S.; can you share a little on how taste and buying habits may vary from place to place?

Hindman’s nationwide expansion was very much Leslie’s vision, and we have simply built upon that. We are excited to be operating out of 16 cities nationwide now. Collecting habits do vary from city to city and state to state, either because of the style of the houses – think Chicago townhouse versus Mediterranean-revival in Palm Beach versus mid-century modern in Scottsdale – but also because of taste. And there are cities where we operate where ‘bling’ is much more sought after than in some Midwestern cities, for example.

HL: Is there a Hindman office you particularly enjoy visiting?

While I love all my offices equally, I do have a soft spot for Cincinnati. The city is home to some of our most well-established collecting categories like Native American Art, whose director has been with the company for over 20 years. Additionally, we just opened a new office in the city this year, so it’s certainly worth checking out an auction preview or event in the space. This year I even visited for the annual Hindman team outing to a Cincinnati Reds game, but unfortunately the opposing Chicago team got trounced! 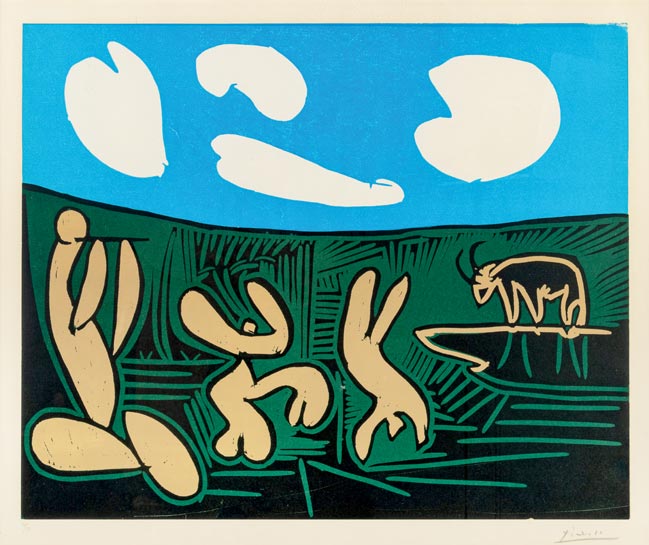 HL: You have led significant digital advancement for Hindman. Is that encouraging a more international client base? Where are you seeing the most action outside the U.S.?

We have invested massively in our technology platform, and it has encouraged increased bidding both nationally and globally. The days of 200 people packing into the sale-room are over; today you are lucky if there are five people in the room. Instead, everyone browses and buys online, which allows you to reach bidders everywhere.

HL: Some may still think of auctions as a kind of elite club. How are you continuing to demystify the auction experience?

It’s funny, I am often asked: can anyone bid at auction? My response is always: do you have a credit card? If so, then yes. The big houses have incredible brands and have cultivated an air of exclusivity around them. But, let’s just state the obvious, it is an exclusive group that is able to purchase a nine-figure painting.

However, another thing that Leslie beat into all of us – the importance of a client-centric business model, one that focuses on everyone from the novice to the seasoned collector. Our target price of $5,000 to $500,000, is much more approachable for a collector, and we sell items below $1,000, too. Hopefully, and most importantly, regardless of the price point you are buying at, our team makes you feel valued and welcome.

HL: Do you have a favorite memory of growing up in Hinsdale or a beloved tradition when you spend time in Hinsdale now?

HL: Could you share some thoughts and reflections as Hindman celebrates the important milestone of your 40th anniversary?

Reflecting upon the past 40 years, I cannot help but think of how amazing Leslie was to start this business from scratch, at a young age, with very little initial support. She made it happen through her incredible determination and force of will. We’ve been honored to extend the roadmap she so clearly set in motion when establishing this company, whether it is expanding our footprint or continuing to seek out new ways of utilizing technology. She was really a visionary, and I am proud that she is my partner-in-crime.

HL: What have been some particularly memorable moments during your time at Hindman? Surprises?

Auction houses surprise all the time! One of the most exciting things to happen is what is called in auction parlance ‘a sleeper’. For whatever reason – and this happens at houses both large and small – you may not have noticed something that takes a work from being nice to be particularly special, but the bidders do see it. Suddenly, a small work that you estimated at $1,000 is selling for $400,000. That is always exhilarating to see.

HL: Looking to the future, are there any plans that you are particularly excited about?

We are very excited to be opening in New York and Boston this year. The Northeast was an area that we had not previously served and to be able to connect with new clients – buyers and sellers – is an exciting prospect for the entire team.