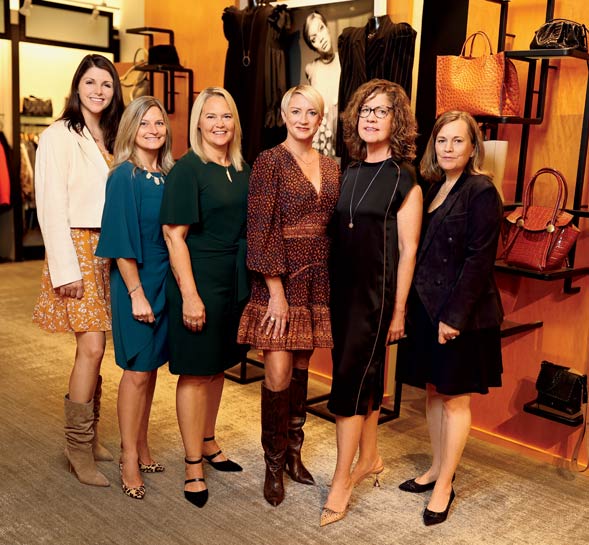 For its sixth consecutive year, Scoreboard Charities is hosting its annual fundraising event, Uncorked, Pull a Cork for Cancer. This year’s much-anticipated event, themed, It ALL Adds Up, is returning stronger than ever with its first in-person event after going virtual for the past two years.

Supporting cancer research for Robert H. Lurie Comprehensive Cancer Center of Northwestern University and aiding free programs for Camp One Step by Children’s Oncology Services, Scoreboard Charities has raised and donated an impressive $1 million to these centers since Scoreboard’s inception. Without skipping a beat during the pandemic, the virtual events held over the past two years had an overwhelming response. “We had a smashing success with our past two virtual events,” says Rick Heinz, co-founder of Scoreboard Charities alongside his wife, Diana. “The average virtual event raised $50,000 each and we raised and distributed $150,000 and $285,000 respectively for the two years.”

“I take this fight against cancer very personally and it’s very emotional for me,” says Heinz. “My mom died of cancer 28 years ago and there is not a day that goes by that I am not reminded of that since I wear her cross.” In addition to his mother, Heinz has lost six of his high-school classmates out of a small class of 54 to cancer, and now, his brother has been battling pancreatic cancer which has been a tough one for Heinz in recent months.

“One of our lines for Scoreboard Charities is ‘Winning the Game Against Cancer,’” he says, “but we cannot lose this game and we have to do more and we have to do it now.” The organization hopes to reach out to guests at this year’s event to consider an even larger contribution to push the organization’s initiative even further. “We know our guests will have a great time,” he says, “but we’d like to raise the next million dollars in fewer years.” Scoreboard Charities has set a goal of $300,000 and looks forward to meeting that mark.

This year, Uncorked is expected to bring in close to 300 guests in-person at The Drake Oak Brook on Friday, November 11. However, supporters who wish to continue to participate virtually will still have the option to do so—including enjoying the coveted swag bag. Planned by co-chairs Beth O’Malley, Emily Maggiore, and Debbie Henderson, the evening will entertain cancer-fighting, wine aficionados with a wine tasting followed by a fashion show with looks provided by Sweet William, a women’s luxury store located in downtown Hinsdale. Event-goers will be entertained by Master of Ceremony, Kerry Sayers, and guests will enjoy a live-band performance by Keithen Banks throughout the night. In addition, attendees will even have the chance to win Keys to the Closet, a shopping spree valued at $10,000 at Sweet William. Both familiar and new vendors will be taking part in this year’s marketplace such as sponsors Chantecaille, Hinsdale Bank, Kendra Scott, Northwestern Mutual, and Westfield Ford.

“One of the great things about the event is that everyone will hear about what our funds support for Dr. Leonidas Platanias, the head of the Lurie Comprehensive Cancer Center, and from a camper and her mom from Camp One Step,” says Heinz. “I want people to understand what we are funding and why we are funding it.”

Scoreboard Charities supports and honors those who have not only lost a battle with cancer, but also the individuals who have survived the disease.