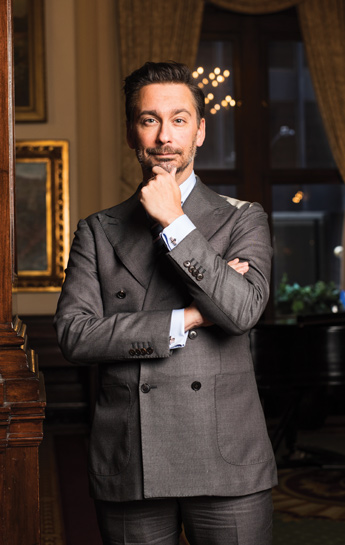 This month, my ex-wife and I will mark the eighth anniversary of our divorce. Since that time, we have co-parented our son with an unorthodox and unusual degree of collaboration as a team and as a family, together although apart. Some people assume that we were able to divorce amicably because we are both divorce lawyers, and therefore, we must know “how to do it.” It is true that one rarely sees very long and public divorce proceedings when divorce lawyers are themselves involved as participants – and there are some things we know to avoid. This does not mean that many of our own, personal cases are not rife with rancor or time consuming and expensive. We just know how to keep our own business under wraps and away from view. That said, the professional experiences and observations of both of us undeniably informed our desire to nor re-enact what we see too much of in our clients’ cases on a daily. However, the critical thing that made our peaceful process possible then and has continued to sustain it for almost a decade and two cross-country moves, is something else entirely.

What a “good” divorce requires, if I had to generalize, is basically a constant process of getting out of your own way. To be very blunt and say something that many others will not – it also means putting aside whatever the law says and doing what is right for the children involved and the person you married. One cannot expect a warm, cooperative flower of coparenting to grow out of the flinty, rocky soil of what the law provides. Divorce also requires banishing the Triple Axis of Bad Feelings: Blame, Shame and Guilt. People cannot coparent and work effectively together if mired in blame, shame and guilt. It is like ordering a Diet Coke with a Baconator and large fries every day and then being surprised that your jeans don’t fit. It is absurd.

This does not mean that good divorce is about singing kumbaya while enjoying oat milk and acai smoothies while blissing out on good vibes. Rather, it is simply choosing not to add fuel to what is already a burning fire.

Divorce only severs a legal relationship and certain rights. It does not mandate, prohibit, prescribe or proscribe anything else. It does not force behavior or preclude options. It is up to every divorcing person to make those choices, enact them, and then live with and carry them forward. I often say the way you divorce says a lot more about you than what you “got” in your divorce. Peace is a continuous choice and a perpetual mindset. It is a lifestyle in every sense of the word.

Making this kind of peace is harder than going to trial and it involves a lot more than just agreeing to resolve a case through mediation. I have seen first-hand several mediations that were more personally combative for the spouses, grueling in time and effort, and costly than one would ever expect for an alternative dispute resolution process. And regardless of venue, a mindset of vindication, validation and victory is a short-term trade. It sets one up for obtaining a Pyrrhic victory at best and quite likely losing what matters longer term. Very few people will look back at their divorce and think to themselves “I wish it had been nastier.” It just doesn’t happen. The fights we fight in divorce aren’t really about what we say they’re about. They are proxy wars that neither side can ever win. Even after obtaining some of the largest judgments and results for clients – many of them still feel they lost. Because they did. That’s the gist. More on this next month.