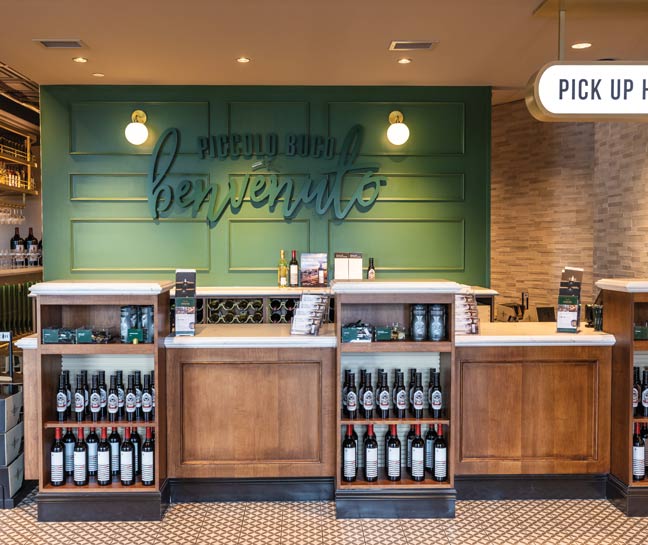 One evening, while dining in downtown Chicago, I was introduced to a man who claimed to have discovered the most exotic pizza in all of Italy. Not, mind you, a pizza carpeted with esoteric ingredients. Or one of those Vegas-style scams that involve sprinkling tiny slivers of gold leaf on an otherwise ordinary pie. No something better: an altogether new sub-species of pizza.

It was, I must admit, one of the most tantalizing ice-breakers ever uttered in the presence of a food writer—the equivalent of confiding to a Mongolian scholar that you’ve unearthed the lost tomb of Genghis Khan.

Turns out, my new dinner companion—whom I’d later learn was Tim McEnery, the founder of the Cooper’s Hawk restaurant empire—wasn’t spinning tall tales. He really had stumbled onto something quite special while vacationing with his fiancé, Liz, in Rome a few years ago.

The discovery? A tiny pizzeria called Piccolo Buco, which was baking pizzas fringed by a ridgeline of crust so massive it brings to mind visions of the White Cliffs of Dover.

“I can’t explain it,” Tim said, shaking his head like a wine-maker trying to express the indescribable charms of a rare Nebbiolo, “other than to say it’s unlike anything you can find here in the U.S.” 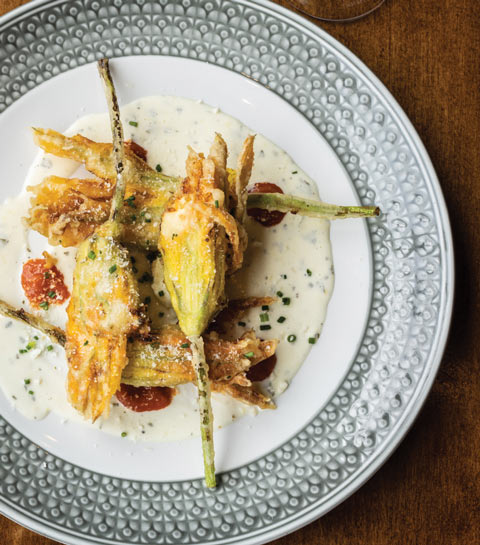 I remember making some flippant comment about wanting to book the next direct flight to Rome. To which Tim responded: No need. We’ve signed a deal with the chef of Piccolo Buco, Luca Issa. He’s going to bring his pizzas to the Chicago area in partnership with Cooper’s Hawk.

Flash forward to the present, and McEnery has made good on his promise: The first state-side iteration of Piccolo Buco has landed in Oakbrook Center, as have Issa’s pizzas. They are indeed beautiful curios bearing exaggerated features. Imagine hiring a skilled caricaturist to design a pizza that’s 80 percent crust and you’ll get the general idea.

It’s as if someone stuck the needle of a basketball pump inside a typical Neapolitan-style crust and continually inflating it, producing a soaring crust that encircles an almost liquefied central basin of meat, sauce and cheese.

From afar, one might assume that crust is all air, but its actually incredibly warm, dense and gooey—almost par-baked in texture. It reminded me of Brazilian pao de queijo, those addictive cheese puffs served at churrascarias. 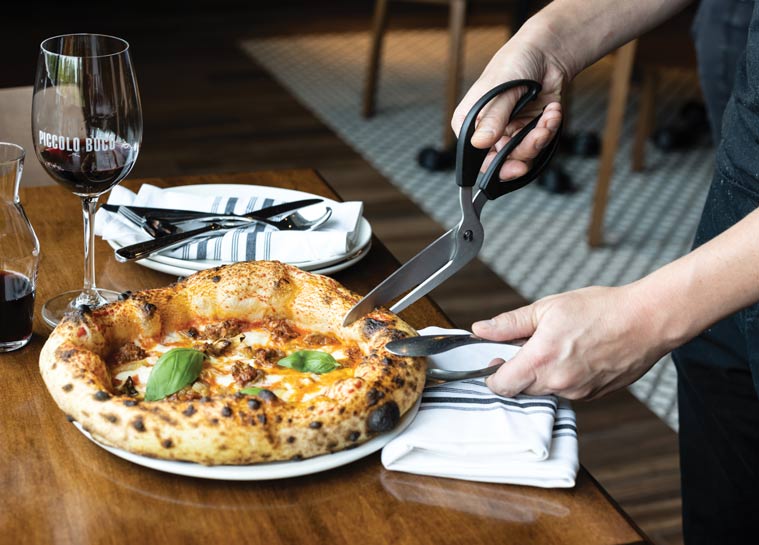 The pies themselves are made with very simple ingredients: flour, water, olive oil, yeast and salt. But here’s one of Piccolo Buco’s little tricks: Its dough is prepared using a spiral mixer with a fixed hook, rather than traditional centrifugal mixers that generate more heat and thus more gluten. The pliable dough then undergoes a cold fermentation process, similar to a Neapolitan pizza, before it’s allowed to come to room temp and carefully stretched out until it looks like something Picasso would paint onto a canvas.

Yet, for all the Instagram love these pizzas have generated, I’d argue that it’s the tomatoes used for its sauce that are the real draw.

Although you can order a white pie, which substitutes olive oil for tomato sauce, the saucy ones are the most intriguing. Both rely on tomatoes from Puglia: red tomatoes for Piccolo’s more traditional marinara-like sauce and smaller milder yellow cherry tomatoes for their yellow pizzas, which are slightly sweeter and less acidic.

Piccolo has shown great care in sourcing first-class ingredients. Its fabulous fried squash blossoms are battered in a thin coating of rice flour, then stuffed with a four-cheese blend of ricotta, Parmesan, romano and fontina. 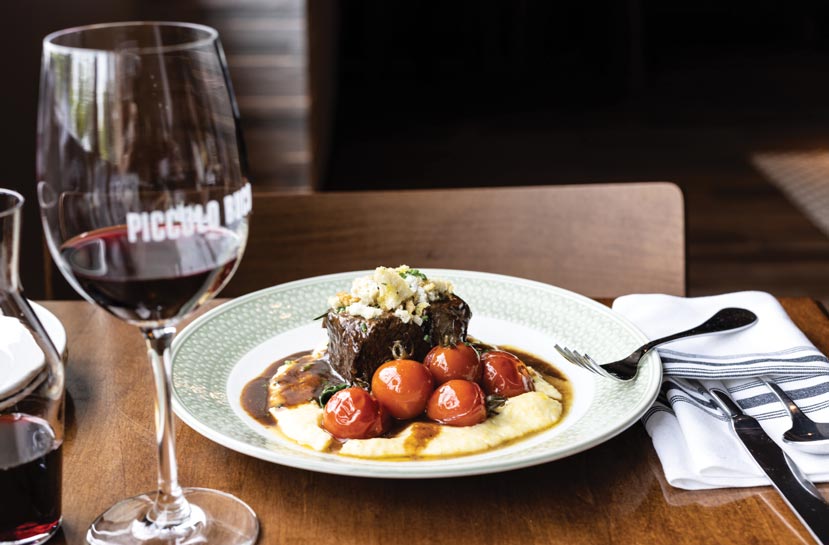 We also were impressed by Issa’s fork-tender short rib—more fruit-flavored on the palate, like a good Pinot Noir than your typical dark, beefy and brooding short rib preparations. It’s served with a delicious mascarpone polenta that’s as creamy as the interior folds of an expertly prepared French omelet.

Piccolo Buco’s pasta list is pure Roma, thus it includes three pastas you’ll find at every trattoria in the Eternal City: the cheese-meets-peppercorn cacio e pepi, creamy carbonara with pancetta and a classic red-sauce all’Amatriciana made with guanciale. But don’t sleep on its richest offering: stuffed cappellaci (hat-shaped ravioli) that are smothered in a fonduta, then topped with a sweet balsamic and bits of pistachio.

By the time you’ve polished off the house’s excellent crostata for dessert, you’ll realize Piccolo offers more than just the thrill of exotic pizzas; it’s really a love letter to the eternal appeal of classic Roman cooking. 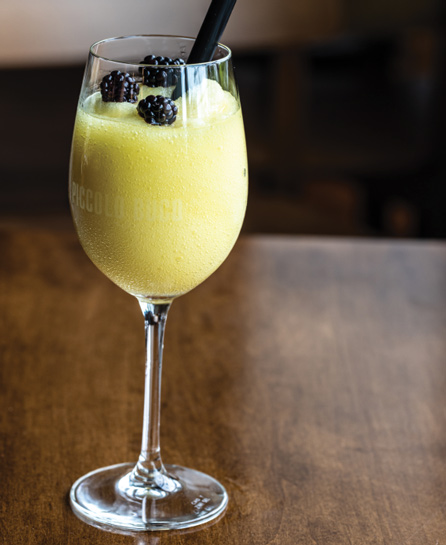 Passion Fruit Sangria Slushy: Yes, this is as dangerous as it reads. A heavy pour of Cooper’s Hawk white sangria is blended with passion fruit puree and topped with blackberries in smart homage to the pleasure of cruise ship slushies. 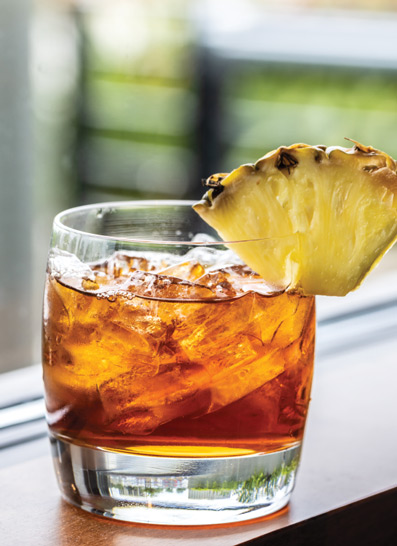 Pineapple Negroni: The gin here is a citrus-forward delight: Malfy gin made with oranges and Sicilian blood oranges. It’s slightly tart character is an ideal counterbalance to its pineapple-infused Aperol and a dash of sweet vermouth.