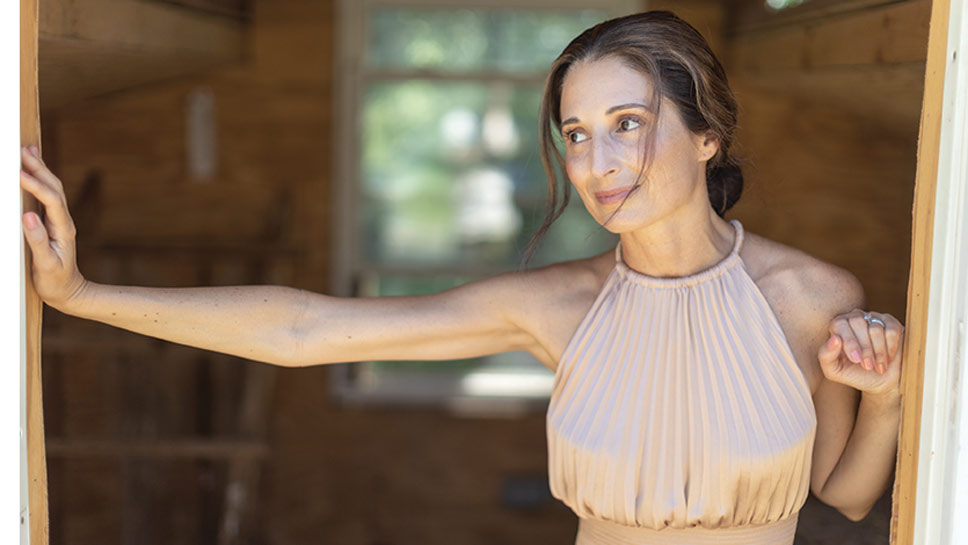 Joanna Zelaya always envisioned a life such as this.

She would live out her days on acres of land alongside her family and a slew of animals, land that would fill her mentally and nourish her physically via the crops she would plant, land that she could someday hand down to her children so they too could live out their own dreams upon it.

And it’s these dreams that are beginning to come true.

“It’s always been our dream to be self-sufficient,” Zelaya says from the home she purchased with her husband back in 2017. “It’s been my parent’s dream, and it’s become my family’s dream.”

Of course, life at home is just a small piece of the impressive life of Zelaya, who spends her days working as the CEO of Chicago Precision, a much-respected family business located in Elk Grove Village that works to provide custom machined parts to multiple industries such as aerospace, defense, and medical.

In fact, Zelaya’s role as one of the few female CEOs in the manufacturing space and her interest in expanding into additive machining recently allowed her the chance to meet President Biden during his recent visit to launch the AM Forward Initiative in Ohio this past May.

It’s yet another impressive milestone on a professional journey that began when Zelaya was just a little girl growing up in Chicago under the watchful eyes of her parents, who came to the states from Poland in the mid-seventies to escape communism. After graduating from Loyola University Chicago and joining the Peace Corps, Zelaya found herself desperately trying to find her footing, both personally and professionally.

“I was feeling a little lost,” Zelaya remembers. “Luckily, my dad is amazing, and he knows how to help people find their direction. So, he asked me to come work at his company.”

His company was and is ERA Industries, a well-known manufacturing company that at the time was having trouble getting their quality systems certified. However, even with relatively no experience, Zelaya took it on and soon had the company on the right track while, at the same time, attending Kellogg School of Management. And once again, Zelaya’s father stepped in, encouraging his daughter to open her own business.

“He knows me so well,” she chuckles. “I’ve always been very independent. I never liked working for anyone. I felt like I always had to have control. If I didn’t have control, I wasn’t going to get passionate about it.”

“I see it as a benefit to be a female in this industry,” she explains. “If I’m the only woman in the room, they’re going to remember me. And a lot of times that’s the first step to forming partnerships thru which Chicago Precision can be the best company it can be.”

But when life in the office becomes too much, it’s her home that she finds her greatest respite.

Truly, the sky’s the limit…both for Zelaya and her dad.

“He has worked so hard,” she reflects. “He came to the states with nothing. He was working two jobs. He didn’t speak English. He had to go to English classes at night. (Pauses.) It’s a perfect example of the American dream. If you work really hard and are passionate about what you do, you can make all of your dreams come true.”