Rock and roll vibes in the dining room

I don’t think I’ve ever encountered a more charmingly personalized cocktail menu than the one that greets diners at Steak + Vine in La Grange. Owner Nick Gangas, whose parents ran the local Greek diner, In Kahoots, for years, approved every recipe and wrote every caption on that sheet.

This is Nick’s place, through and through. Case in point: When’s the last time you perused a list of drinks inspired by songs that were on staples from the owner’s own musical playlists? 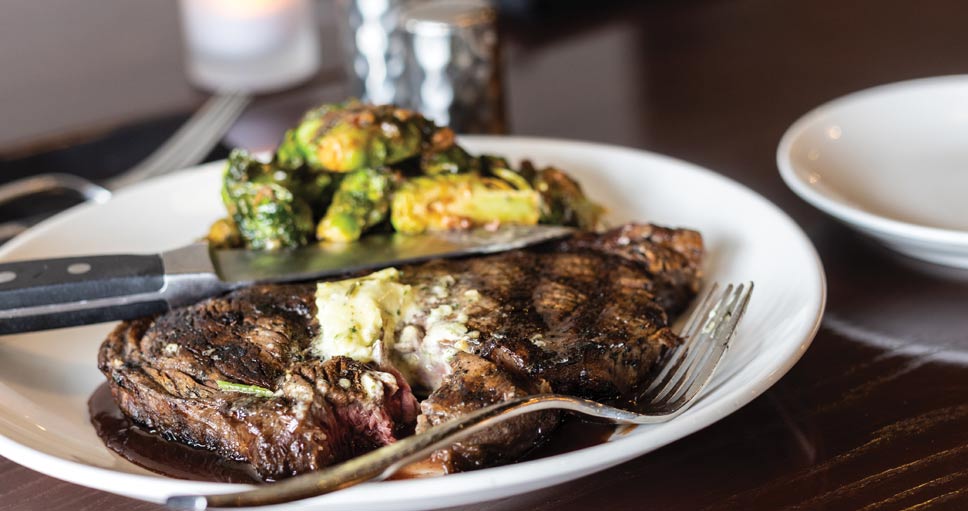 Steak with a side of candied bacon Brussel sprouts

It’s the antithesis of those overwrought and gaudily overpriced bar menus you tend to find downtown. No groan-inducing cocktail puns here, nor snooze-worthy lists of booze brands and supporting flavors that read like a bulleted corporate memo.

Quite the opposite. Gangas has penned a paragraph for each and every offering that, describing not only the song that inspired each drink but also the mood each drink is meant to evoke. If you’re of a certain age—i.e., anyone who actually knows what a tape deck is—can’t help but feel a wave of warm toe-tapping nostalgia wash over them. 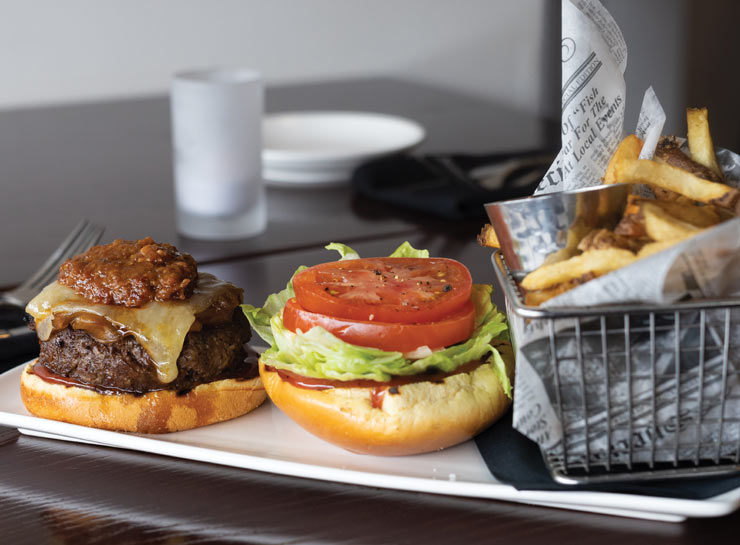 Do you miss, as Nick does, the bright lights and hedonic insouciance of the Big 1980s? Then, Nick recommends ordering When Doves Cry (tequila spiked with grapefruit and lime juice). Still harbor fond memories about the subterranean shaggy-haired thrill of attending a Ramones concert? Yeah, so does Nick. Try “I Want to be Sedated” (A Manhattan made with Old Forester 86.) 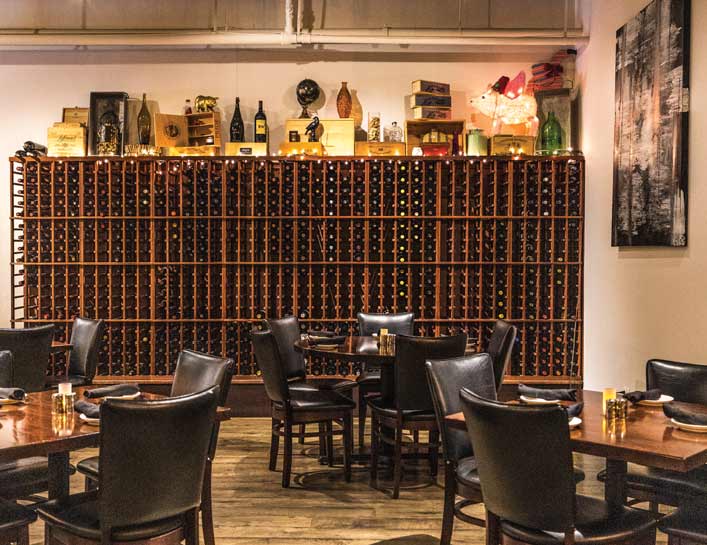 “I’m in my 50s now,” says Gangas. “Which is the same age as a lot of my customers. A lot of restaurants still play Sinatra, but I was raised on rock and roll. I wanted to play music that I enjoyed listening to and serve food that everyone enjoys eating.”

As the name implies, Steak + Vine specializes in steaks and chops: It offers a traditional line-up of favorites that include filets, prime rib-eyes (our personal favorite) and a slightly less T-bone. Whatever your preferred cut, Nick’s kitchen cooks them all the same way: lightly seasoned, sizzled to perfection in the kitchen’s stand-up broiler and finished them with a touch of butter. 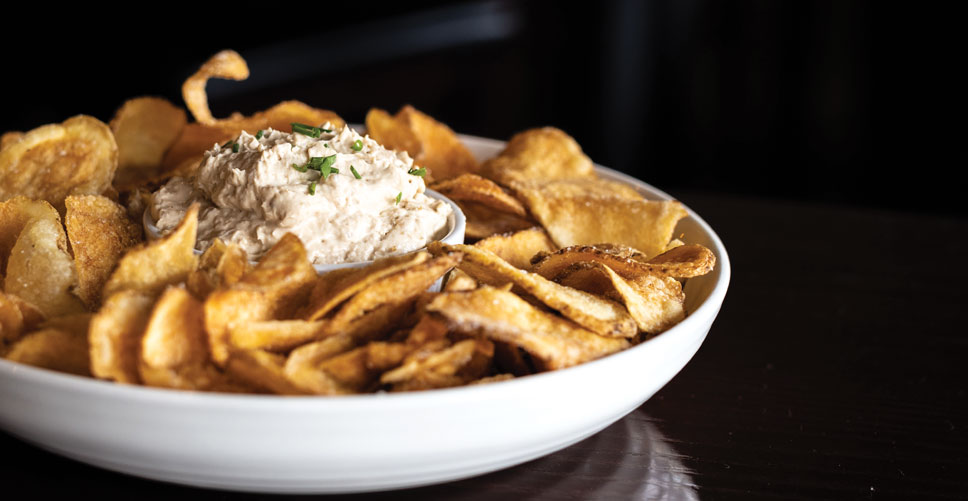 The results are equal to any highend chain steakhouse you can find: slightly caramelized but never burnt crust, extremely juicy and impeccably tender, due in part to Nick’s co-owner and childhood friend, Michael Wilson, an early corporate chef for Morton’s steakhouse who established the beef program when Steak + Vine opened in 2016.

Gangas and Wilson first met when they were just 14 years old, when both logged hours as busboys at In Kahoots. Some kids dream of turning double plays together as big league middle-infielders. Or forming their own garage bands. Not Wilson and Gangas. The goal, even as teens, was to opening up a sophisticated yet family friendly restaurant in LaGrange one day. 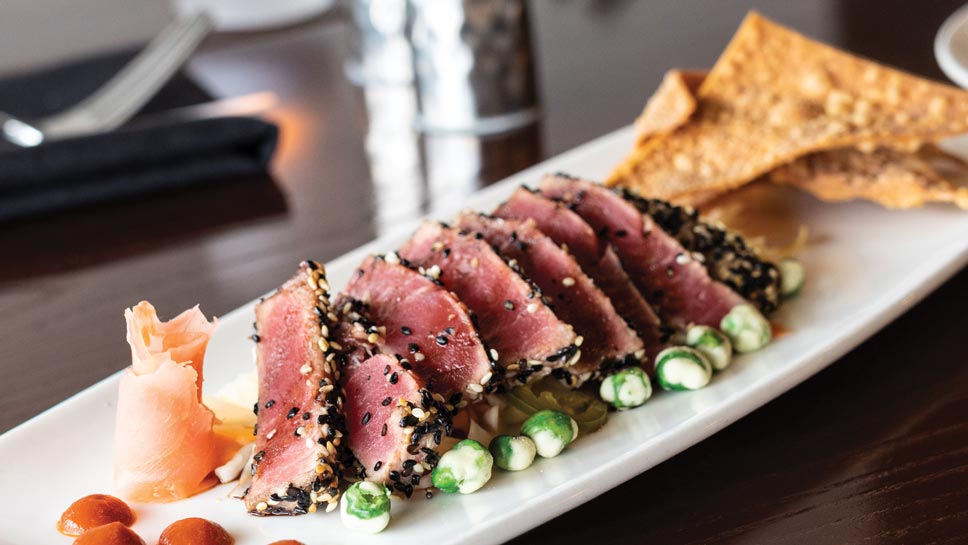 After a stints working for Lettuce Entertain You and others, Gangas decided to make good on that pact. Together they built the menu, which includes a can’t-miss burger named The Cabin, an homage to a Berwyn restaurant they both loved as kids. It’s a wonderful tribute, smoky and ultra-rich. In addition to a sweet layer of caramelized onions and some mild white cheddar, the kitchen’s semi-sweet bacon jam takes the burger to another level.

If you’ve come to enjoy a casual affair, order that burger along with a super-sized platter of homemade potato chips served with an onion dip that could double as balsamic crema. It’s Super Bowl worthy app, buoyed by some wonderful crisps; crispy around the edges with a slight give in the center, which are then dusted with truffle salt. 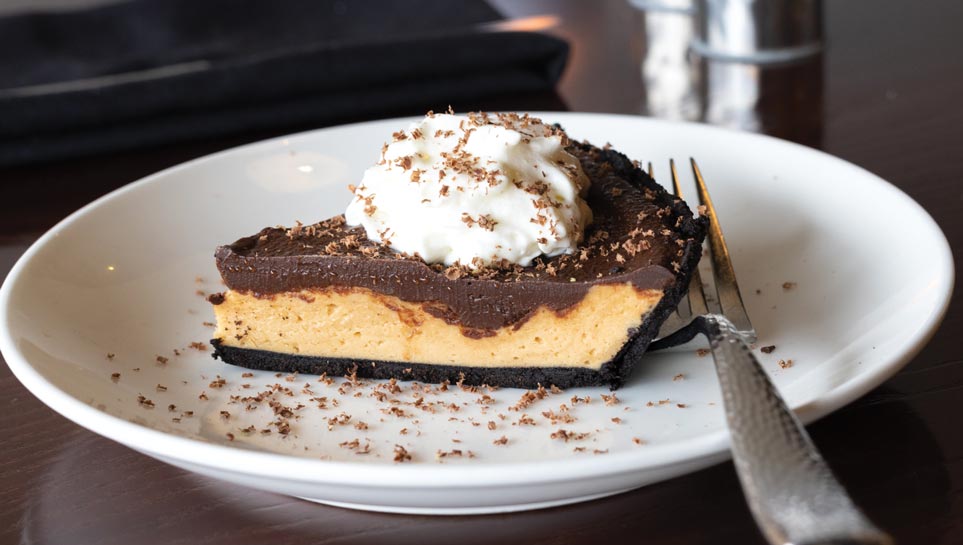 Longtime LaGrange natives will be happy to know that Nick uses the same recipe to make his French onion soup that his parents did at In Kahoots. If you’re looking to enjoy small plates, try the kitchen’s yellow tuna, coated in sesame seeds and seared tataki-like with a thin ponzu sauce, wonton chips and wasabi peas.

Gangas is especially proud of how he’s managed to lean on so many local partners. The dining room’s chairs were made by a high-school classmate, who runs his own furniture manufacturing business. Nick often orders beef from Wittingham Meats in nearby Alsip and his ice cream comes from his favorite local spot, Tate’s. Not to mention that virtually all of the restaurant’s artwork was created by local artists.

As our waiter told us at the end of our meal, “This place truly is a life-long dream for Nick.” And truth be told, a dream come true for us steak and craft-cocktail lovers, to boot.

Owner Nick Gangas doesn’t like to advertise the fact that, on occasion, he’ll sell his high-end collector wines at retail prices. “Having bottles of true collector wines is just fun for me,” says Nick, as is his entire wine and cocktail list. 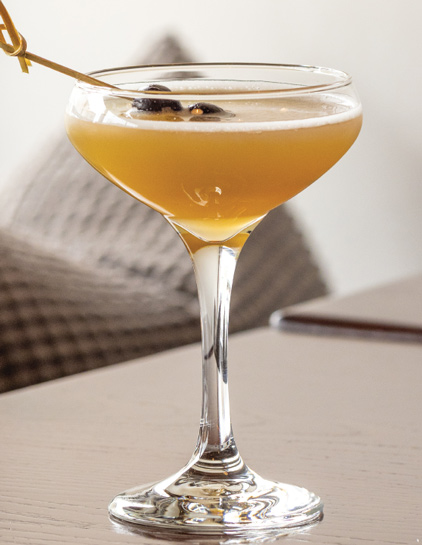 Everlong: In essence, this is a first-rate honey-spiked whiskey sour, almost mead-like in its flavor profile. But Nick hopes it reminds you of your first date: A new budding love, sweet, intimate and intense. 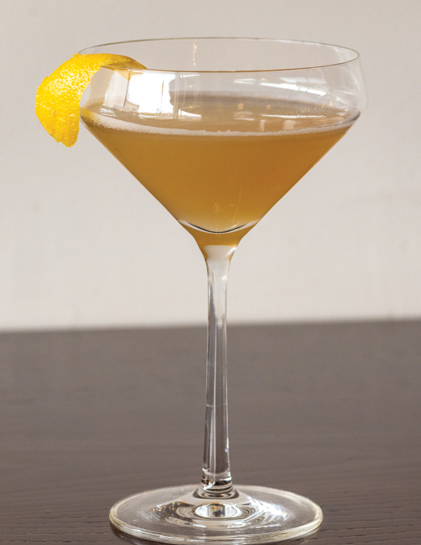 Gimme Shelter: How could Nick not slip in a drink inspired by a Rolling Stones song on his list. Think Japanese Gin, pink vermouth and a delightful undercurrent of citrus notes. Suffice to say, it plucks all the right strings.