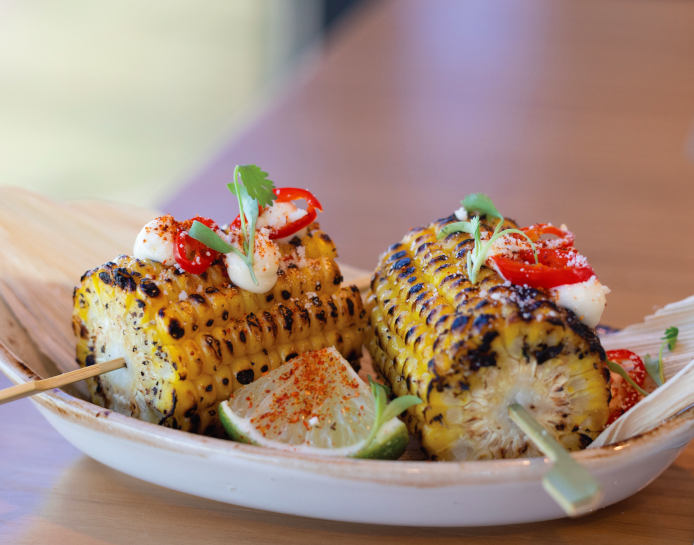 Someone whispers the word “tapas” and you think what? Salted anchovies and bacon-wrapped dates? Toothpicks and cute little terra cotta platters? Or that trip to Barcelona—Lord, who could forget it?—when you evaded that creepy looking mime (dressed up to look like ghost of Salvador Dali) by ducking into a bar just off Las Ramblas and enjoying a Spanish feast for the ages?

Ask the same question of Billy Bothell, the executive chef of the recently reopened El Tapeo in Oak Brook, and his thoughts will gravitate to a discrete set of sounds. Chuckles and dinnertime chatter. Silverware scraping dishes clean and plates being pushed across wooden tables to invite sharing.

For Bothell, tapas aren’t just Spain’s greatest contribution to the culinary arts. He sees them as the world’s most effective ice breakers: tiny, intensely flavored conversation starters that can help us all—in their own tiny, delicious ways—recover from the chaos of the last two years.

If his team, working in the Le Meridien in Oak Brook, does their job well, they’ll be able to hear the fruits of their labors. One-syllable affirmations from the dining room should bleed right through the walls. The yums. The hmms. The wows. All punctuated by voices imploring others to “try this and this and this.” 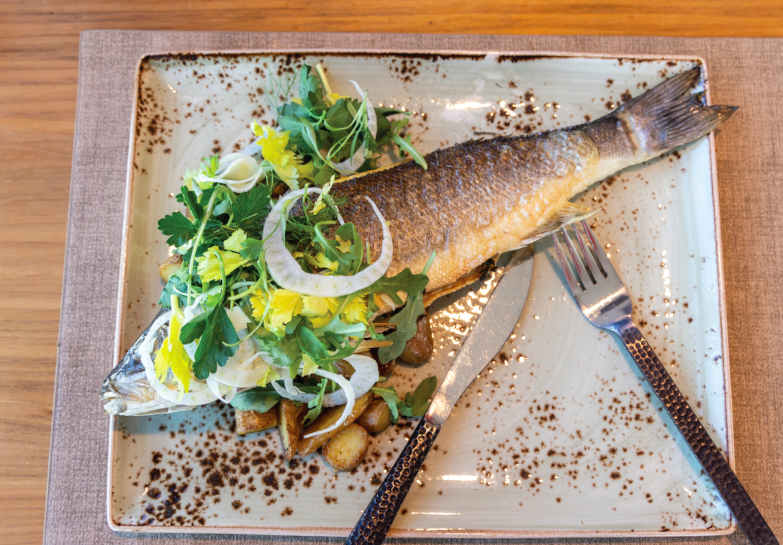 “If we can cook food that helps people put their phones down, we’ll have done our job,” says Bothell.

Bothell was hired to oversee El Tapeo’s kitchen in late 2019, shortly before COVID-19 restrictions caused a temporarily shutdown. Thus, Bothell, who arrives here after a stint cooking for local sports teams has had ample time to devise a creative menu.

“We offer a lot of the classics,” he says, “But we wanted to evolve, too. We wanted to offer diners things that were a little more modern as well.”

Bothell attaches simple one-word names to most of his offerings. Order El Tapeo’s “gambas” and a ceramic serving vessel will be presented. Its lid will be affixed so your server can lift it up with great drama, releasing an aromatic cloud of sweet, sautéed garlic and spicy saffron notes into the air.

The shrimp inside will be immaculately tender, having been steeped in a whitewine broth studded with diced tomatoes.

His maize course is just as cute. Two quartered ears of corn—striped, tiger-like, with black char marks—arrive smeared with aioli.

“When I sit down to create a new dish,” says Bothell, “I rarely start with a protein.” Bothell is more interested in the supporting flavors—the character actors of any professional kitchen—and building dishes around their distinctive colors, textures and flavors.

He’s recently, for example, been experimenting with squid ink. He baked a quick cake and then stained it with the ink, creating a frilly sponge-like creation that resembles coral. And that got him thinking: Spain. The Atlantic Ocean. Seafood. Why not create a small plate that acted as an homage to scuba diving or felt like you were peering into a tiny aquarium?

He applies tiny quenelles of caviar atop thinly sliced black-rimmed radishes. Then bakes a tuille out of saffron until it looked like a golden fish net. At long last he nestles small butter-poached nuggets of lobster at the bottom of the bowl, like buried treasure that had sunk to the bottom of the sea.

Although everyone around us seemed to order the mini paella pans, I’d argue our favorite dish was the house’s full branzino, which was cooked the way Spaniards would prepare it back home. Bones in. head on. Packed with some greens and fennel.

We picked it clean, recounting tall tales of previous fishing expeditions and cherished memories of vacations long passed, content in the knowledge that Bothell had, indeed, given us plenty to talk about.

El Tapeo offers a smart little wine list, plus a selection of classic and signature cocktails. 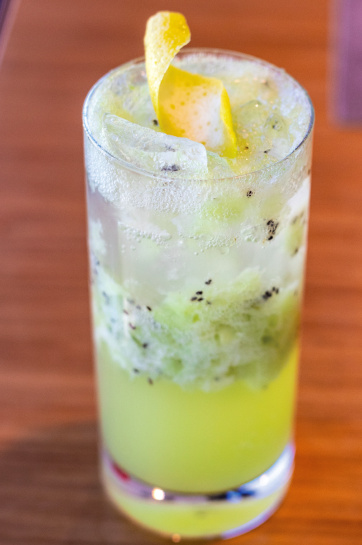 Golden Goddess: You might assume that a cocktail made with gin, apple puree, and muddled bits of golden kiwi would be better suited for a tiki bar than a tapas spot, but this fruit-forward cooler acts as a spritely counterbalance to all the acidity and rich flavors of El Tapeo’s menu. 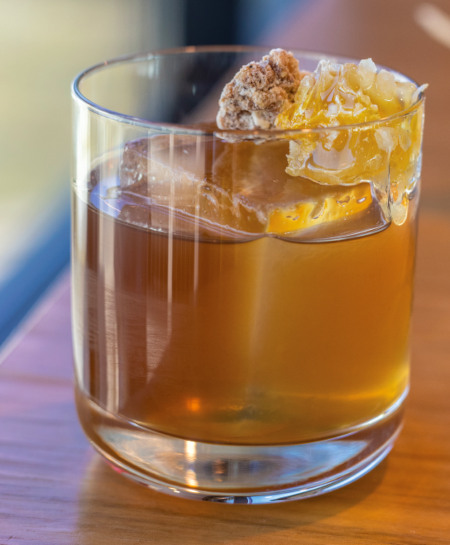 Honeynut Old Fashioned: Rather than serve a typical supper-club Old Fashioned loaded up with lots of simple syrup, El Tapeo dials down the sugar quotient. A slice of honeycomb is speared onto a bar pick, allowing diners to add as much or as little