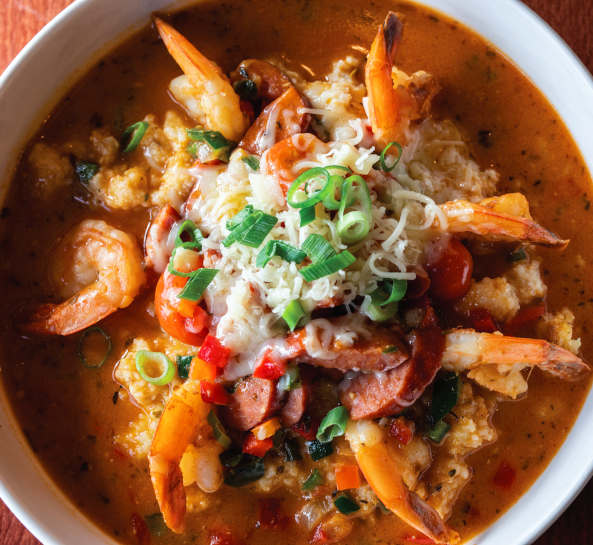 You can order yourself a bowl of real-deal North Carolina grits anytime you want ’em at It’s a Southern Thing Kitchen & Bar in Naperville. Lunch. Brunch. Dinner. Spring. Summer. Fall. Winter. Like your mama’s love, they ain’t ever going away.

“We stand by our grits,” says General Manager Martin Fuger, a Navy vet who also oversees the restaurant’s impressive cocktail list. You have to appreciate a confident kitchen. I’m a firm believer that any Southern diner worth its weight in salt pork should possess a deep and abiding faith in their grits. Throw in a server who can preach about their power with a rapture usually reserved for TV evangelists, and you know you’re in very good hands.

Being that we’re in Naperville, the pitch here is a little more humble, but the grits will still save your Midwestern soul all the same. The recipe comes from executive chef Pete Susca, a Jerseyborn boy who was baptized in the ways of Southern cooking after a move to North Carolina.

Susca makes sure his Naperville kitchen makes the grits the same way they do at his sister restaurant in Durham, North Carolina: stone-ground grits folded with enough butter and cream to make Julia Child blush, followed by a few folds of white-cheddar cheese to keep things honest. 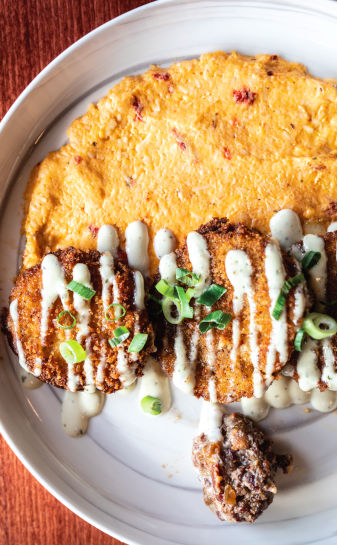 If all this sounds slightly off-kilter—a North Carolina-based Southern diner, overseen by a New Jersey-born chef, tucked away in a Naperville strip mall—rest assured, you can leave your apprehension at the front beer taps.

Fuger chalks it up the generous servings—order the “Peteloaf” meatloaf, made from equal parts ground beef and ground bacon, and you’ll get two mini loaves to share—to good old-fashioned Southern hospitality. “That’s just another Southern thing,“ he says. But even more impressive is the fact we’d happily re-order everything we ordered.

We loved, for instance, the chicharrón crispness of the house’s hand-battered fried green tomatoes. Those beautiful unripe nightshades are wonderfully acidic, but they’re paired with a host of sweet and spicy countermeasures: Smears of pimento cheese, a darn fine homemade garlic ranch as well as one of the best bacon jams in the area.

Like just about everything here, there’s nothing dainty about that bacon jam. It arrives looking like a huge ball of candied bacon, spooned onto the plate as if it were a giant scoop of ice cream. Suffice to say the kitchen uses real bacon—not packaged bits—and a shot or two of Bourbon to make it go down extra easy. Truth is, it’s so tasty you’ll thumb your nose at every other side-o-bacon in town. 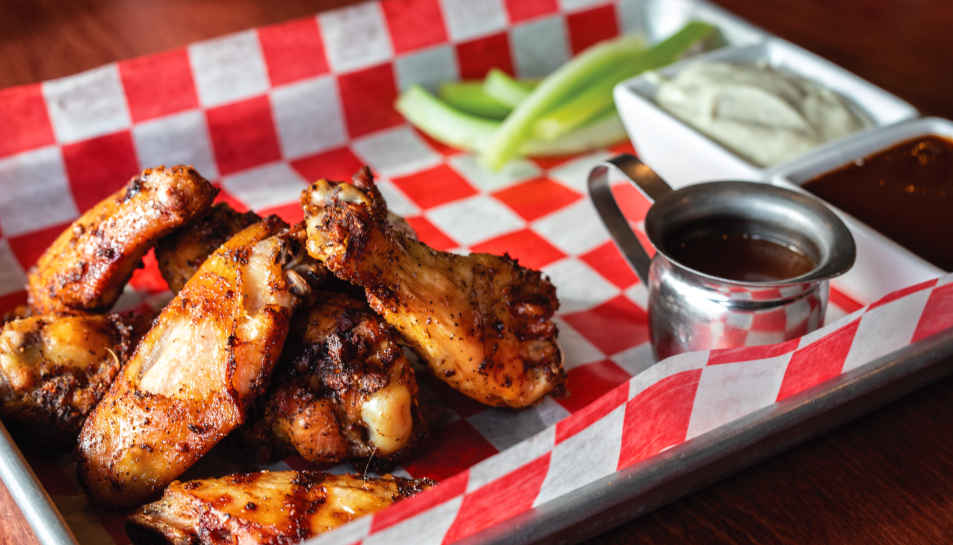 That’s one of the great secrets of Susca’s place. It enthusiastically leans into the sweet accents that the Southern table loves so dear. The house’s corn hush puppies, flecked with jalapeno but never overtly spicy are delicious all by their lonesome, but if you frost them with the house’s whipped honey butter, you’re going to experience a French-toast level of decadence.

The house’s savory dishes are just as impressive. We happily polished off a pound of smoked chicken wings—try saucing them with Susca’s Carolina BBQ glaze—and were overjoyed to find a tray of pulled pork—no bun needed—paired with a juicy mound of bacon-studded collards and cup of spicy slaw.

Lore has it that the Jersey-born Susca initially couldn’t understand why Southerners were so particular about the time, reverence, and care shown to the smallest of kitchen rituals. “It’s a Southern thing,” they told him. “You’ll understand some day.”

Something tell us that a big old swath of Naperville is going to learn that same lesson real soon.

Although It’s a Southern Thing boasts 47 beers on tap, its dangerously smooth cocktail list is the real revelation. 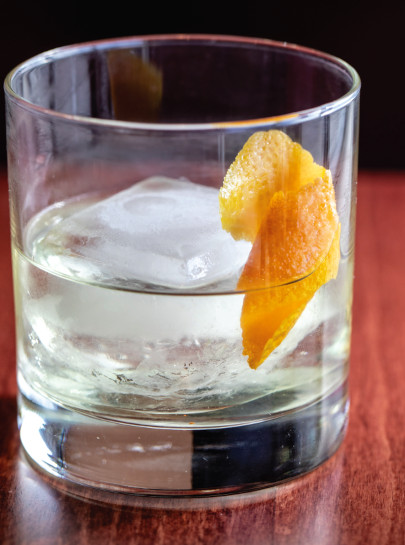 We won’t give away the “super secret techniques” that turn this bourbon-based milk punch into a color as clear as a bottle of vodka, but suffice to say it’s a triumph, which goes down as easy as a rocks glass full of sweet tea. 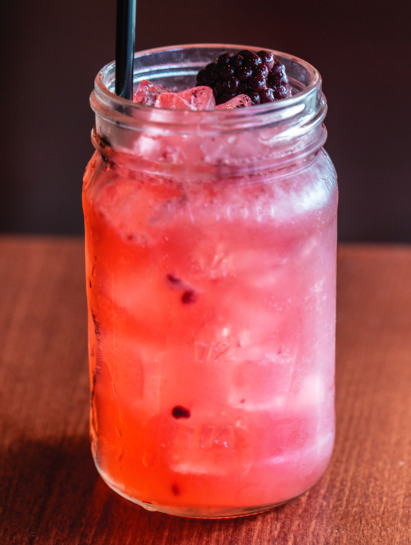 Blackberry Better Have my Money

A blend of dry rosé, blackberry moonshine and simple syrup delivers a full-throated blast of berry flavors without a hint of bramble. Strained and iced up, it’s a sweet sipper that pairs well with the house barbecue.