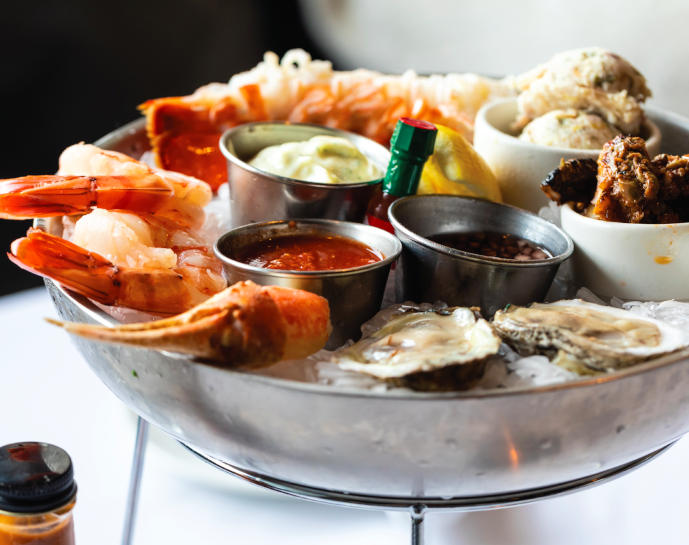 It feels a little surreal, doesn’t it? Venturing out again and eating inside an actual restaurant. One with four walls and an actual roof, rather than huddling beneath a giant cantilevered umbrella or inside one of those hermetically sealed Biosphere-inspired plastic igloos that became all the rage last year.

This return to the good “old” days is liberating. But at times can feel like re-entering the dating scene after an 18-month stay at an ashram. You know what to do—and what you want—but knowing where to start can be a little tricky.

Should one wade in slowly, returning to someplace comforting and familiar? A spot where you can reflect on what’s been lost and gained over the last year? Or cannonball things right out of the gate by splurging somewhere you can be Bacchus for an evening—gorging, feasting, and devouring treats you could never whip up at home? 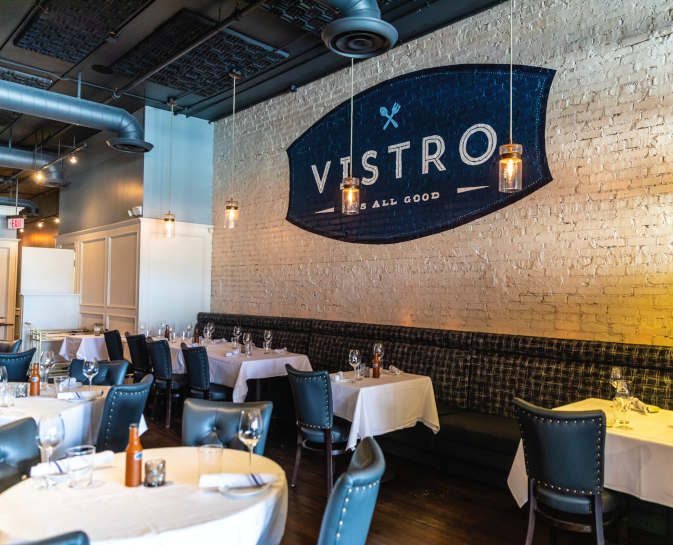 My suggestion: Don’t settle. Go visit the new Vistro Prime in Hinsdale and do both. In some ways, it’s just as you remember it. Same look and homey vibe. The bar still enjoys making customized “dealer’s choice” mocktails for the kids, not to mention the best soft serve in town, now with an option for a bananas foster add-on. Plus they’ve kept all that cream-colored wainscoting, which my wife and I dream about sheathing our living room in every time we go.

Only the menu has been re-concepted. A little less Midwestern-inspire bistro. A little more Martha’s Vineyard-inspired steakhouse. Think Maine mussels, day boat scallops and seafood towers, plus dry-aged steaks and chops. The other half of the menu reads like a playlist of Chef Paul Virant’s greatest hits, both nostalgic and reliably delicious.

I love Virant’s snacks. Always have. I contend his brown-butter kale—drizzled with a semi-sweet lemonade-vinegar dressing and fried to a frilly crisp—represents the zenith of what can be achieved with Tuscan kale and a deep fryer. And his beloved Cheez-Its remain as buttery as your great aunt Sally’s pie dough with a Cheez Whiz explosion of cheddar. But I cheered the loudest at the return of a personal favorite: The old risotto cakes he once showcased at Virant in Lincoln Park: A sushi roll’s worth of fried risotto is topped with melted cheese curds plus frills of peas shoots soaked in a sweet shallot vinaigrette. For my money, it’s an arancini-saganaki mash-up for the ages.

Meanwhile, the remainder of the menu is an exercise in pure post-Covid indulgence. Vistro’s multi-tiered iced seafood tower—black tiger shrimp, oysters, octopus, snow crabs—looks like it was inspired by the Stanley Cup and can be gilded with Siberian caviar and seafood conservas for extra pomp. 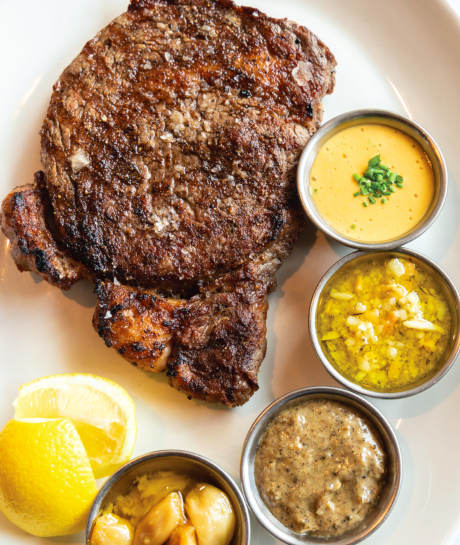 The steakhouse surf-’n’-turf luxuries are pure bling. A classic cocktail-sauce shrimp cocktail. A 7.5-ounce golden plank of Dover sole drizzled with parsley butter. And the real revelation: a piri-piri wood-roasted chicken that plays like a Portuguese-flavored riff on a classic chicken Milanese. It’s everything you’d expect from a downtown steakhouse, only it’s dappled with Virant’s signature Midwestern twang.

Beef tenderloin sliders may have devolved into a steakhouse cliché, but Vistro’s saucier version reminded me of a Philly cheesecake made with filet mignon, each slider slathered with a homemade dijonnaise and griddled onions.

Unsurprisingly, the 21-day aged dry-aged cuts, from CDK right here in Illinois, are as good as anything you’ll get in the city. But the real treat for us was loading up on all the ridiculously inexpensive sauces. Pick your delight: cacio & pepe butter. A marrow-rich bordelaise. A pitch-perfect béarnaise. A spicy horseradish crème fraiche. But our favorite was Italian four-cheese relish that tastes like the gooey top layer of a really good loaf of garlic bread. 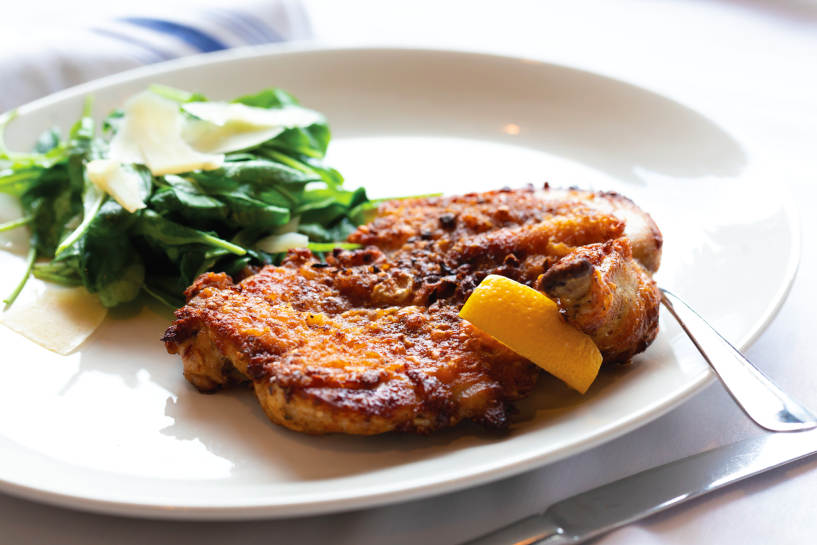 Near the end of the meal, I flagged Vistro’s sommelier and GM Paul Solomon and complemented him on the meal. After all, it never hurts to be complimentary on a first date, right? He was smiling. He said he felt so fortunate that the restaurant was open and packed again, in part because of what the team had experienced last summer. “At one point, Paul (Virant) cried,” he confided to us. “He wanted it to be better than ever. This place means a lot to him.” 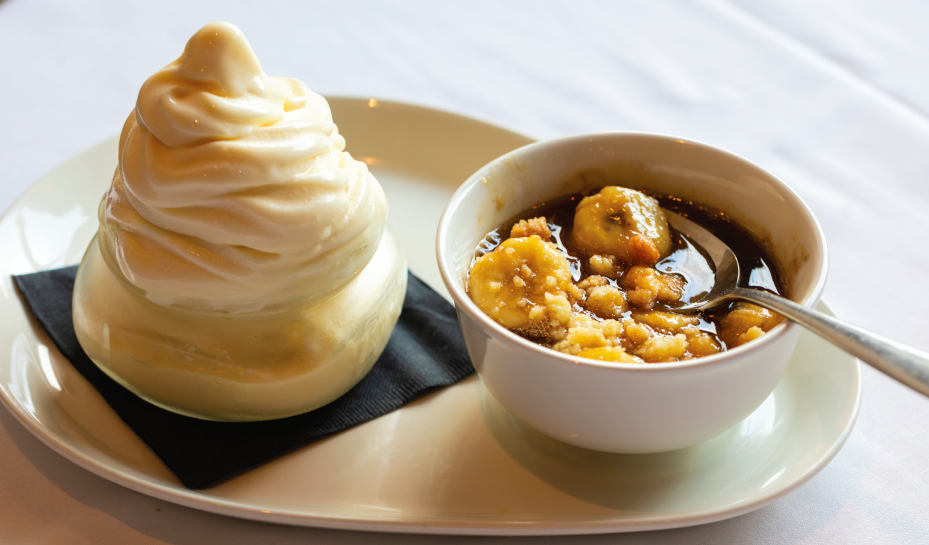 I told Solomon, based on the chorus of coos heard on this side of the kitchen, that they were plenty of people here willing to second that very same sentiment.

Vistro Prime knows a good “sour” pairs especially well with a steak, thus the new build-your-own sour program where you pick your spirit of choice. But the bar’s smart takes on classic sippers marry just as well. 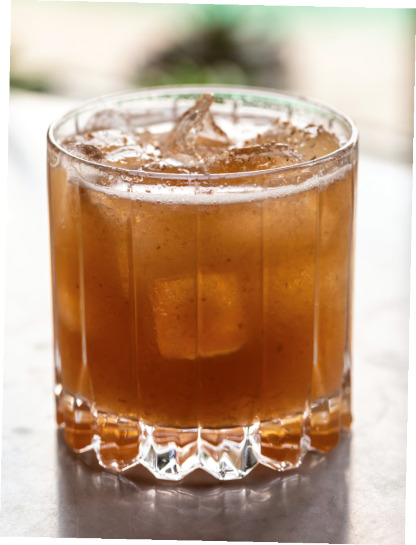 Jar Sessions Old Fashioned: Yes, everyone seems to be slinging Old Fashions these days, but not quite like this one. No syrupy orange sweetness here. A dash of black walnut bitters helps it stand up to dry-aged steak, and a hint of smoked apple butter makes it pure Northern Wisconsin in a glass. 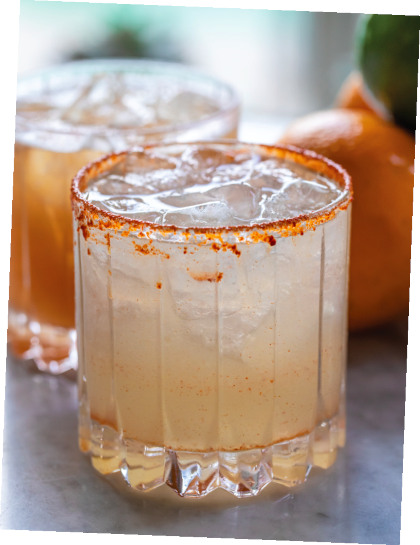 The “Justin” Margarita: Named in honor of an early Vie regular, this hot little number comes rimmed with wonderfully complex spicy pixie dust (chile de arbol, ginger, smoked paprika, salt, and sugar) and a splash of a hot sauce tincture. It may look like a Bloody Mary but conjures up the right balance of mescal smoke and nuanced citrus notes thanks to the clever use of an intense ginger liquor.