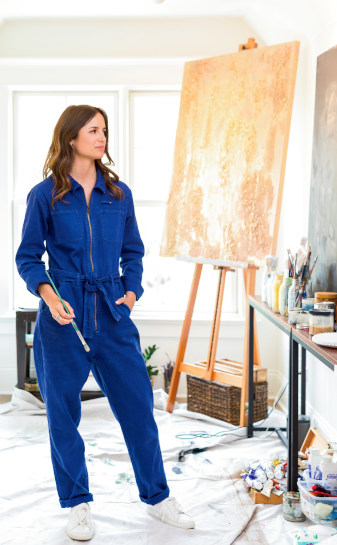 Diane Crites painting in her studio. Her piece How Many Carats? can be seen in the background. Photography by Robin Subar / Styling by Theresa DeMaria / Hair & Makeup by Leanna Ernest

Diane Crites was a young girl living in Detroit, or maybe it was Florida, when she first realized that she saw the world a little differently from others. An alley vignette could be a black-and-white photo. A field of flowers could be an abstract painting or an expressionist drawing in charcoal.

Everything, everywhere she went, had potential to be a work of art. 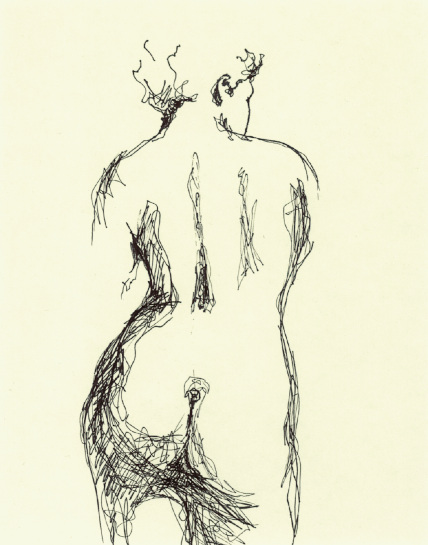 And yet Crites, who took art classes as she moved around from state to state, coast to coast, with her family (ultimately landing in Dublin, Ohio) before pursuing an undergraduate degree at Miami University in Ohio was as practical as she was creative.

“I enrolled as a fine arts major. Then two weeks after, thought maybe I should learn the business side of being a creative, so I changed my major to marketing,” explains Crites, who now lives in Clarendon Hills with husband, Eric Crites, and children Emma, 7, and Jackson, 4. “On the side I took as many painting classes as possible, which included a semester studying painting and drawing in Florence at the Lorenzo Di Medici Art Institute. I graduated just short of a double major.”

From there, she went straight to New York City with two goals—to find a job with a salary she could live on, and to continue pursuing  her art projects over the last two years are grateful to be the beneficiaries of this metamorphosis.

One of Crites’ favorite endeavors on the philanthropy side has been working with Jackelyn Kastanis, founder of the Hinsdale-based Simply from the Heart—a nonprofit that works to promote healing and recovery, enrich lives, and empower hospital patients through beauty and pampering services.

“This past year, I wanted to focus on giving back so I worked with Jackelyn on a collaboration with two of my drawings,” explains Crites.

“We did a limited exclusive print for her charity with 100 percent of the proceeds going back to her mission of making sure that everyone who’s in the hospital undergoing treatment is treated to some glam makeup and hair services. It’s all about giving everyone a sense of confidence and these figure drawings are representative of that.”

Crites’ pieces can also be found exclusively at Anecdote in La Grange, one of several local business owners she has been working with. 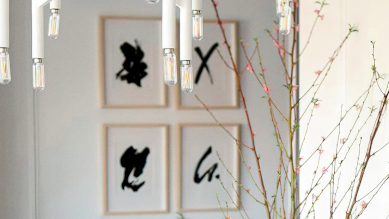 “Right now, they have some of my black and white inks,” she says. “They are more expressive. I’ve been classically trained in art, but I wanted to let myself go and have more intention in my marks. These inks are a product of me letting go and becoming more loose in my art.”

Meanwhile, Hinsdale interior designer Courtney Casey and others in real estate and architecture have been purchasing Crites’ larger works.

“As I was exploring my intention in painting and drawing and experimenting with my medium and what I was going to say in my art, they were interested in purchasing some of the pieces I’ve made during that exploration, Crites explains. “Another project I did recently was with Moda Eye Care in Clarendon Hills. Dr. McCarthy has a vision and appreciates arts in all the frame selections that she has so she reached out to me to work on creating art to go on that cloth you use to clean your glasses.”

Crites says she is grateful to be living with her family in a community she loves while also becoming the person she was always meant to be. 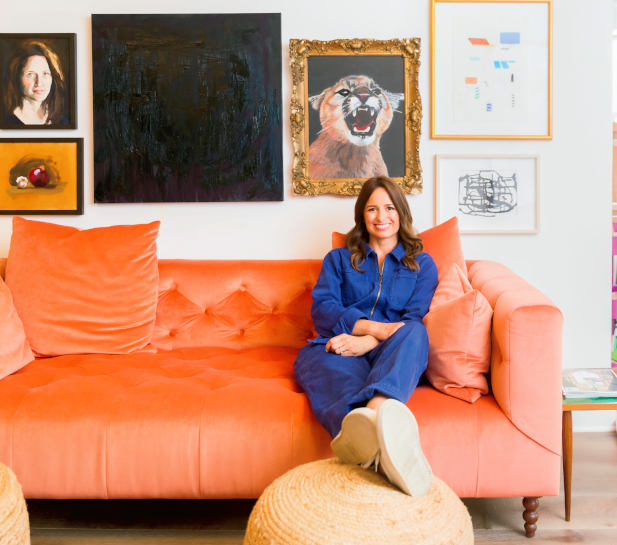 Diane Crites in front of a gallery of her artwork leading into her studio.

“I’ve always known that this is a part of me, but I’ve never given it credit—even to the point where I was just recently, someone asked me why I don’t want to sign my paintings,” she says. “I think subconsciously I wasn’t allowing myself to be called an artist.”

As for her adjustment to life in Clarendon Hills, Crites says she may be here to stay.

“Everyone jokes that I’m Clarendon Hills’ No. 1 fan,” she laughs.

“I feel like my heels are dug in here. I moved around so much when I was little, so I really find the idea of living in one place very attractive—especially for the kids. Although, I do feel like moving around the country taught me a lot and I’m thankful for it.”

With her art now hanging in the homes of many of her neighbors and new projects on the horizon, Crites is shifting to a phase of her life and career she once only dreamed of.

“People tell me that having my paintings in their home makes them happy,” she adds. “It gives me great satisfaction to know that, in the last year, a lot of people were spending so much time in their homes and that these pieces gave them solace.” 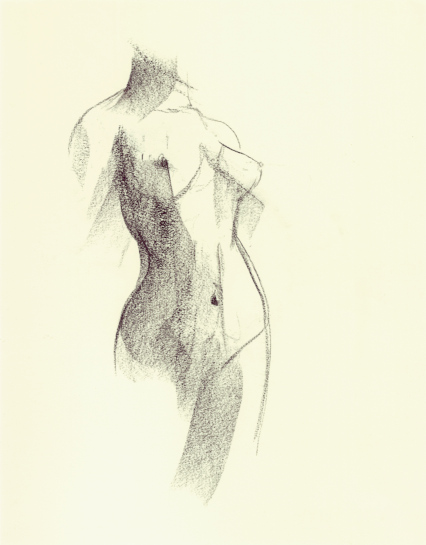 Limited edition drawing, In Your Own Skin, benefitting Simply From The Heart.

Crites—whose multifaceted pieces range from classical realism to abstraction—says she looks forward to spending more time in her home studio and taking on new commissions.

“One of the biggest things I’m excited about is getting time, finally, to dive into my own work,” she adds. “The next six months to a year will be spent focusing on what my work is going to be about and finding my voice. I feel so grateful to have the studio space, which has also made me realize how important taking time for yourself is. During the pandemic I’d come up to the studio and have time for my thoughts, to meditate, drink wine … and it reminded me that we all have to take a little time for ourselves and self-care.”

Although, as a mother of two young children, she’s rarely ever always alone.

The studio also serves as a family art space—a rules-free zone where Emma and Jackson can follow in their mother’s (and grandmother’s) path and express themselves in color and ink.

“I let my kids paint up in the studio as much as they want and let them use any type of medium they want,” she adds. “I just let them go and that’s been really helpful for me, too. They don’t have any preconceived notions of what they should be or should not be doing. It’s so inspiring to watch them be creative without worrying about anything.”

It is, after all, the reason she worked so hard to get here.

“The kids are going to be in school in the fall and I’m finally devoting my time to what I’ve always wanted to do,” she adds. “It feels like this is going to be my next chapter.”