Time flies when you’re having fun. With more than 100 covers in our archives, Hinsdale Living has covered some of Hinsdale, Burr Ridge, Clarendon Hills, and Oak Brook’s most interesting personalities for 10 years. As one can imagine, while scouring over past issues, it was hard to narrow it down to just 10. We hope you enjoy reminiscing over these covers from years past as much as we have. 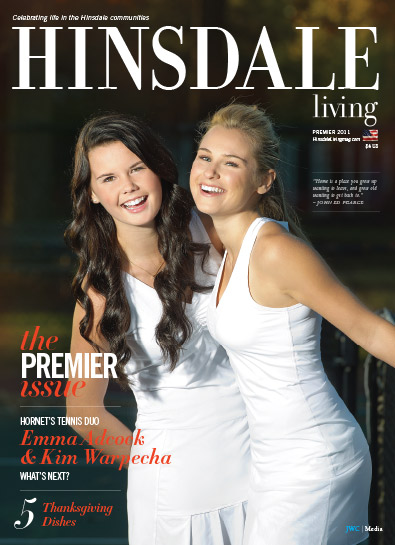 There’s something special about the premiere issue. Not only were Emma and Kim all smiles, but they shared amazing talent as well, making their story easy to tell. 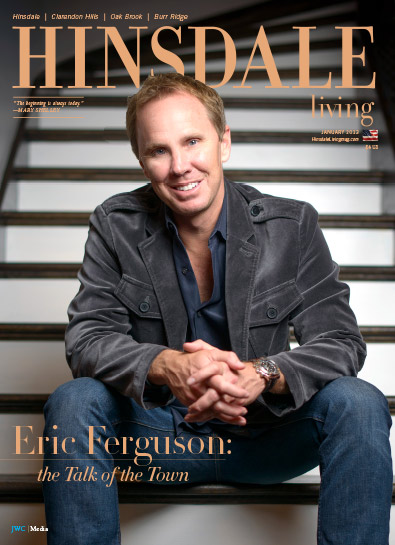 Eric Ferguson, host of 101.9 The Mix’s Eric in the Morning. Photography by Jim Prisching

Ferguson, a seasoned radio host who has entertained Chicagoans for 25 years made Hinsdale home in 2012 with his wife, Jen, and four children. Although they have moved from the area, Ferguson’s infectious personality—typically only heard over the airwaves— illuminates this cover and the feature inside. 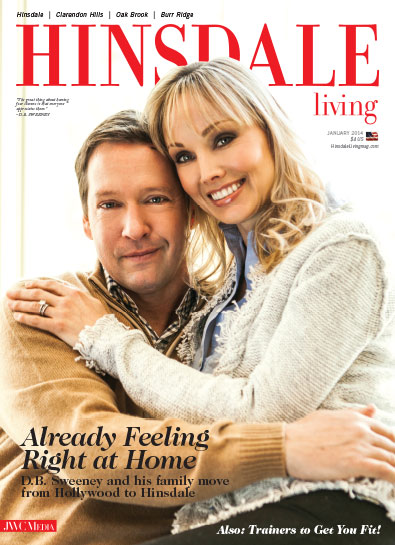 D.B. and Ashley Sweeney moved to Hinsdale in 2013. Photography by Kirsten Miccoli

A talent in the entertainment industry, D.B. Sweeney found himself acting on the sets of Lonesome Dove, 24, House M.D., and Two and a Half Men, as well as behind the camera, writing and directing Two Tickets to Paradise. In 2014 Sweeney and his wife decided to leave Los Angeles and make Hinsdale home, all while taking on a new gig at the Oprah Winfrey Network. Finding a town where they felt right at home was paramount to their journey and they look right at home on this cover. 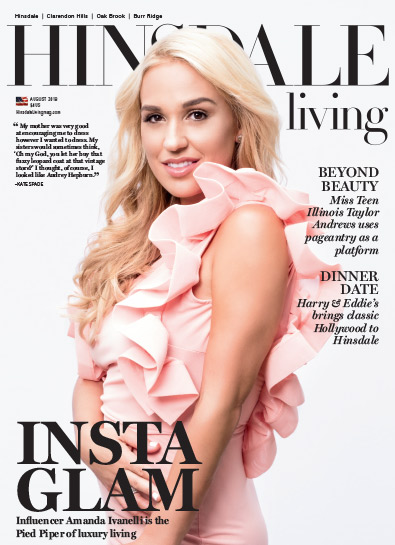 Ivanelli is stunning on this summer cover, but what really makes this one of our favorite covers is the small detail of hand placement. The influencer shared with our team that she and her husband, Carl, were expecting their fourth son, which made this cover of one Luxe Mama (as her blog is titled) all the more special. 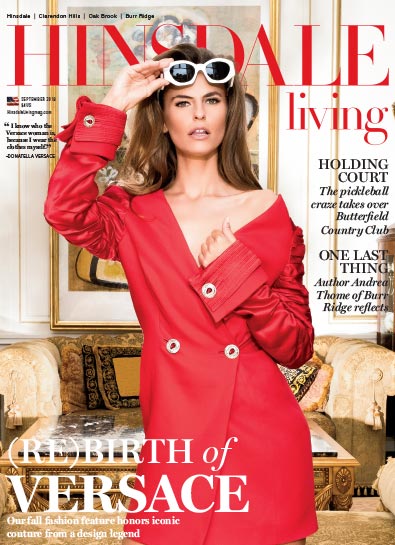 Versace, Versace, Versace! The name is iconic, and it felt serendipitous when our style team learned that luxury auction house, Hindman Auctioneers, had plans to go live with a private collection of straight off the ’90s runway fashion as we were working on our fall shoot. We fell in love (again) with the couture designs from legend Gianni Versace while putting this cover together. 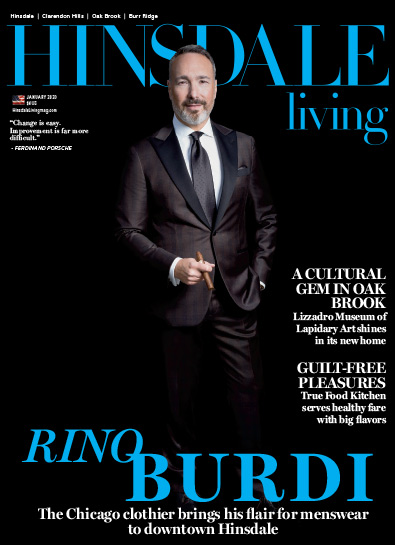 A third-generation clothier and all-around best-dressed man, Burdi announced the opening of his newest menswear store in Hinsdale. 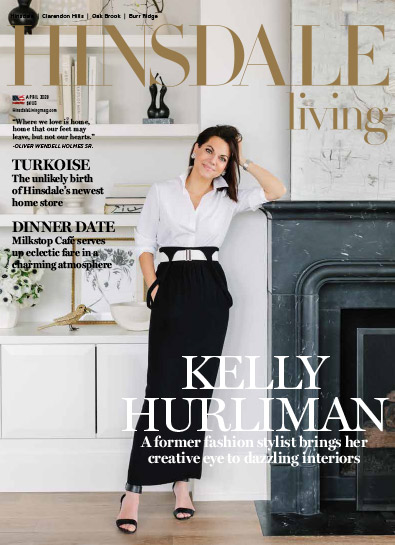 Kelly Hurliman’s sleek design paired with her equally tasteful sense of fashion is enough to make this a favorite, but the down-to-earth nature of this designer (who just happened to also be charged with dressing Oprah for over a decade) radiates from the page, making it a must-love cover 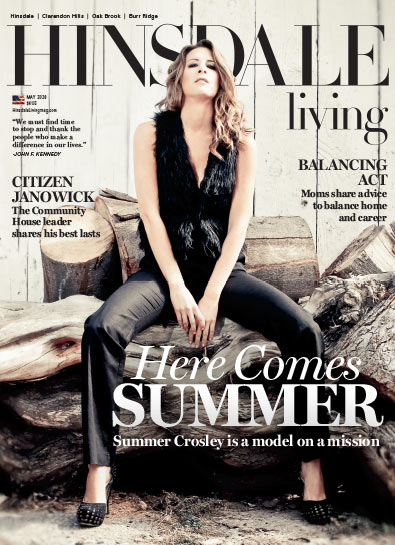 Although internationally recognized in her work publications from GQ and Esquire to VOGUE and Elle, model and actress Summer Crosley returned home and shared her how her Midwest upbringing influenced her drive to save the planet—hitting homes just as the COVID-19 pandemic began to take hold. 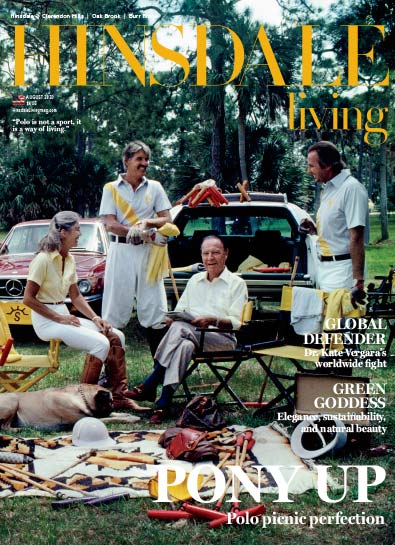 Vintage and iconic. It was a pleasure having one of America’s foremost polo families and Oak Brook Polo Club founder, Paul Butler, on this summer cover. 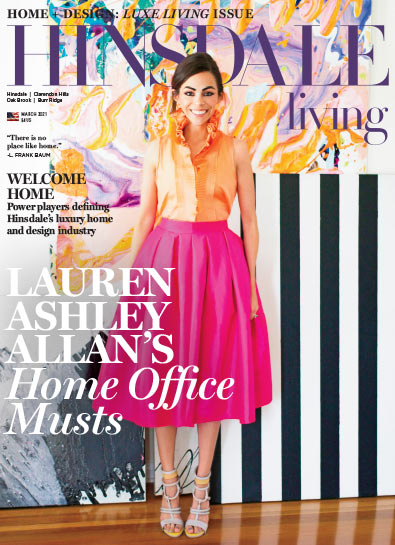 This Nate Berkus prodigy announced the official opening of her own design firm in September 2020 with the help of Architectural Digest. Nearly a year after work-from-home pandemic life had been in full swing, Lauren graced our cover in bright colors to share home office must-haves. It was the breath of fresh air we all needed this spring.