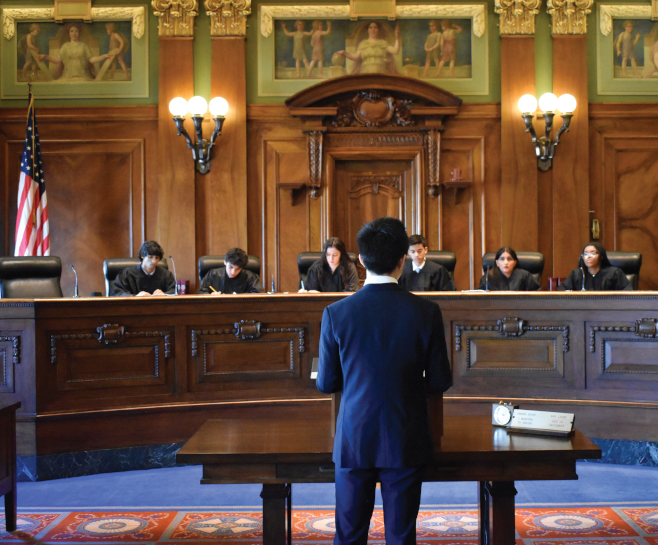 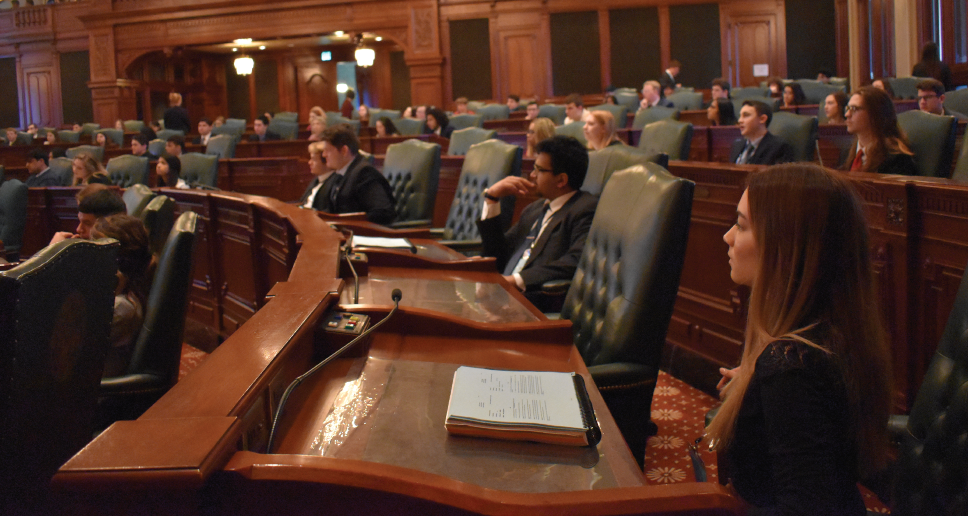 Sean Nelson says he would do his job for free.

Nelson is CEO of the Illinois YMCA Youth & Government, a statewide organization that provides hands-on, leadership opportunities for high school students. In 2020, approximately 1,000 students participated in the program—420 from DuPage County and the Western Suburbs.

Each year, the program recreates state government; students run for executive positions, such as Governor, Lt. Governor, and Secretary of State, as well as Chief Justice and state senators. Elected by their peers, the program culminates each year when those elected take over the Capitol Building in Springfield for a legislative session.

“These are very intelligent kids who have to sell their bills to a large enough percentage of their peers to get their bills passed,” Nelson says. “They’re passionate and they take it very seriously. I enjoy it so much; I really would do this as a volunteer.”

Pranav Viswanath, a senior at Westmont High School who has been a state senator in the program three years running, says he’s learned a lot during the process of making the issues he cares become a legislative priority.

“The students have a lot of different legislative tracks that they can go on. They can be a legislative assistant or a lobbyist as part of a legislative bill team,” Viswanath says.

Nelson says the program is almost entirely student-run with an assist from advisors. A few years ago, the organization changed its bylaws to integrate students into the organization’s leadership.

“Candidates that win election for Governor, Secretary of State, Chief Justice, and Lt. Governor become ad hoc board members and they work closely with us,” says Nelson. “That’s only been happening for about four years and it’s worked out great. The program is more educational, and I think it’s more fun.”

Just as the real legislature operates, when students go to Springfield, they write and refine bill briefs then work to move their bills up the priority list so they can be voted on by the full legislative
body.

“It’s a really good activity where you get to develop all these leadership skills like argument, debate, and networking because you have to convince other people to join up with your initiative,” says Viswanath. “I think it teaches us high schoolers that you can focus on the issue without political affiliation and focus more on getting things done through developing leadership skills.”

Students pay a fee each year to participate in the Youth and Leadership Program, which doesn’t cover all of the organization’s costs, so it also raises funds from individual donors, foundations,
and corporations.

“There’s no better way that I know of for high schoolers to learn about how state government operates and to get them excited about public service,” Nelson says. “You see these kids in the program and you know they’re going to change the world.”

For more information or to donate to Illinois YMCA Youth and Government, call 630-833-9622 or visit ilymcayg.org. 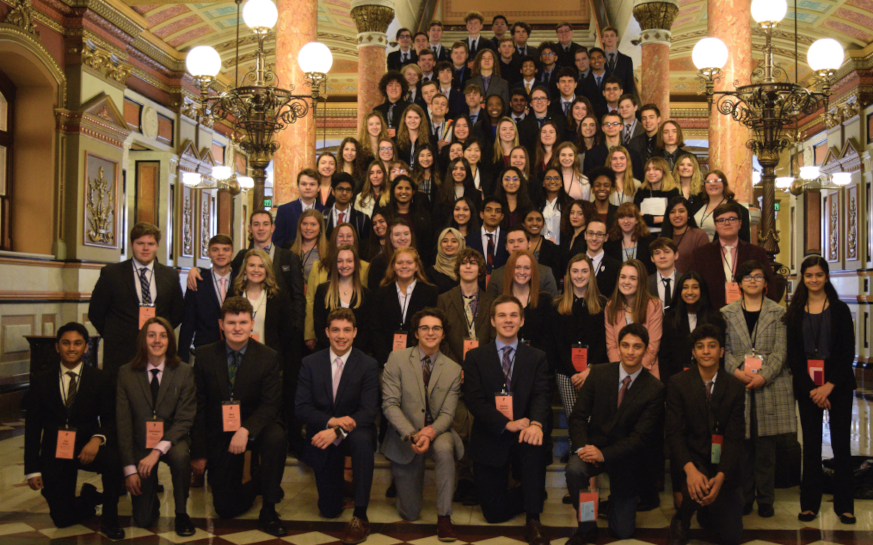