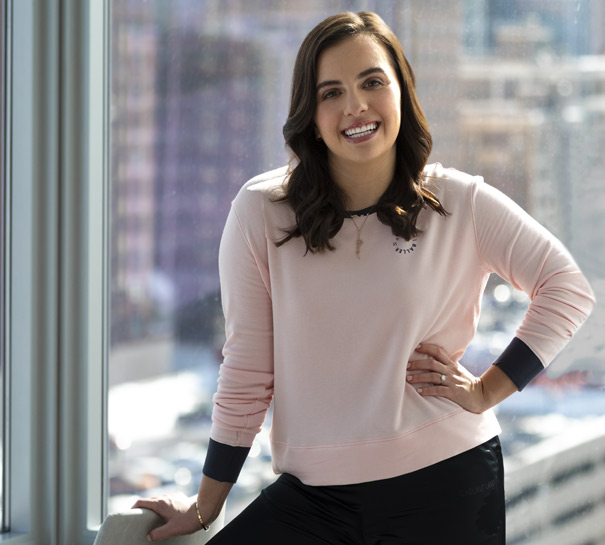 Julia Veome is feeling pretty in pink—pretty and powerful. On this sunny afternoon, she is modeling signature pink pieces from the comfy athleisure wear line she designed and just launched in a move that expands her Natural Baller skin care company into a complete lifestyle brand.

“Live Life with No Filter,” says La Grange Park native Veome. “Natural Baller is all about empowering women with products that give them the courage to embrace their true selves, unapologetically unfiltered. No one—on social media, or in real life—should be able to make women feel like they are anything less than an absolute baller!”

At 23, Veome has been about this mission for most of her young life. She launched Natural Baller at 21, the summer before her senior year in college. But her efforts to help her peers grow the self-confidence needed to battle entrenched cultural messages about beauty go back to childhood.

Sporty, healthy, and happily centered in a supportive family, Veome was mortified when girls in her fifth-grade class taunted her, saying she “had a mustache.” This caused her self confidence to plummet and led her to a beauty parlor to have her little lip waxed. Thankfully, the aesthetician who cared for Veome was a beautiful soul named Nika.

“Nika just couldn’t have been nicer,” says Veome. “I developed a really strong relationship with her, and we became family friends. Not only did she work with my family to restore my confidence, but she was also very knowledgeable about natural skin care products, and the harm that chemicals can cause. Nika taught me so much.”

That early experience gave Veome a window into the world of natural skin care and a set of practical skills that led her step by step into the industry. But the mission for the company Veome would shape was also borne out of concerns for the environment, and, for her peers as she watched their behaviors on social media become more and more unhealthy. 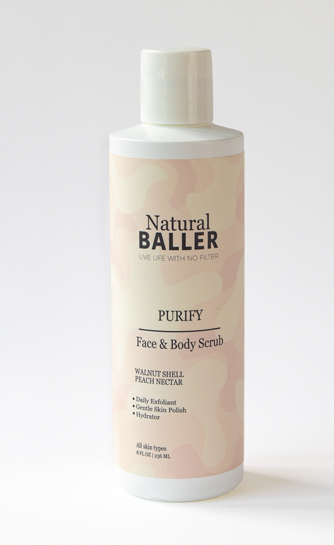 “We’d already seen so many unrealistic beauty standards, watching America’s Next Top Model and looking at Victoria’s Secret,” says Veome. “But by high school, when social media took over and everyone got on Snapchat and Instagram, there was an even more dramatic pivot in how we saw ourselves. I was lucky that I knew my family loved me for who I was. My younger brothers would even give me grief when I wore makeup because they thought I looked better without it,” she smiles.

But the influence of social media could not be ignored.

For example? It was normal within Veome’s friend group that somebody would take a selfie, send it to everyone in the group, and ask for them to edit the photo. The “best” edited version would be the one that was posted on social media.

“Photos were literally altered to make waists smaller and hips bigger and lips poutier. Those were the pictures that got the most likes,” says Veome. “So, girls were regularly being rewarded when they posted images that they knew looked nothing like reality. Imagine what that does to your self-image. It got to the point where no one would ever post without editing anymore.”

When Veome began studying at Saint Mary’s College, a series of events coalesced that would lead her to launch her company. Majoring in business, she took a marketing course where she learned that more than 70 percent of social media users struggle with body image.

“That was on my mind when I got the news that Nika had been tragically killed in a freak automobile accident. I was just devastated,” says Veome. 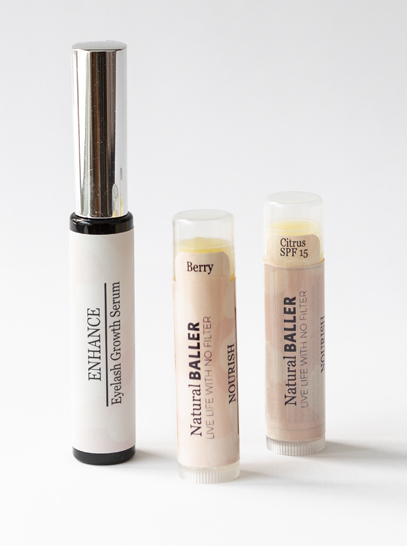 About a week after Nika’s death, Veome received an email from a skin care company that was looking for brand ambassadors. “Combined with Nika’s passing, it just seemed meant to be,” she explains.

She took the job, writing articles for the company’s products. “I realized that natural skin care was a passion for me and something I really loved doing,” Veome says.

With a vote of confidence from her father—a financial advisor in Chicago with whom Veome has a very strong bond—Veome set out to create a line of natural skin care products from scratch.

“I did so much research. Everything from sourcing natural product formulations to package and label design,” expresses Veome.

Working day-in and day-out to make it happen, Veome interviewed laboratories all over the country, finding one in Florida that used only natural and organic ingredients with whom she could work.

“I tested many of their formulations, using my family as guinea pigs and we finally arrived at what is now our Natural Baller skin care line,” she shares. 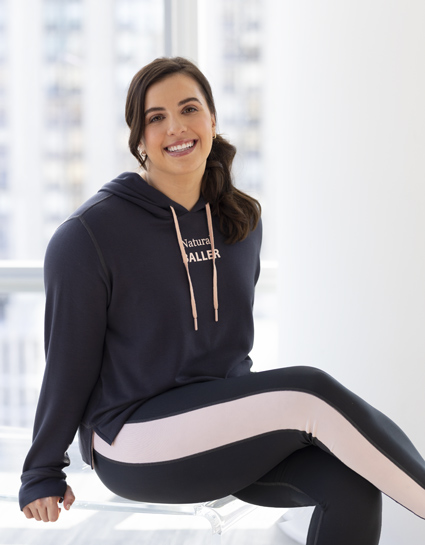 From facial and body scrubs to masks, lotions, and lip balms, the natural products are made in the U.S. without the parabens or skin irritating and cancer-causing chemicals that beauty companies use as preservatives to extend shelf life. Any fragrances used (about half of the products are unscented) are also natural, such as the body scrub—which includes peach nectar and a toner, with witch hazel and lavender essential oil in the mix.

Initial response to the products and Julia’s hands-on presence was very positive—including requests from customers that she add clothing items.

“That really got me thinking,” says Veome. “I wanted Natural Baller to help girls start and end their days on a positive note. But then I thought, ‘Why limit that? Why not extend that throughout the day?’ It just seemed like the natural next step—especially since clothing is a natural extension of our skin.”

To make it happen, Veome first sought to find an existing clothing label that would be open to adding a Natural Baller extension to its offerings. She sold a well-known New York City label on the idea, but the label was not willing to have the clothing made of fabrics sourced in the U.S. that would also be soft, and environmentally friendly.

“It was like the impossible triad,” says Veome. “Most labels want to source fabrics as cheaply as possible, somewhere overseas. And if you want environmentally friendly fabrics, ensuring that those are also really soft and comfortable limits your sources.”

Determined that the clothing would match the high standard of her skin care products, Veome persisted. 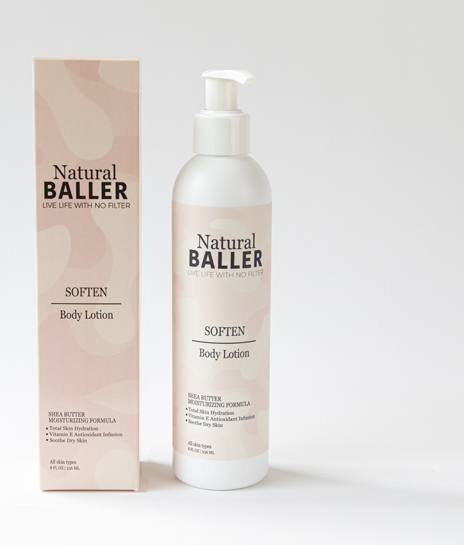 In colors matching the pink, charcoal, and cream scheme of the skin care line packaging, all the clothing has an eco-friendly component. Some is woven from chitosante interlock—a material made with crushed crab and shrimp shells. All of the workout clothes are from 100 percent recycled materials. Everything is sweat-wicking and antibacterial.

“We are so proud of what we have made,” sums Veome. “And above all, every piece is insanely comfortable and soft. I had no idea how important athleisure wear would be at the outset, because we started this before the pandemic hit,” she concludes. “But the primary goal with the clothing, as it has always been with Natural Baller products, was to make something that would be empowering for girls to wear. I think we have done that.”