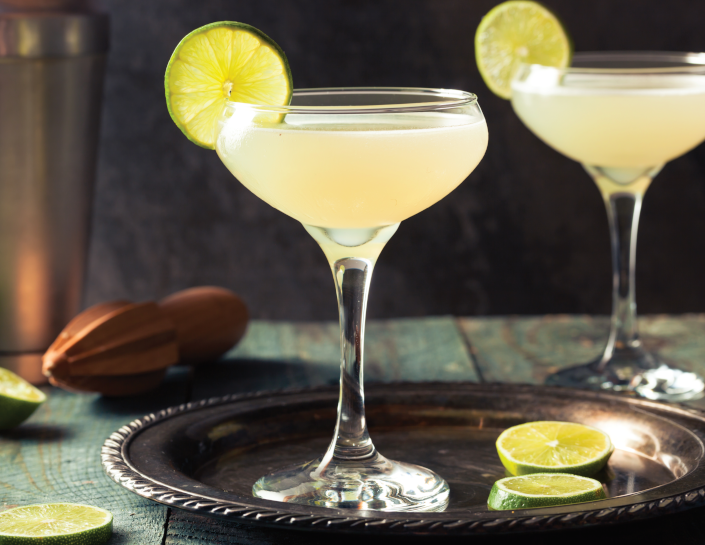 Bo+Ivy Distillers founder and co-owner Michael Curcio shares the fascinating history of Hemingway’s favorite cocktail—the daiquiri. This is not the boat drink you think it is … but it will transport you away from the cold! WORDS BY MICHAEL CURCIO

THE DAIQUIRI resides in the same family as the most classic of cocktails: The Martini, the Manhattan, the Sazarac, and the Old Fashioned. Its history is over 100 years old, originating in pre-Prohibition and Prohibition era Cuba when the country was open for tourism and its nightlife thrived. The Tropicana Club with its “Las Diosas de Carne” (translation—Goddesses of the Flesh), burlesque dancers, the Buena Vista Social Club (from the popular Artisan Entertainment documentary), and the New Year’s scene from the Godfather II all reflect the environment that conceived the Daiquiri.

The drink was created by Jennings Cox, an American engineer who managed the Cuban properties for two American companies (credit as co-creator is also often given to a Cuban engineer named Pagliuchi). With important guests on the way and finding himself without a source for gin—the genteel spirit at the time—Cox worried that they would not find the local tipple palatable if served neat. He added lime juice and sugar to the island’s pure cane rum, and a classic was born. 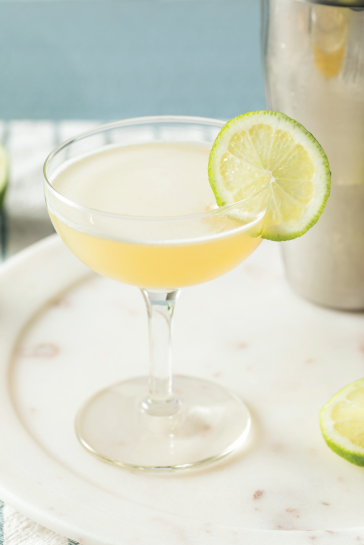 It is believed to have been the favorite cocktail of Ernest Hemingway and Jack Kennedy (ironic considering he is responsible for severing diplomatic ties with Cuba in ‘61 … perhaps Bay of Pigs was intended to oust Castro in an effort to save his beloved cocktail? But I digress). Ultimately, it was the United States Navy—specifically Admiral Lucius Johnson—that brought the cocktail to the mainland via the lounge at the Army and Navy Club (of which I am a proud member). Located on Connecticut Avenue NW in Washington, D.C., active and retired officers can still host happy hours in the lounge, which is now named for the cocktail.

Now that we’ve covered the historical commentary and, hopefully, established the Daiquiri’s historical bona fides—let us move on to the technical aspects of mixing this cocktail. The Daiquiri, like any great cocktail, consists of a base and a modifier. In this case, the base is light rum and the modifier is citrus (lime juice) and sweetener (simple syrup). The purpose of the modifier is not to mask the base liquor but, rather, to enhance its flavors on the palate. The base liquor is always the main event. Never use premixed sweet and sour mix unless you are looking to have a substandard cocktail with 5 times the calories!

Ingredients:
• 2 ounces Cruzan Light Rum: Anyone who has spent time at a college kegger knows there exist many different types of rum (Captain Morgan Spiced, Malibu coconut, etc.). I will say, IMHO, most are revolting. There are two kinds of rum worth drinking. Period. Dark rum and light rum. All distilled liquor is clear when it comes out of a still and only takes on color after aging in some type of wood barrel. Light rum is, therefore, not aged. There are a few good mixed drink recipes for a dark rum out there, but the Daiquiri is not one of them. A high quality, aged dark rum is not for Daiquiris, but should be enjoyed simply over a large piece of clean ice with a squeeze of lime and sipped. I am not as picky with brands of light rum as I am with gin, as rum is distilled from sugar cane and much more forgiving. Cruzan makes an enjoyable light rum, and I recommend using something comparable provided it doesn’t give you a huge hangover.

• 1 ounce fresh squeezed lime juice: As far as I know, Mother Nature has only one brand. Don’t skimp on the fresh fruit— there are natural sugars resident even in tart citrus fruit that are lost in the stuff you buy off a shelf. Fresh is always better. I prefer daiquiris on the tart side, but this is personal preference so feel free to adjust your proportions between 1/2 to 1 ounce to satisfy your taste.

• 1/2 ounce Luxardo Maraschino Liquor: This is a bit of substitution. The classic Daiquiri calls for 1/2 to 3/4 ounces simple syrup to balance the tart from the lime juice. The Maraschino liquor does this job, plus adds a little more depth and complexity to the cocktail.

• 2 Drops Fee Brothers Grapefruit Bitters: I am a bitters fanatic. They bring so much more to a cocktail without burdening the ingredients with extra heavy modifiers and allow you to keep the cocktail simple in ingredients while enhancing the flavor palate simultaneously. I came up with the grapefruit bitters while reading a recipe for the “Hemingway Daiquiri” which calls for the addition of grapefruit juice to the mix. Instead of adding all the juice (and sugar), just put a few drops of bitters in to get the same effect.

• Measure and mix all ingredients in a graduated shot and pour over ice in a cocktail shaker. Shake vigorously and double strain (to remove pulp from the lime and ice shards) into a cocktail glass or coupe.

• Garnish with a wheel from the fresh lime you squeezed. Slice and place on the rim.

• Close your eyes and imagine yourself dancing at the Tropicana on a caliente Havana night! Cheers!