When he was 2 years old, Mark Howard survived a nearly calamitous voyage on the Queen Mary with his parents to arrive in the U.S. Howard’s father, a born and raised, true-blood Irishman, and his mother, of Irish descent but born in Yorkshire, England, started their new lives in Rogers Park.

After a bit of arm twisting from his parents, at the age of 5 Howard took up traditional Irish dancing and started lessons in the back of a Rogers Park Irish bar named Connelly’s.

He would dance on and off until he turned 16, when he decided he was more interested in soccer than dance. But that was just a blip on his journey to becoming one of the most successful Irish dance choreographers in the world.

“I started teaching Irish dancing while I was still at St. Ignatius High School when I was only 17 years old. The next thing that happened is through this sort of misguided enthusiasm I’ve carried throughout my life, I thought maybe America could win a world championship in team dancing,” Howard says. “Eventually, I was able to accomplish that with the Trinity Academy students in 1987.”

The World Irish Dancing Championship is held annually in Ireland and draws dance companies from all over the world. Winning the competition landed Howard’s troupe an appearance on The Tonight Show Starring Johnny Carson, which led to the Academy’s expansion to the Hinsdale area.

“After The Tonight Show appearance, I was contacted by folks in Hinsdale. There were no Irish dance schools in the Western Suburbs, so that’s what brought us out there,” Howard explains.

“Through opening up in Western Springs, we’ve had hundreds of kids from Hinsdale train and the school has gone on to win many world titles and broken a lot of records in team dancing,” he says.

Howard has also made his mark with his company, Trinity Irish Dance Company. The company has performed all over the world and combines traditional Irish dance with traditions from other countries and continents. It has performed at the Kennedy Center in Washington, D.C., and at the famed Joyce Theater in New York. Dancers from the school often move up to dance with the
company.

It can all feel like community, and that’s how Howard likes it.

“It’s about the dancers and the community, and just utilizing the art form to make the world a bit of a better place,” Howard says. Parents tell us that they want their kids to be better people. That’s what we seek out to do.” 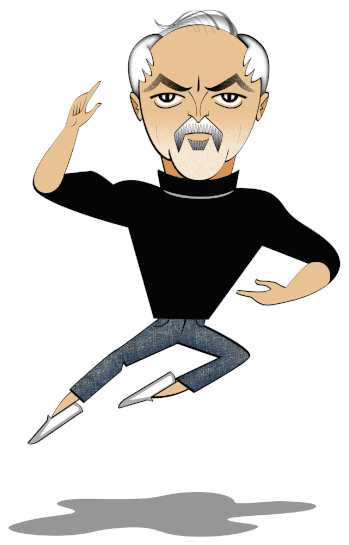