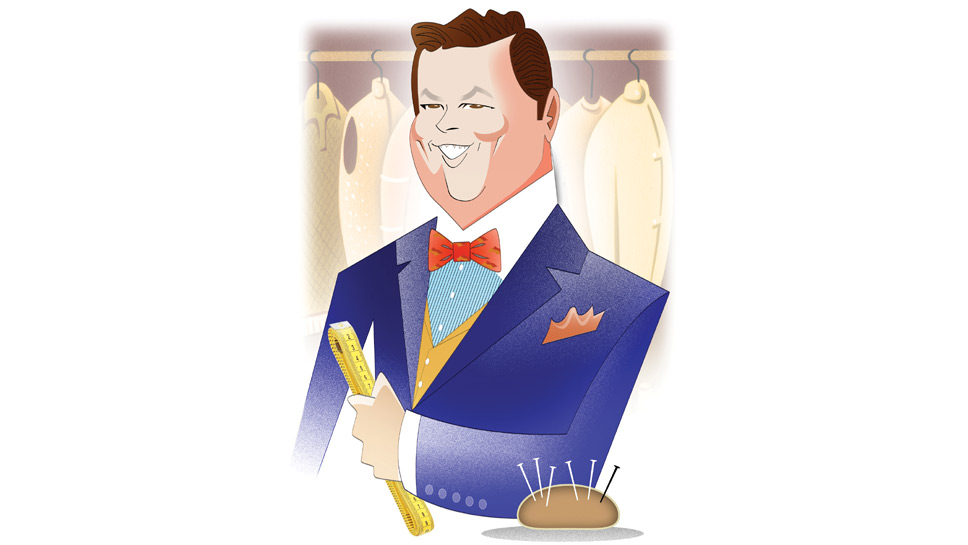 A couple of years ago, Kurt Beecken found himself back in Hinsdale early on a Saturday morning and stopped into Page’s Restaurant for a bite to eat. Though he hadn’t been to Page’s in more than 15 years, it took no time for the waitress to recognize him and ask him if he was having his usual—a grilled cheese sandwich, fries, and root beer.

While Beecken was growing up in Hinsdale in the ’90s, he would often have breakfast at Page’s with his father, Dave Beecken. Dave, wearing a finely tailored Hart Schaffner Marx suit, would then catch the train to his private equity firm downtown.

On that Saturday a few years ago, a rush of memories came flooding back which reminded Kurt of what made Hinsdale such a special place to grow up.

“I remember as a kid we could just hop on our bikes and ride around town for hours and not have to worry about a thing,” Kurt says. “We knew all of our neighbors and the owners of the shops downtown. I don’t think there’s a better place to grow up.”

“Hinsdale has always been a caring community where neighbors looked after each other, especially kids,” adds Dave. “Kids could walk to or from the village center without fear.”

It was in high school that Beecken’s love affair with the American South was kindled. He attended boarding school at St. Andrew’s-Sewanee School in Sewanee, Tennessee, or “The Mountain” as it’s referred to in local parlance, and became enamored with the values and tastes of the classic southern gentleman.

“Kurt has always loved clothes. We bought him a blue blazer for church when he was about 7 and he posed for us in front of the fireplace,” Dave says, “At an early age he was giving me advice on which tie went with which suit and shirt.”

After high school and some time in college in Wisconsin, Kurt traveled extensively throughout the south, and developed a fondness for cities like Charleston and Atlanta, and his appreciation of classic southern tastes grew.

“I just liked the classic styles of clothing and accessories, and the hospitality that I saw when I traveled throughout the South,” he says. “It reminded me of my roots in Hinsdale, the respect for each other and the spirit of friendship that people had.”

In his mid-20s, Kurt landed a job working in a custom clothing shop, where he met master tailor George Moya. He was immediately impressed with Moya’s ability to create custom clothing that didn’t just look good and fit well, but that reflected a client’s individual style.

Two years later, Kurt founded Henry David Clothiers, and brought in Moya to allow the shop to offer bespoke clothing and tailoring. He runs the shop with a mashup of the values instilled in him when he was young, and the spirit of the American South that he came to admire during his travels.

“Many custom clothiers can make you a suit, but for me the relationship is more important than the sale,” he says. “Just like my upbringing was rooted in strong relationships, I’m interested in getting to know my clients, their personalities, and what makes them tick. When I can do that, their clothes won’t just look good and fit right, their clothes will be a reflection of who they are.”