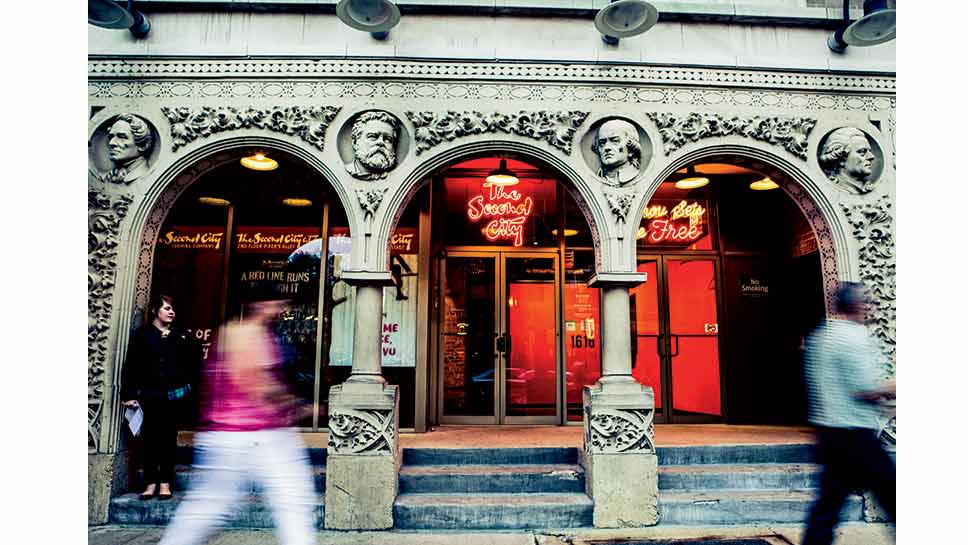 For more than 50 years, The Second City has shined a global spotlight on the “second city” of Chicago as the world’s most renowned improvisational comedy theater and training center. From John Belushi, John Candy, and Chris Farley to Mike Meyers, Eugene Levy, and Tina Fey, it has launched legends and accumulated an all-star roster of alumni that includes such comedy icons as Fred Willard, who died earlier this year, and the great Joan Rivers.

During good times and bad times, The Second City troupe has always been there to make us laugh. This moment, and the devastating impact of the COVID-19 pandemic, is no exception. While the lights have gone off at theaters throughout the Chicago area, The Second City is finding ways for the show to go on. 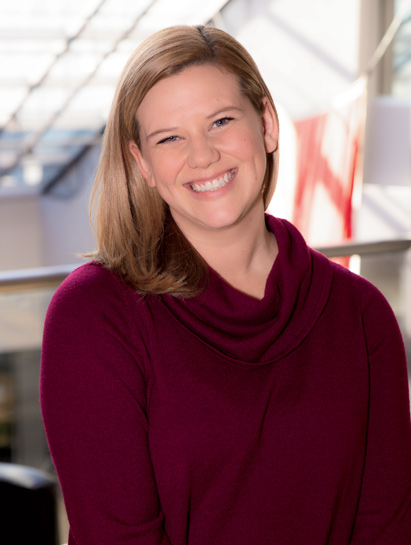 Abby Wagner, a Western Springs native who moved to Clarendon Hills to raise her young family two years ago, is proud to be part of the online innovations that are making that possible.

“I joined The Second City in the accounting department while getting my MBA at Loyola University in Chicago. Everyone in business school needed to get an internship for work experience, and in the mix of consulting firms, pharma companies, and finance organizations, an opportunity popped up at The Second City,” says Wagner, who today serves as Vice President of Training Centers and Education Programs at The Second City and The Harold Ramis Film School. “I had a wonderful professor who knew about my love of both theater and business and told me to pursue it. Thirteen years later, here I am! I moved from accounting into corporate sales for the organization, and a few years ago, I took over running our Training Centers in Chicago, Hollywood, and Toronto.” 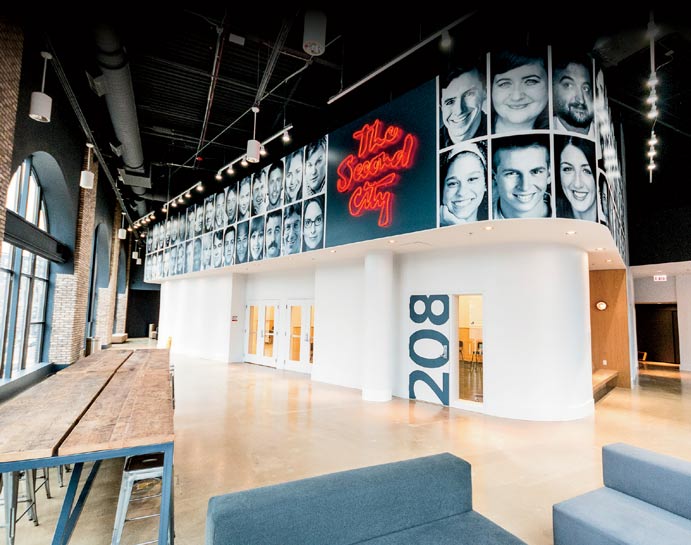 While live shows are not likely to continue anytime soon at The Second City’s venerable Old Town Mainstage, the theater and improvisation training center is bringing the show to your home through online classes and performances. We got a chance to talk to Wagner about her role in making this possible and how the pandemic is helping The Second City expand to audiences here in the Hinsdale area and around the world.

Has anyone in The Second City community been directly affected by COVID? Thankfully, I’m not aware of anyone in our close community that has become seriously ill. However, everyone— especially those working in the arts—have been directly affected by all of this. In mid-March, we had no choice but to shut down our live performances and classes, which has affected many of our actors, teachers, servers, box office workers, and staff. We know we’ll be back doing what we do best, though, and the arts will survive this. They must! We all need art, and we all really need comedy.

The impact of the pandemic has been devastating to performing arts and theater organizations around the country. How is The Second City reacting and managing to stay afloat during these unprecedented times?

Faced with the need to halt any in-person shows and classes, we quickly saw a need and an opportunity to pivot to increased online learning. We’ve been running some online comedy writing classes for years, but at the onset of COVID-19, we had over 2,000 students in our classes held at our theaters. We challenged ourselves to execute all of the things we previously thought couldn’t be done—online improv, acting, and performances. We went into beta testing for one week with hundreds of students and teachers discovering the nuances of learning and performing online. One week later, our online comedy school was up and running. Since then, we’ve had more than 3,500 enrollments in our online programs. 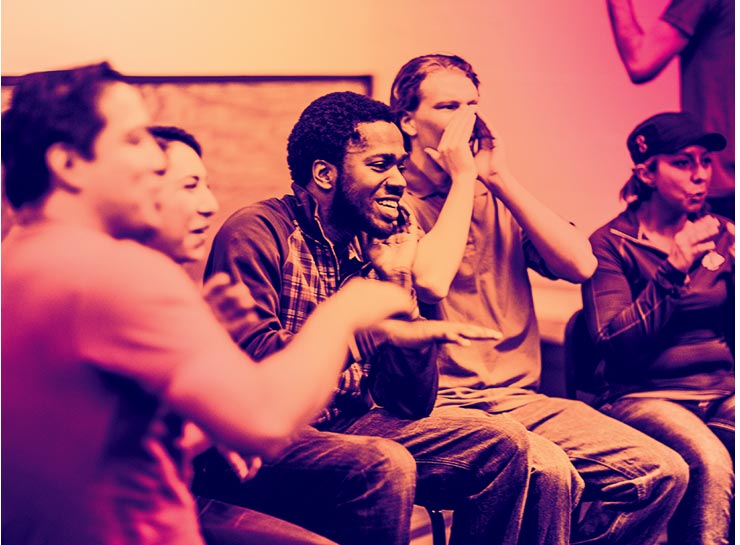 The Second City is known for its in-person improv training.

Are there any opportunities that you see coming from this crisis?

Absolutely. Our online courses have had students joining us from all over the world. Students are joining us from Germany, China, Argentina, and South America … the list goes on and on. The free shows we stream weekly are reaching from 1,500 to more than 3,000 viewers each time, which is quite a dramatic jump from our Mainstage theater that seats 300.

On a more local scale, our online kids’ camps are seeing a huge surge in suburban students that might not have been able to drive into the city for an in-person class.

How was The Second City already prepared to take some of its classes and performances online?

Technically, we were able to expand the basics of our established online classes and built on what we knew. For our shows, it was a bit of a fresh start. The most important thing that helped us was tapping into an improviser’s mindset. We all talk often about our ‘yes, and…’ philosophy at The Second City. You take what’s given to you, and you build upon it to create a scene. This has been the ultimate test of taking what’s given, reacting in the moment, and creating something out of nothing. We tell our students to ‘play the scene they’re in,’ meaning that you make the most out of the audience suggestion and the setup by your scene partners. Let’s be honest; we’re all ‘playing the scene we’re in’ right now. 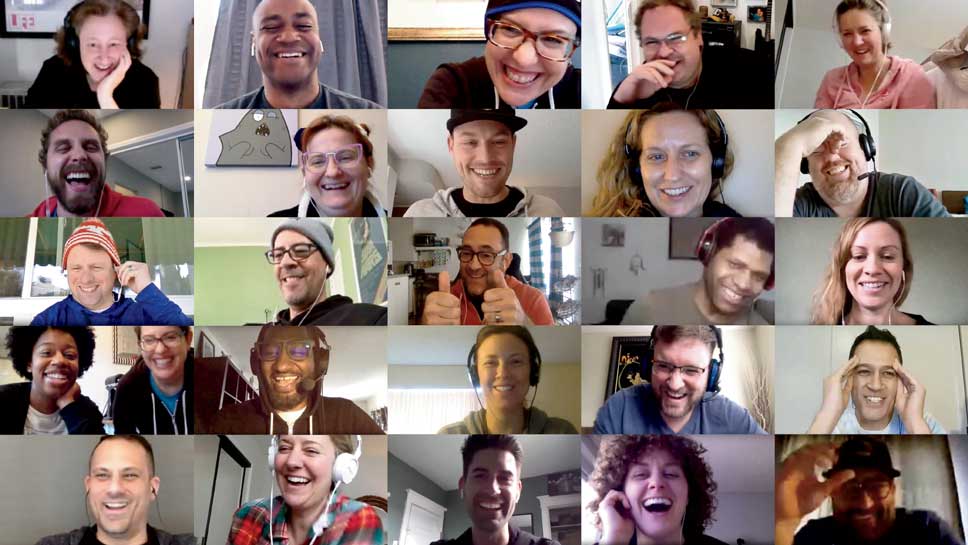 The Second City’s online courses reach students across the globe.

How do you see the pandemic influencing material and shows moving forward?

The unique way that The Second City creates content is through audience suggestions, so we’re refining shows every day based on what’s getting laughs. As we re-enter show creation, we’ll quickly learn how much our audiences want to laugh at the pandemic—or if they want to use a night at the theater as an escape to forget about it all. We’re always going to lean into what our audience reacts to and what they want to see. One thing is for sure, though: I think we’ll all be washing our hands a lot more.

The Second City is a Chicago institution. What can new audiences and longtime supporters do to help it get through these unprecedented times?

Take an online class or consider one for your kids. They’re amazing. You can also view one of our free shows from home. There are adult shows in the evening and a kids’ show every Thursday afternoon. We are also offering the option to buy a gift card to use later on an in-person class or camp, in the theater, or at our bar.

To find out more about online classes and livestream comedy shows this summer at The Second City, call 312-337-3992 or email [email protected] com.