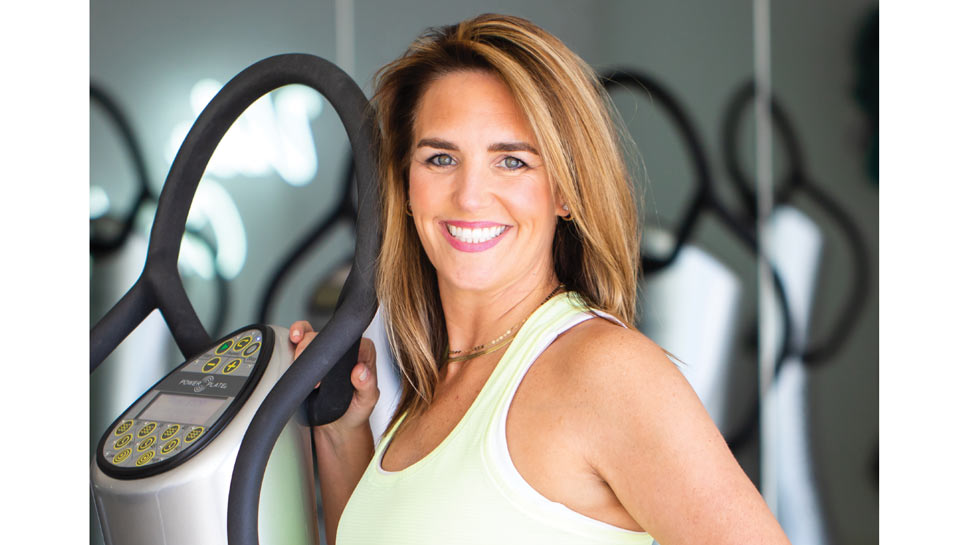 When astronauts were coming back from space in the ’60s, it was evident that they had significant bone and muscle deterioration due to prolonged periods of weightlessness. Without the force of gravity acting on their bodies in space, their bodies couldn’t maintain their bone density and muscle mass. The solution to this issue came in the form of a plate, but not just any plate: a vibrating plate. This vibrating plate, called the Power Plate, was something that could help astronauts restore their lost muscle and bone density.

As decades followed, the plate became something growing in popularity in the health and wellness community—being used for things like stroke rehabilitation, physical therapy, and sports performance.

It wasn’t too long after that when Katie Mueller, now owner of Plate28, was introduced to the Power Plate for the first time. At the time, Katie was suffering from frustrating issues with her thyroid and was utterly impressed with how she felt after using the Power Plate for only 30 minutes during her workout session. As a busy mom, the efficient 30-minute workout became a no-brainer for Katie. “I was a stay-at-home mom on the workout circuit and didn’t love anything I was doing, and I definitely was not seeing any results,” Mueller says. “I had what is called ‘workout ADD’ where I’d try something for six to nine months and then move on to the next option never really loving any of it. Plus, it was over an hour commitment by the time it was all done.” From that point, the wheels were set in motion for Plate28—a whole body vibration-based studio—to make its debut.

After eighteen months of obtaining certifications and training with the Power Plate, Plate28 was born in Hinsdale.

“It took me several sessions to get on board with it. I was skeptical, it seems too good to be true. However, I quickly realized this medical device did provide remarkable health and wellness benefits and I wanted to bring it to the community,” Mueller says. “My intention was to appeal to progressive individuals who can understand they don’t need to spend an hour working out each day. I want to disrupt the mentality of needing a 60-minute workout and bring awareness that there are other effective options.”

Mueller highlights the difference between a regular workout and a session using the vibration plate: In addition to getting the same benefits in a shorter amount of time (28 minutes as opposed to an hour), the vibration technology improves mental as well as physical health. “When you stand on the vibration plate you have an immediate boost in serotonin and a significant drop in cortisol levels,” she says. “The machine recruits 90 percent of your muscle fibers as opposed to 40 percent during a traditional workout.”

Plate28 workouts involve routine exercises such as jogging, pushups, bicep curls, and shoulder presses. There are HIIT, strength, barre, and yoga classes all which incorporate the Power Plate at some capacity.

“Anything you can do on the ground you can modify to use the Power Plate and benefit from all those good vibrations,” says Mueller.

“Every workout is structured,” Mueller says. “I like to say we offer a personal workout experience in a group setting.”

As the only studio of its kind in Illinois, Plate28 offers workout sessions in the early morning and into the evening, and provides low-impact to high-impact sessions based on members’ health needs and goals. Mueller strives to maintain a fun and rewarding environment where members are prepared both physically and mentally for what may lie ahead.

“We make it fun and non-competitive, and pride ourselves on providing a warm, friendly environment. There’s an addiction aspect to it.” Mueller says. “We really like to focus on giving people the strength and energy to take on their day.”