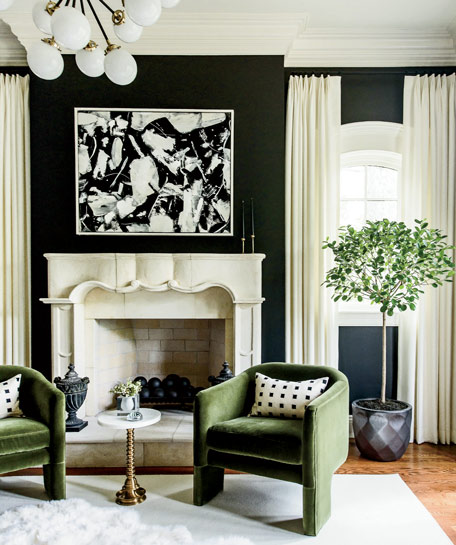 Bold artwork is a focal point, while greenery adds an organic element to an otherwise polished room.

Kelly Hurliman is not here to intimidate you. Don’t be mistaken—the 44-year-old interior designer brings the level of taste and knowledge you would expect from a woman entrusted to dress Oprah for over a decade. But in an industry where an upturned nose and air of pretension come gratis with your consultation, Hurliman possesses a smart, down-to-earth vibe.

Take her upcoming presentation at the 2020 Lake Forest Showhouse and Gardens. Hurliman has been bestowed the honor of designing the property’s living room, and is working on a look inspired by Coco Chanel. But if you ask her how many boucle jackets and camellia-motif accessories fill her closet, she’ll admit there are not very many—and that the few she does own were acquired in an unexpected way.

“The only pieces I have are Oprah castoffs, including a tweed belt she gave me to a jacket she didn’t need,” says Hurliman. “It’s not so much the fashion of Chanel but the woman herself I find inspiring. She revolutionized the way women dressed, championed pants for ladies, and was an arbiter of good taste.” 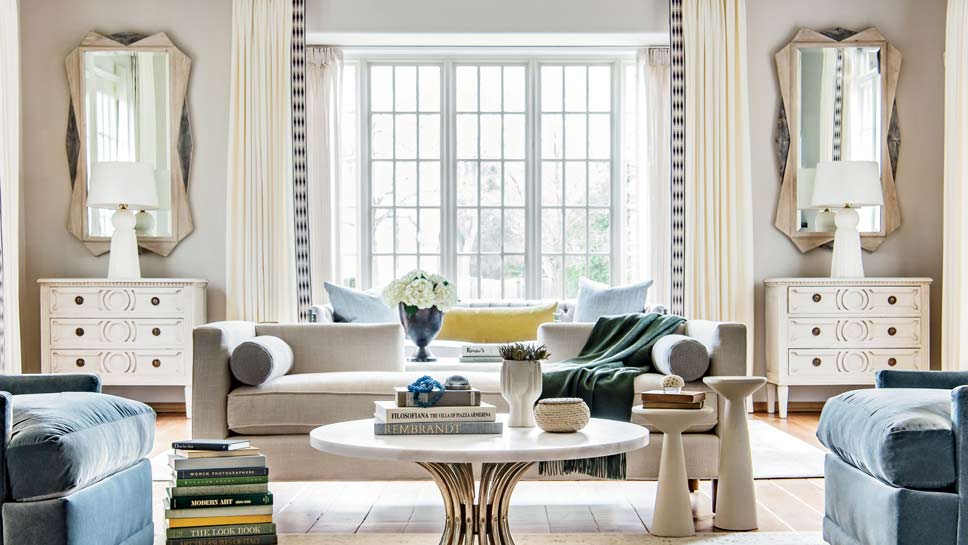 A living space that relies on neutral tones. PHOTOGRAPHY BY ERIN KONRATH

Hurliman says her vision for the room is a personal take on a modern French apartment, or Coco’s salon. The original mustard yellow walls were blotted out and replaced with crisp ivory, and a ’90s brown wood floor is painted over to add a light, bright quality. “It gives the room a clean foundation,” she explains. “The palette is soft and pretty, like a lipstick set in shades of nude.”

“I think if [Chanel] were alive today, she’d be mixing that classic French style with modern pieces,” adds Hurliman. “I love an eclectic mix of genres, mixing in vintage as much as clients will allow. For me, antique and vintage décor is what makes a room truly unique and keeps rooms from looking just like your neighbors.”

Hurliman, once named The Hollywood Reporter’s 25 Most Powerful Stylists, established her design business in 2016, after her 10- year tenure with Oprah. She admits it was a risk to shift careers at 40; to get through it, she channeled the former college student in her and started on the ground floor.

“Fashion was my first passion and as a junior at the University of Illinois I knew I needed to get to New York City to see it up close,” says Hurliman. “I found my own internships at Isaac Mizrahi’s studio in Soho and Barney’s New York in the studio services office. The winter of my senior year I even interned in Los Angeles for the costume designer of Friends. So when I made this career shift, one of my first calls was to Nate Berkus, who was so gracious in answering my questions and offering his wisdom on the business. I went on to intern at his firm in Chicago and it was a great experience to see how a high-end firm operates.”

But even with top-tier training, Hurliman admits that there are times when she has to quiet her inner critic. 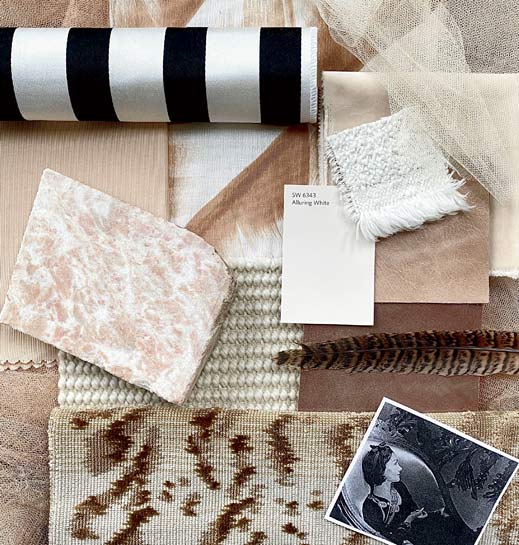 “In my first year, when self-doubt would creep in, I mentioned [to Oprah] how I didn’t know how I got there,” she says. “She looked directly at me with those deep brown eyes and said, ‘Nothing is happening out of turn, you are exactly where you are supposed to be.’ I never forgot it and still think of it when that dreaded imposter syndrome sets in.”

To look at Hurliman’s work, you would never suspect any feelings of hesitation. Her rooms are full of life, with confident uses of color and bold focal points. And her talent is in demand—as she hustles to create a stunning living room for the Showhouse, she also juggles regular design projects for high-profile clients (she is currently working on a Chicago penthouse for Blackhawks goalie Corey Crawford and his wife, Kristy.)

Hurliman cites Kelly Wearstler, Billy Baldwin, and Joseph Dirand among her biggest influences, but she’d prefer not be boxed in or expected to exclusively work in one style.

“It may not be good from a marketing and branding standpoint, but I like that I don’t have a signature look,” she says. “I can do a traditional room one minute and then something mid-century modern, California clean, or poppy and colorful the next. It definitely looks nice on an Instagram feed to have it all be similar, but I’d get so bored doing the same look.” 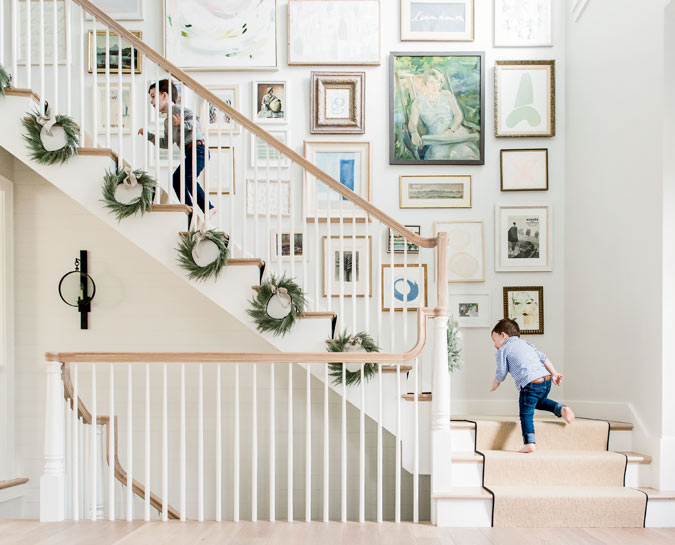 A gallery wall that brings life to this family home

As a native of Western Springs, Hurliman recently moved back after 14 years in Chicago. “When I was expecting my second child, my husband and I decided we were ready to put the focus on family,” she explains. “It wasn’t my intent to return to the town I was raised in, but it happened naturally. I loved growing up in these parts and it really was an idyllic childhood.”

But that doesn’t mean Hurliman craves a generic environment.

“When it comes to interiors, I do believe that the ‘burbs don’t have to be boring,” she says. “If there’s one thing I like to push it’s suburban blandness. I love it when a client is open to pushing the envelope and not playing it safe.”

In terms of her personal approach, Hurliman draws comparisons between dressing people and dressing rooms: don’t imitate, and pay attention to the little things.

“The biggest mistake I see with homeowners is that everyone turns to the same images and outlets for inspiration,” she says. “I’ll see the same pictures over and over again, and it feels like people are okay with their homes looking like everyone else’s. It’s difficult to find the client that really let’s you go for it. I really care about the details and I could drive myself crazy editing down the options.”

“I love that design can be transformative and whether it’s the perfect outfit or a beautiful space, both my careers have been in pursuit of the same ideal—to change how you feel through the power of good design.”