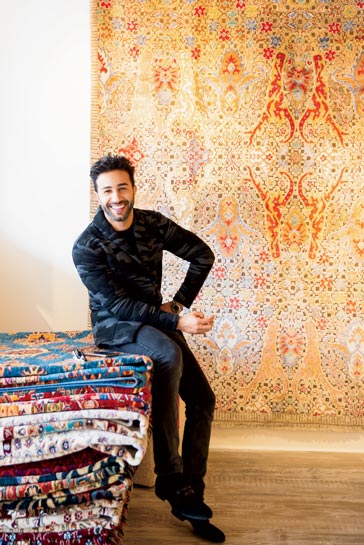 It was a frosty day in early February and Turkoise in downtown Hinsdale was nothing more than a vanilla box. The former clothing store had been stripped bare, with only white walls and wood floors. Co-owners Muhammet “Mo” Yaldiz and Andrea LaRusso had been hyping the opening for over a month, and the time had come to make their debut.

In a matter of days, the space was transformed into an eclectic, bohemian paradise. At a time when fast fashion has influenced the home market, Turkoise is the antithesis: a destination for beautiful, handmade home decor—its main attraction being the luxurious rugs selected by Yaldiz during his travels through Turkey.

Born and raised in Germany, Yaldiz never imagined planting roots in Hinsdale. His original plan was to pursue a future in travel and hospitality management. But after graduating from high school, his parents made the decision to return to their native Turkey and enter the rug business.

“My dad was working in engineering in Germany,” says Yaldiz. “But they were ready to go home, back to a place where they could speak their own language.”

However, Yaldiz had other plans. At 21, he moved to California and took grunt work gigs to support himself while he attended West Los Angeles College.

“I had zero family in the U.S.,” he says. “I was just here to go to school and improve my English. So the first thing I did was work at restaurants as a valet driver and waiter; then I got a job at L’ermitage Beverly Hills (now the Viceroy).”

With constant access to celebrities, Yaldiz made a lucky connection with singer Marc Anthony and became his personal driver for almost three years. He says his time in Los Angeles was a memorable one, citing big moments like chauffeuring Anthony to the Grammy Awards. However, in 2015, he reconsidered his career path and decided to join his parents in their new venture.

“My best years were in Hollywood,” says Yaldiz. “But going into the family business required me to say no to the lifestyle I once had.”

Yaldiz’s life took a major detour. He spent the next seven years driving across the U.S., personally delivering rugs to buyers who had purchased them while traveling to Turkey. He also educated himself on the different regions of Turkey in which the rugs are made, and in the process developed an honest appreciation for the work that goes into them. 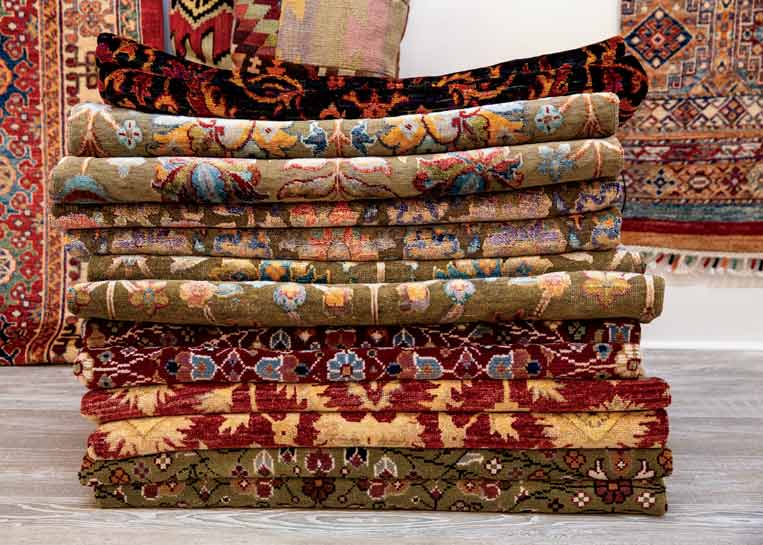 “There are four or five areas of Turkey where the rugs are manufactured,” he explains. “I visit all of the villages, and hopefully help their economy in the process. The rugs are all handmade on a loom, mostly by women who are working to support their families.” While advances in technology allow people to purchase cheaper rugs from big box or discount stores, Yaldiz remains a loyal supporter of traditional methods. “It’s a dying art,” he adds wistfully.

Yaldiz says each region produces its own style: one is popular for floral motifs; another is exclusively known for tribal styles; another produces contemporary patterns. But the one characteristic they all have in common is the amount of time that goes into each piece.

“They can be made from any combination of wool, cotton, and silk,” he says. “But a standard eight-by-ten rug can take anywhere from ten months to a year to make. These are heirlooms you hand down to your grandchildren.”

“Different countries have copied the patterns, so there are a lot of knock-offs and fakes,” adds LaRusso. “We have the real, quality pieces.” 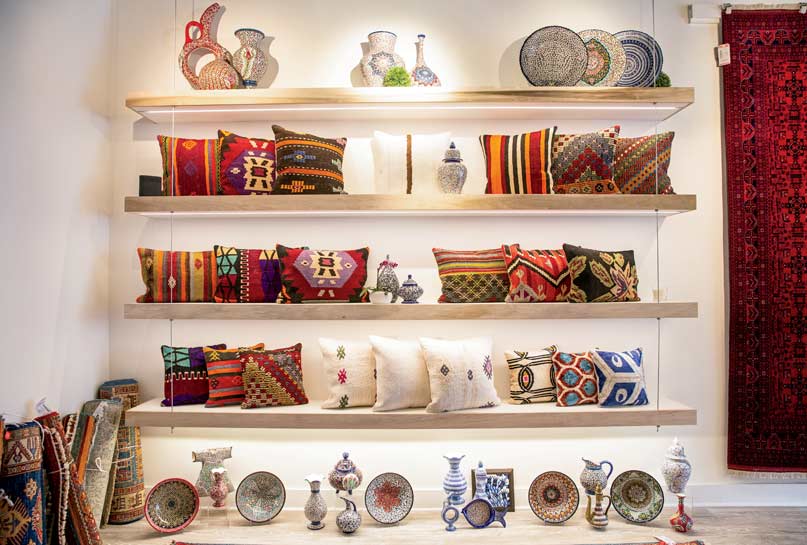 A selection of exotic decorative pieces 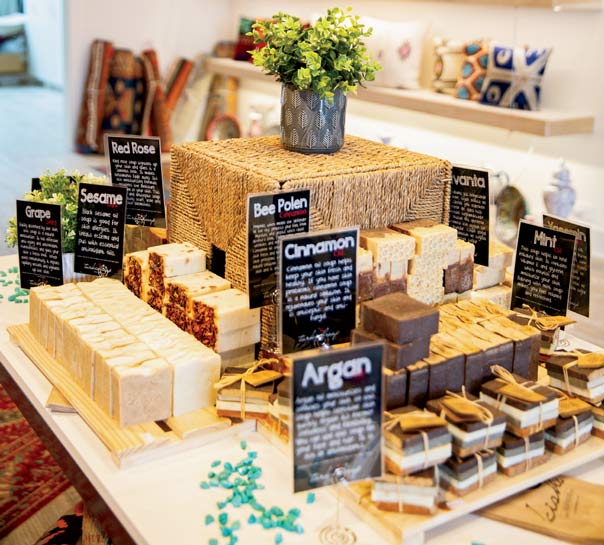 LaRusso, an interior designer for more than 20 years and a Hinsdale native, met Yaldiz through a mutual friend in Los Angeles. In addition to working with clients on interiors, she runs a “furniture facelifting” service to remake or repurpose old pieces (“Don’t just throw things into the ground,” she implores.)

Turkoise is an opportunity to combine Yaldiz’s finds with LaRusso’s expertise. In addition to rugs, the store also stocks an array of exotic decorative finds: Moroccan pendant lights, colorful cube seats, and handmade soaps. It’s a home away from home— complete with piping hot Turkish coffee to sip while you shop.

LaRusso is excited for her partnership and believes that their complementary styles, combined with a shared interested in making personal connections with clients, will make Turkoise a mustvisit destination for local design lovers.

“I bring the vision,” she says. “I see things and put them together. Mo has the right resources from unique places in the world. We are bringing different skills together.”

While it took some convincing to bring Yaldiz from the West Coast to Hinsdale, it’s a move he doesn’t regret.

“Like moving to LA, I had no family here,” he adds. “I only know Andrea. But it doesn’t bother me. I like challenges; I just follow my destiny. I came to Hinsdale because of the people—they understand culture and quality. It’s been pleasant and I really enjoy it because 80 or 90 percent of my clientele are ladies, and seeing them happy in their homes makes me happy. It’s a win-win.”