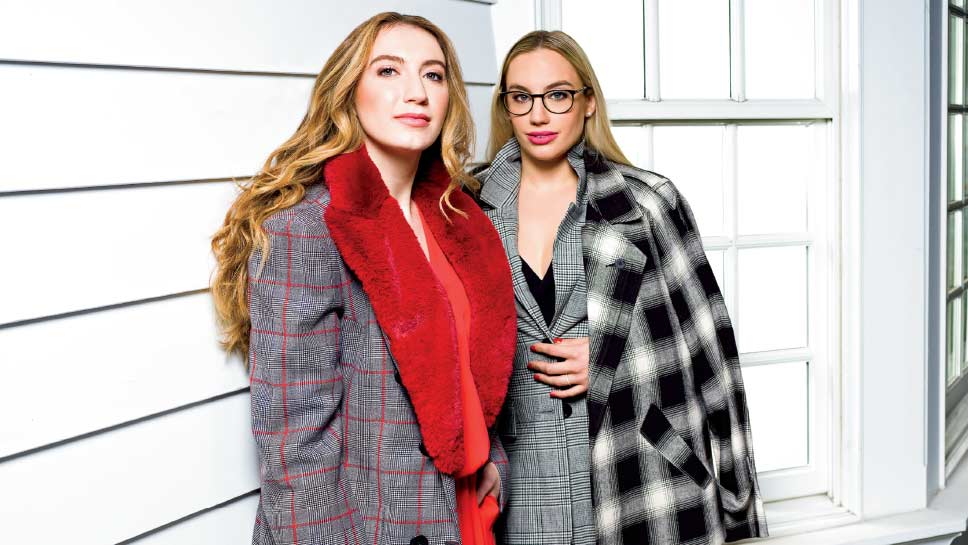 In their pursuit for gender equality, Dominique and Gabrielle Roberts are double trouble. PHOTOGRAPHY BY FRANK ISHMAN // HAIR, MAKEUP & STYLING BY CONSTANTINE JAMES

For sisters and Hinsdale natives Dominique and Gabrielle Roberts, the future is female. The duo co-founded Code Your Chances, a nonprofit organization that teaches young girls the importance of computer science and the opportunities they can create for themselves by learning to code, along with their namesake film studio Nikka & Ella Productions, where they created a space to tell meaningful and primarily female-centric stories.

“I think the film industry has a long way to go toward gender and racial equality,” says Gabrielle. “As a female in two heavily male-dominated fields, I think it is so important to make spaces for, and to encourage, other women at every opportunity.”

For Gabrielle, it’s personal. As a woman in the field of computer science, she says she often faced gender discrimination in the form of microaggressions that eventually made her feel as if she did not belong. “This happens every day to girls who express interest in STEM fields,” says Gabrielle.

Dominique can sympathize. “As a woman in law, I understand the challenges of pursuing a career where most senior positions are filled by men,” she says. “But at least law is a career path many little girls are conceptually aware of. There are a lot of bright girls across the country who have never even considered a computer science-based career. We’re trying to change that.”

To do so, they host fun and interactive workshops—with partners like the Boys & Girls Clubs of America—for young girls in which they introduce them to the basics of computer science and its importance in the world.

“I’ve been shocked at how much even just a conversation about my computer science experience has affected the girls we work with,” says Gabrielle. “Their eyes light up like they can imagine doing it, too. In our Code Your Chances workshops, we take time to highlight achievements made by females in computer science, so girls have visible role models.” 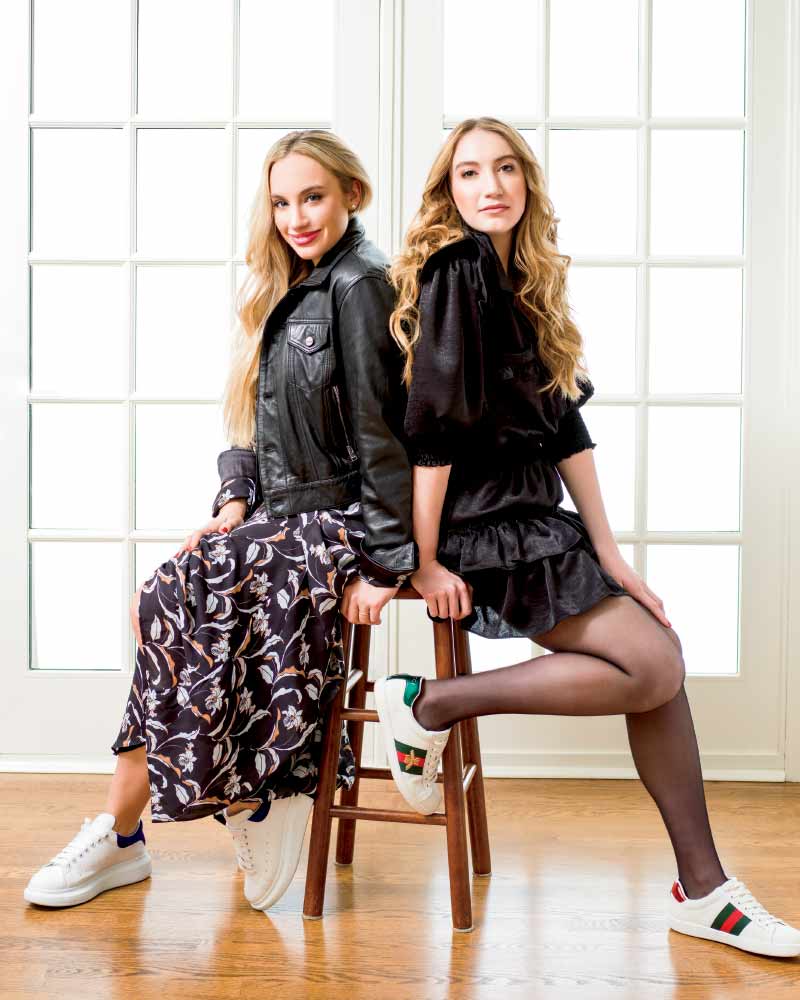 “Nearly everything is influenced by computer science,” says Dominique. “Our lives are run by code. Think: every app we use to connect with others, every digital platform we use to source our news, every algorithm banks use to determine loan approvals, and every algorithm employers use for hiring. If women are not contributing to these systems and products, the gender biases we spend so much energy discussing will be embedded in the fabric of our future. It may not be intentional, but it is inevitable.”

All that said, both Nikki & Ella Productions and Code Your Chances remain side passion projects for the two sisters. Gabrielle, a recent graduate of the University of Southern California, was just accepted as a Schwarzman Scholar, a prestigious award granted to promising future leaders in politics, business, and science. During the year-long master’s program in China, she’ll study the Chinese film industry and Chinese audiences.

“In the next two years, the Chinese film industry will become the largest in the world in terms of box-office sales,” says Gabrielle. “We need to include these huge global markets, like China, in the films we create. Film is an invaluable medium for cultural exchange and connection. The more people your film can reach and affect, the stronger its impact will be.”

Simultaneously, she’ll continue her work in the cutting-edge field of virtual production, a subset of visual effects that combines live-action techniques with VFX. Instead of filming in front of a green screen and then waiting for an artist to finish the composite to see the preliminary result, virtual production allows filmmakers to see the visual effects in real-time, as seen in the most recent version of The Lion King and in many of the new Marvel films.

Dominique, a graduate of New York University’s Tisch School of the Arts and of Oxford University, works for Sidley Austin in London but is currently on temporary assignment in the Hong Kong office for six months as part of the international arbitration team. As a creative outlet, she’s also the creator, producer and editor of the historical podcast “Wonder Women,” which helps address gender imbalances in historiography and focuses on important stories that have been left out of traditional curriculums, like the first female state senator and the fourth wife of a Mormon polygamist.

“While studying for my history masters at Oxford, I noticed all of our assigned reading in the first term was written by men,” explains Dominique.
“This was not due to any bias from the faculty, but rather was a reflection of the fact that most historians until the second half of the twentieth century were men. The natural result of this is that our school history curriculums include very little mention of inspiring and important women.”

Fittingly, Dominique’s dissertation at Oxford was on the role of women in the creation of the film industry. “What most people don’t realize,” she says, “is that Hollywood was largely created by women.”

Nowhere is that more evident than with these two sisters who are singlehandedly changing the industry in which they work. Between both Dominique and Gabrielle, they’ve produced numerous critically acclaimed films, like Gabrielle’s undergraduate and postgraduate theses “Summon a Fiend” and “Dig” and Dominique’s “Emerald City,” a female-centric story about the transition from university to post-college adulthood.

Through it all, they rely on each other for inspiration.

“I’m grateful to be able to work with my sister,” says Gabrielle. “She is my most trusted ally in any creative project I dive into and we are a cohesive team. We are attuned to each other’s strengths and weaknesses and understand how to best support one another.”

When home in Hinsdale, they prefer to catch up over breakfast with their parents. “We are pretty loyal to Egg Harbor and Citrus Diner, where you can find us nearly every day when we are home,” says Dominique. “We go to Citrus so often that we are friends with the entire staff, including our favorite chef, José.”

It’s only a matter of time until the paparazzi catches on.