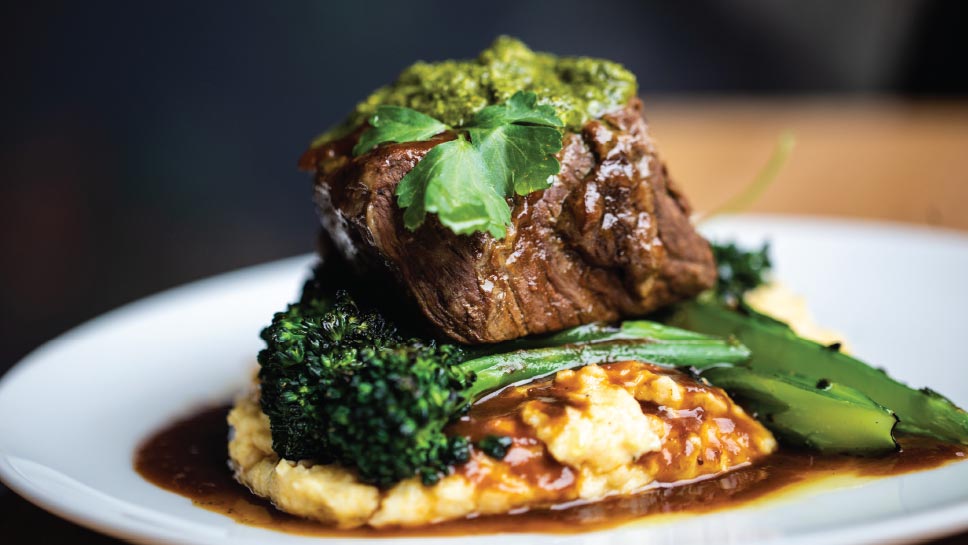 Say what you will about Fabio Viviani—celebrity chef, restaurateur, cookbook author, and pin-up dreamboat for an incredible number of middle-aged amateur cooks—the man has no interest in being “dull.” Ever since he chopped his way onto season five of Bravo’s Top Chef in 2008—rockin’ that rakish grin, his accent as potent as a bottle of Barolo—he’s refused to be boring.

He still rhapsodizes about food—it’s almost like listening to an aria—as if he’s holding out hope for a second career at the Lyric. He continues to fly around the country, making pit stops at his various restaurants, to show adoring fans how to properly fold gnocchi and make meatballs the Viviani way. And then there’s his unorthodox business strategy, which has established restaurants in places—Nichols City, Oklahoma; Auburn Hills, Michigan—that other chefs would have trouble finding on a map.

So it should come as no surprise that his newest local venture, Osteria by Fabio Viviani, looks like no other hotel dining room in the area.

If I didn’t know better I’d say it was designed for the Bellagio in Las Vegas rather than a Doubletree Suites in Downers Grove. Inside, frilly green hedgerows direct guests through giant sliding doors into a dimly lit dining room illuminated by flickering lanterns and shadow-casting pendant lights. There are giant mirrors. Touches of aqua on the walls. And more diagonally cut wood than you’ll see in an hour’s worth of HGTV. Let’s call it contemporary rococo, thanks to a sharp accent wall covered with a floral wallpaper last seen in the days of Fragonard and Boucher.

Like Vegas itself, there’s nothing subliminal about it. If Viviani would’ve added a neon light, it would blink one word and one word only: Indulge.

Look no further than his bread bowl, which is served with a warmed, slightly liquefied garlic cloves steeped in a rosemary olive oil flecked with grana padana. It’s a nightmare for Keto advocates but a blessing for the rest of us.

There are certainly less robust options, including chopped salads, a plate of Mediterranean field greens, and burrata. But I think Fabio does his best work on the bold stuff. His octopus app, which is braised for 90 minutes until it’s as soft a mound of al dente fettuccine, is moated by a briny-spicy celery salad made with cerignola olives and peppers. In other restaurants that would be enough, but here a second level of brine and heat is applied via a two-fisted drizzling of romesco and an extra lemony beurre blanc sauce.

Is it French? Is it Italian? Is it Spanish? Who’s to say other than it’s way too rich to ever slip onto a tiny crostini. As far as Fabio and his skilled (and equally personable) executive chef, Daniel Molina, are concerned, Midwestern appetites demand Wisconsin-sized portions. 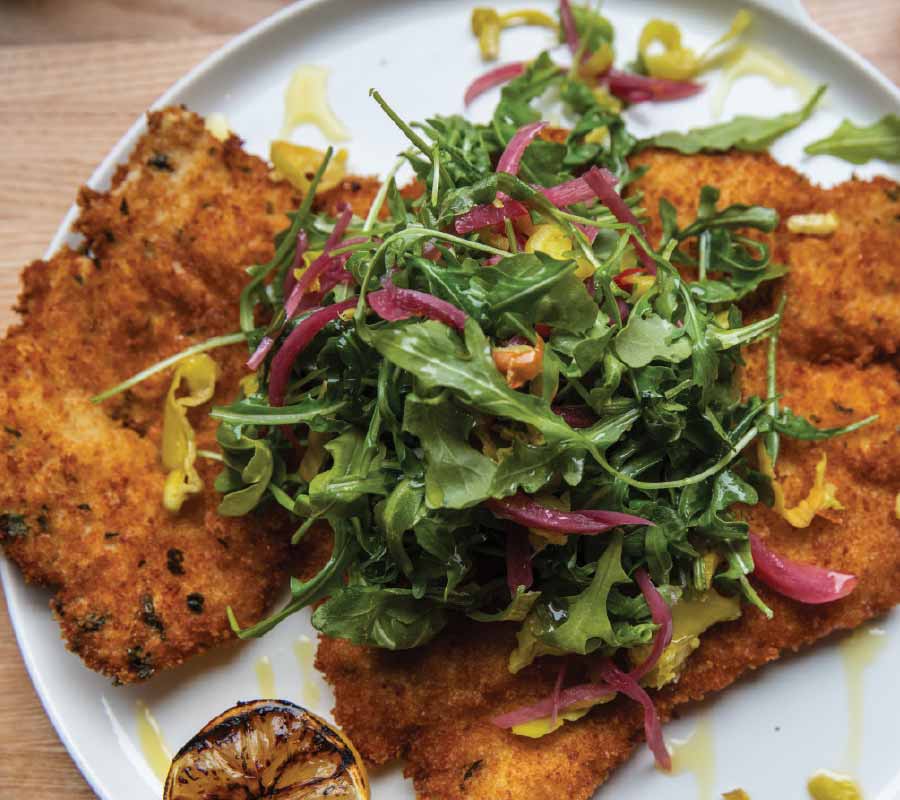 I’ve been to enough red sauce Italian-American restaurants to put Tommy Lasorda to shame, and I don’t think I’ve ever seen a single flattened piece of pork that’s as large as Osteria’s panko-crusted Milanese. The breaded cutlet is larger than the giant salad bowl we use at home, which may explain why the pork is topped by a huge acidic and spicy arugula salad made with pickled onions and pepperoncini. It can easily be split three ways, making it an absolute steal at 24 bucks.

Yes, Fabio’s famous meatballs are also gargantuan. Think minor league Rawlings baseballs. They’re kept moist with Wagyu beef, ricotta cheese, and soaked breadcrumbs, then formed via a secret process I’m not at liberty to disclose. I can only say it involves throwing said meatballs into your hands a certain number of times, like a baseball player warming up with a ball and a glove. And yes, they’re a must-order.

Osteria’s handmade pastas are equally large—try the short rib sugo fettuccine while the temperatures are still crisp. Also consider chef Molina’s fork-tender short ribs, which are lacquered in a full-bodied red wine braise and topped with a green Mohawk of gremolata, whose acidity slices through the richness with unusual grace. Top it off with a slice of limencello cake—an Italian twist on a Southern lemon ice box cake—and you’ll feel like you hit a different but altogether delicious jackpot, that just happened to be much closer to home.

Osteria by Fabio Viviani is located at the DoubleTree Suites at 2111 Butterfield Road in Downers Grove, 630-434-3896, osteriadownersgrove.com.