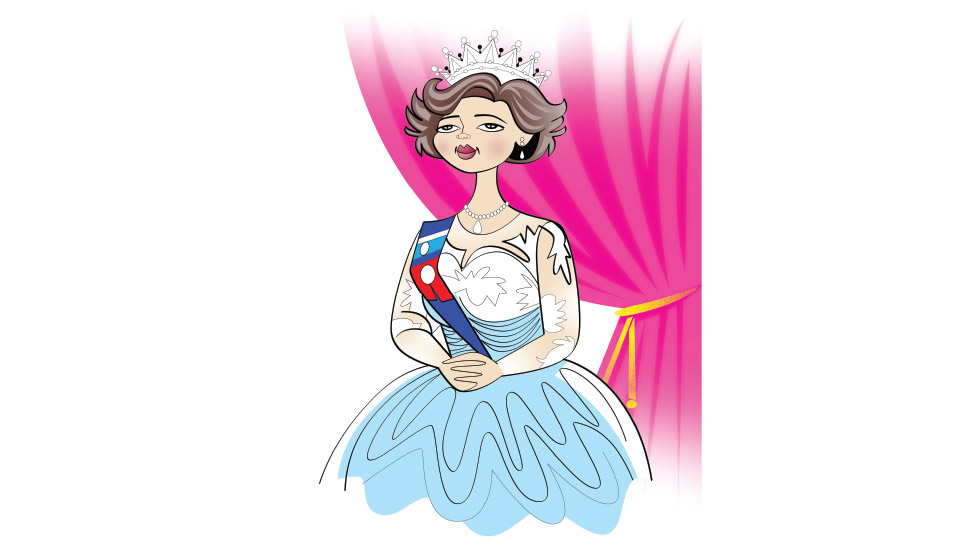 Leslie Goddard is a historian, actor, lecturer, and author who has been portraying famous women in history for more than fifteen years. Her solo performances have been seen by audiences in 16 states, and she has presented at museums, public libraries, community and professional organizations, college and universities, and Chautuaqua festivals. Her repertoire of historical characters includes Queen Elizabeth II, Amelia Earhart, Eleanor Roosevelt, Rachel Carson, Georgia O’Keeffe, and Louisa May Alcott. A graduate of Hinsdale Central High School, she holds a master’s degree in theater as well as Ph.D. in interdisciplinary history studies from Northwestern University, and has written two books on Chicago history. Here, the woman of many talents shares a few of her favorite lasts:

Bad Blood by John Carreyrou. Carreyrou broke open the story that Elizabeth Holmes’ blood testing company, Theranos, was a fraud. To me, reality is always more fascinating than fiction, and this is a real-life story that unfolds like a crime thriller. Mostly, I’m fascinated by Elizabeth Holmes herself: the deep voice, the black turtleneck “uniform,” the driving ambition. What drives a person to behave in such a breathtakingly dangerous way? I sometimes have to use a slightly different accent or vocal tone in my portrayals, like when I do Jackie Kennedy (that soft, breathy voice) or Lady Bird Johnson (her Texas accent), and it’s always tough to maintain it, especially at moments of high emotion. I can only imagine how hard it must be for Elizabeth Holmes to maintain that deep voice every day.

I found a pristine red 1960s women’s suit through one of my favorite retro/vintage stores on Etsy to replace the one I’d been using for years for my Jackie Kennedy portrayal. It was a steal—just $48 and in pristine condition. Finding something that nicely detailed and in such nice condition is rare; finding something that fits is swoony-worthy. It has all these wonderful details—bound buttonholes, little weights in the hem, and self-covered buttons. I wore it last December a few times while giving lectures. Jackie was right—classic never goes out of style.
Last meaningful feedback you received?

After one recent performance portraying Alice Paul, the radical women’s suffrage activist, a great discussion got going about how we can reconcile the achievements of white women’s suffragists with their failure to embrace racial and ethnic equality. It was fascinating.

David Sedaris onstage at the Auditorium last November. My mother and I have been following him ever since hearing him perform his short story about working as a Macy’s Christmas elf for This American Life years ago. That particular story is in his book Holidays on Ice, which is one of my favorites, although Me Talk Pretty One Day is my all-time top pick. His timing, his intonations, his phrasing—it all works together, and hearing him narrate his own works takes his humor to another level. Talk about holding a huge audience mesmerized for more than hour! He’s brilliant—funny, often naughty, and cuttingly insightful.

Definitely Netflix’s The Crown. And not just because I portray Queen Elizabeth II. I’m fascinated by the blend of fiction and truth in this show. Many of the historical details are fictionalized, but the broader points the show makes are all remarkably true. It raises interesting questions: Where do we draw the line between “history” and “fiction”? Plus, the costumes and sets are amazing.