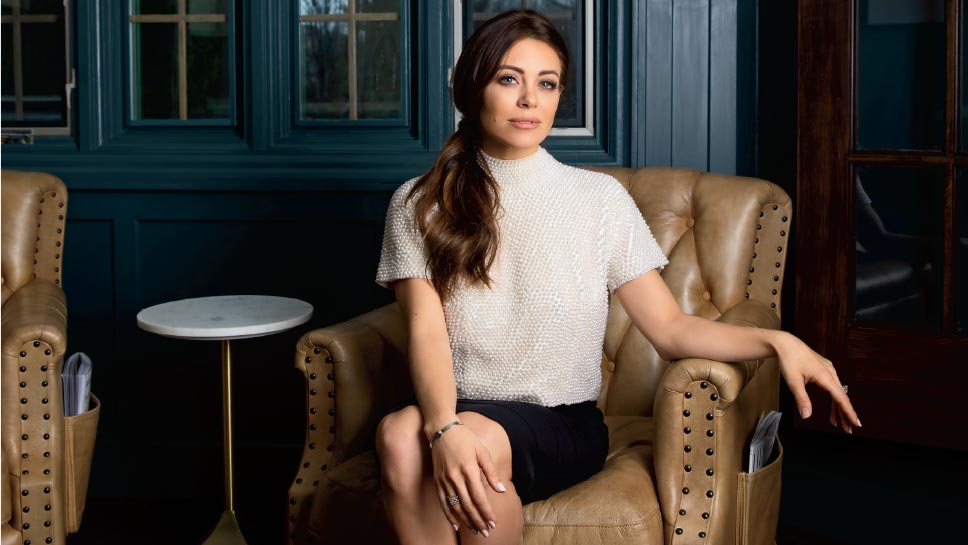 Jackelyn Kastanis transforms a tragic event into a heartfelt opportunity to help others. PHOTOGRAPHY BY ROBIN SUBAR / HAIR, MAKEUP & STYLING BY CONSTANTINE JAMES

Jackelyn Kastanis had recently moved from the Midwest to Los Angeles to pursue a career in film and television when she received the call everyone dreads most: Her childhood best friend Brooke Bolley had been diagnosed with terminal esophageal cancer and likely had just one year left to live. Kastanis immediately packed her bags and moved to Michigan to be by Bolley’s side, where she witnessed firsthand the psychological distress common to patients who undergo ongoing hospital stays and treatments.

“I was desperate for a way to lift my friend’s spirits,” says Kastanis. “She lost her identity in this little room, and I wanted to see ‘her’ again.”

Before her diagnosis, Bolley worked as a hairdresser, a vocation in which Kastanis says she found pride. To replicate the atmosphere of a bustling salon, Kastanis bought an assortment of nail polish and makeup so the two pals could mimic the lighthearted spirit of the slumber parties they’d hosted since meeting in the second grade. With a little lipstick and a fresh coat of lacquer, Bolley’s mood improved and soon, to her medical team’s surprise, she even required less morphine.

So, when Bolley later passed away at just 27-years-old, Kastanis founded Simply From The Heart, a nonprofit organization that provides patients with complimentary bedside beauty services to raise self-esteem and encourage well-being, in her memory. In the beginning, Kastanis still kept a stable job at Yolk restaurant in Chicago and hosted promotional events for Simply From The Heart when off the clock. After working up the courage to ask her boss Taki, Yolk’s founder, to donate food for one such event, the two ended up falling in love and later married. 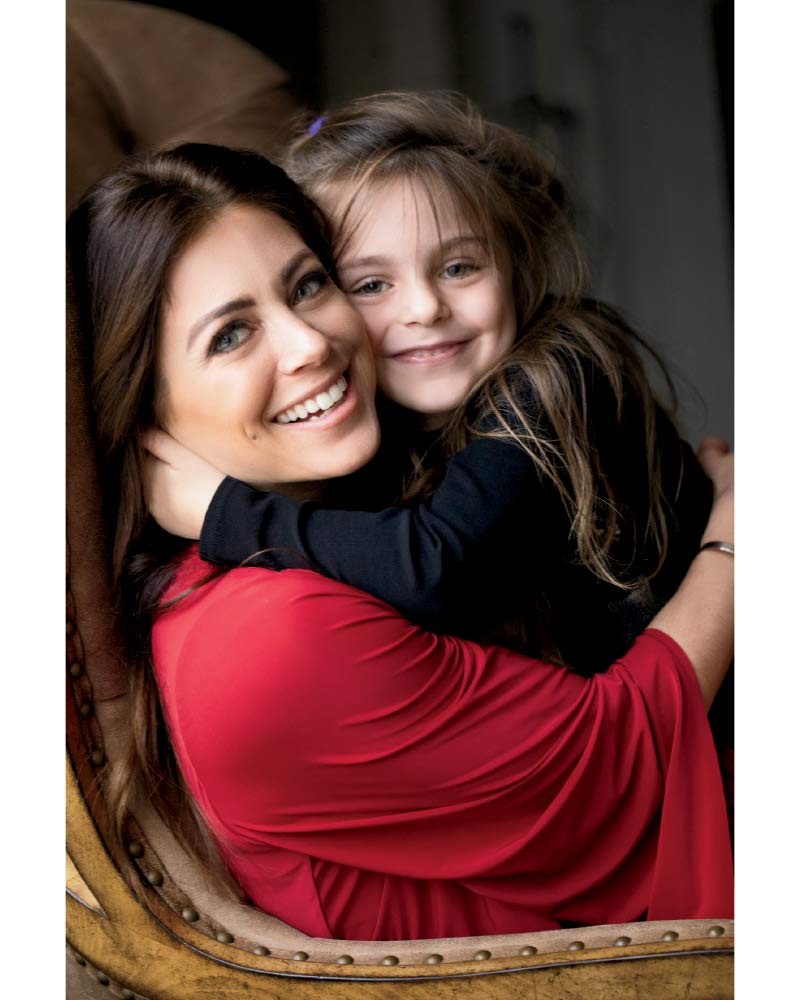 Kastanis with her daughter Kalisi

Since its inception five years ago, Simply From the Heart has now touched the lives of more than 5,000 critically ill patients nationwide by providing in-hospital relief from diagnosis and a much-needed morale boost via hairstyling, manicures, pedicures, mini facials, massages and more.

“Having your nails done might not seem like life or death, but sometimes it’s a huge victory for someone,” says Kastanis. “And really, the beauty products are just a tool to facilitate a much deeper connection through the love and personal attention from our Glam Squad.”

The Glam Squad, comprised of volunteers that donate their time to the cause, not only sits one-on-one with each patient but also provides him/her with a Glam Box that’s filled with 25-plus beauty items, like a RevitaLash serum that helps people who’ve lost their hair regain their eyelashes and eyebrows.

An initial growing pain for Kastanis and the nonprofit was finding partners for the Glam Boxes, as each one costs about $25 to create. It’s something she still struggles with, along with fundraising, awareness, and a lack of volunteer manpower. In spite of these challenges, Kastanis recently expanded the organization’s reach to Hinsdale after moving her growing family—she has three children and another on the way—to the suburb from Lincoln Park last year. 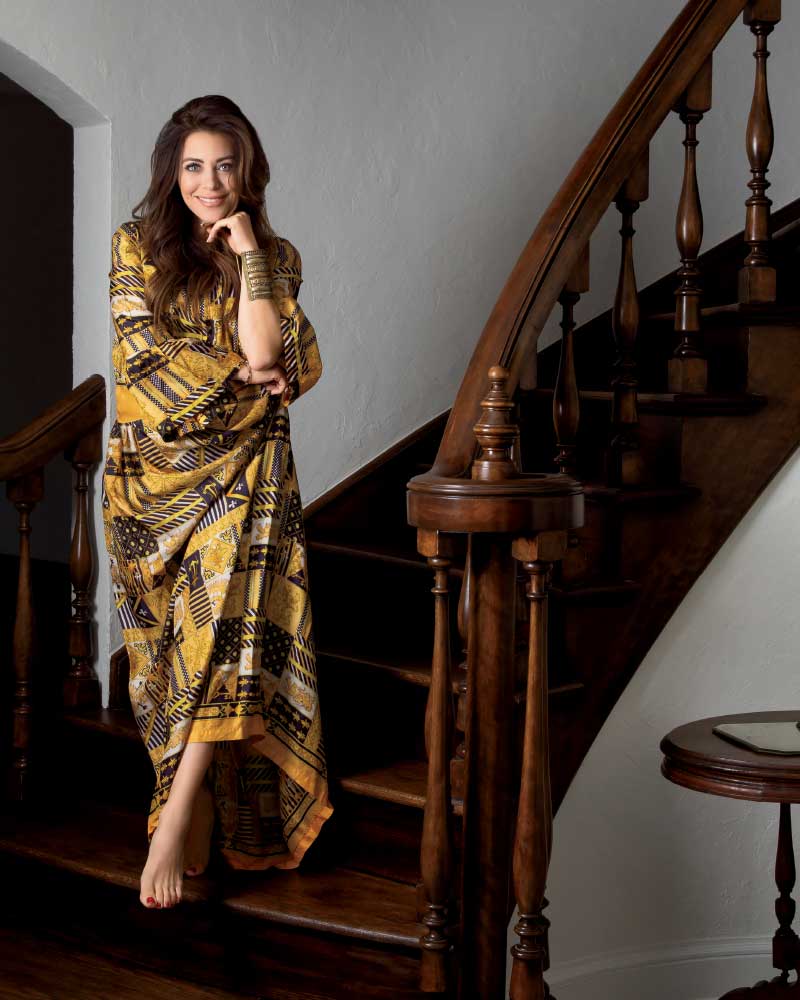 New healthcare partners include the AMITA Health Cancer Institute Hinsdale and Advocate Health Care, along with Hinsdale retailers like Jeans and a Cute Top Shop and Zazu Salon, who work in tandem with Kastanis to promote Simply From The Heart’s mission.

“My husband and I never imagined moving out of the city, but I’m so happy we did,” says Kastanis. “There’s a camaraderie here unlike anywhere else, and the people truly care. It doesn’t hurt that it looks like a Hallmark card.”

Kastanis joined the Hinsdale Junior Woman’s Club through which she found a supportive network of like-minded women and, although she has her hands full with the day-to-day of running Simply From The Heart and raising her young children, she also has plans to return to her filmmaking roots.

“I just finished a screenplay that will go into production this year, and all of the proceeds will benefit Simply From The Heart,” explains Kastanis. “It’s about two friends who find each other again after a terminal cancer diagnosis, really about Brooke and me. Since it’s my story, I’ll be on set every day. This is a way for me to get back to my career in storytelling.” 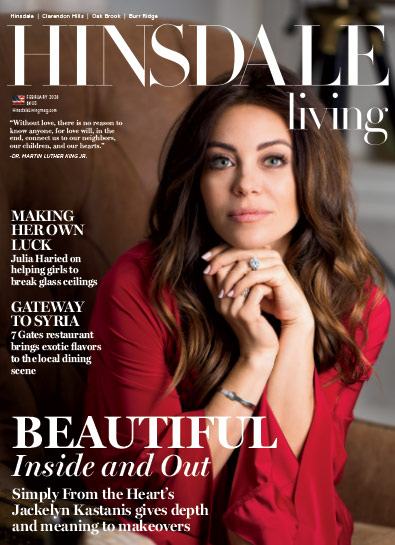 For now, Kastanis is content to ride bikes with her family and enjoy visits to their favorite Hinsdale haunt, Nabuki, but she’s looking forward to growing Simply From The Heart’s Reach by targeting sororities and beauty schools for the nonprofit’s burgeoning ambassador program.

“Life doesn’t present us with enough opportunities to simply invest in your soul,” says Kastanis. “None of us can do everything, but we can all do a little something.”