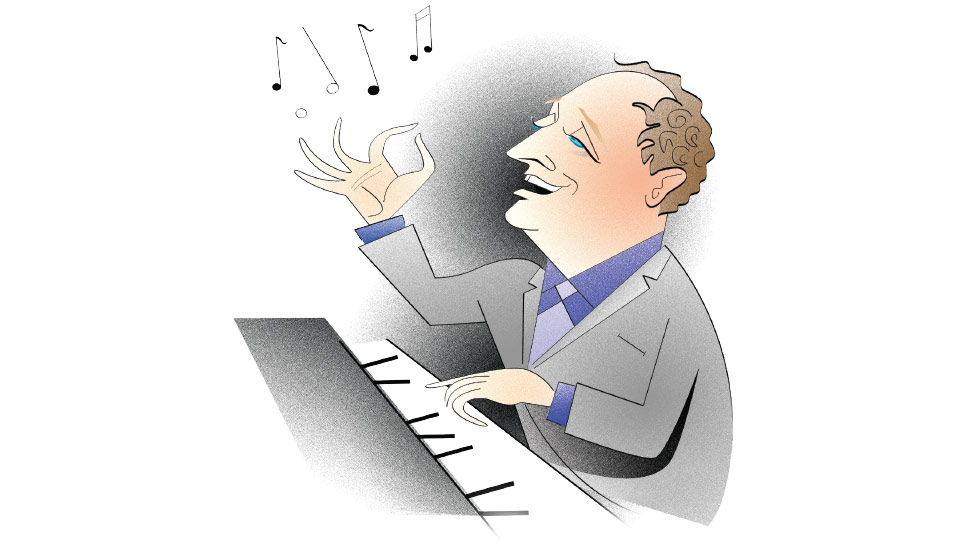 Conductor Jonathan Miller is the artistic director and CEO of Sounds Good!, a choral organization for adults over the age of 55. Eleven choirs—located throughout Chicago and its suburbs—welcome people of every skill level to sing under the direction of professional artists. The nonprofit also includes an offshoot, the Good Memories Choir, where members with early-stage memory loss sing together with their care partners and volunteers. Miller studied mathematics and music at the University of Chicago and holds a Ph.D. in historical musicology from UNC-Chapel Hill. But don’t let his serious credentials intimidate you—his approach to music is playful and inclusive. A cantor and leader in Jewish choral music, Miller composes a series of holiday tunes he calls “Wacky Christmas Carols.” When he’s not having fun with his work, he serves as an auctioneer for charity events and volunteers as a homeless-shelter team leader. Here are a few of his most notable lasts:

When I was visiting Washington, DC in early November, I saw a wonderful performance by the Washington Bach Consort.

I subscribe to Apple Music, and when I need to concentrate (or when I’m feeding the dogs early in the morning), I like Baroque instrumental music. The last album I downloaded was a set of early concertos by Telemann, which I heard at the [aforementioned] DC show.

A recent thrill was having 100 Sounds Good! singers leading the caroling at Cloud Gate, otherwise known as the Bean, in Millennium Park.

A singer in Good Memories told us recently that her cognitive decline has actually started reversing—meaning that her cognitive abilities are now improving and she can function and remember things better—since she joined the choir a year ago. That was about as meaningful as it gets. Another singer told us she noticed that she was getting short of breath while walking down the street, even just for a block; she has been in Sounds Good for three years, and at some point, she decided to try the breathing exercises we use in rehearsal to see if she could use that same technique in her everyday life. Sure enough, it worked.

Ren Baldwin is our Sounds Good conductor in St. Joseph, Michigan. He’s a great musician and a superb human being.