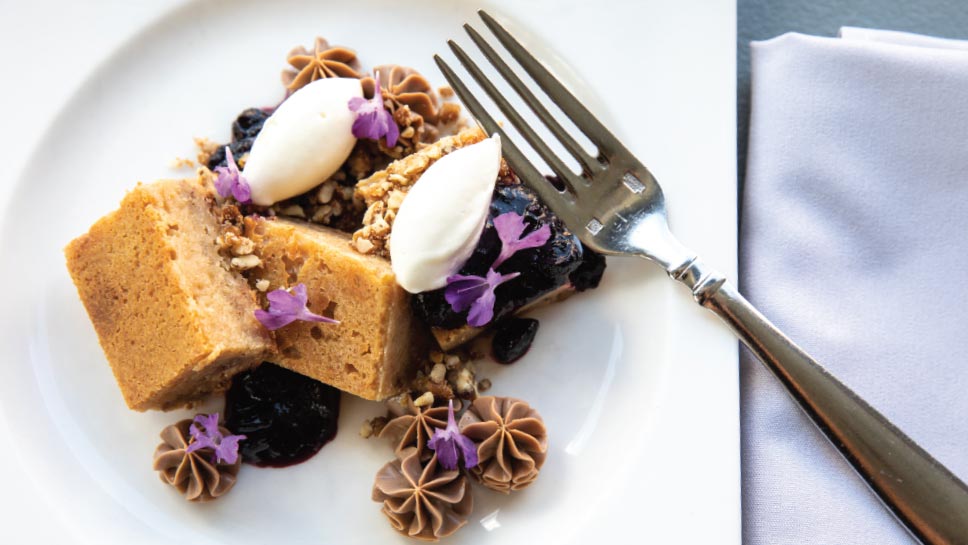 When chef Paul Virant announced this past summer that his flagship restaurant, Vie, in Western Springs was celebrating its 15th birthday, he marked the occasion by running a limited-time menu of signature offerings from years’ past. One look at the list—pan-roasted whitefish, cotechino sausage with bacon-braised beans, and sauerbraten-style beef cheeks—and I couldn’t help but feel a wave of nostalgia wash over me. It was quickly followed by what can only be described as sheer unadulterated shark-in-the-water panic.

If Vie was turning 15 years old—a restaurant I’d first profiled shortly after it opened—how old was I exactly? I did what anyone would do in such a situation: I immediately booked an appointment to see my cardiologist, then went rifling through old notebooks for proof that a decade and a half had indeed “Rip Van Winkled” before my very eyes.

What I found lowered my blood pressure quicker than any beta-blocker on the market—notes I’d written gushing over how much I’d enjoyed some of my meals at Vie over the years. 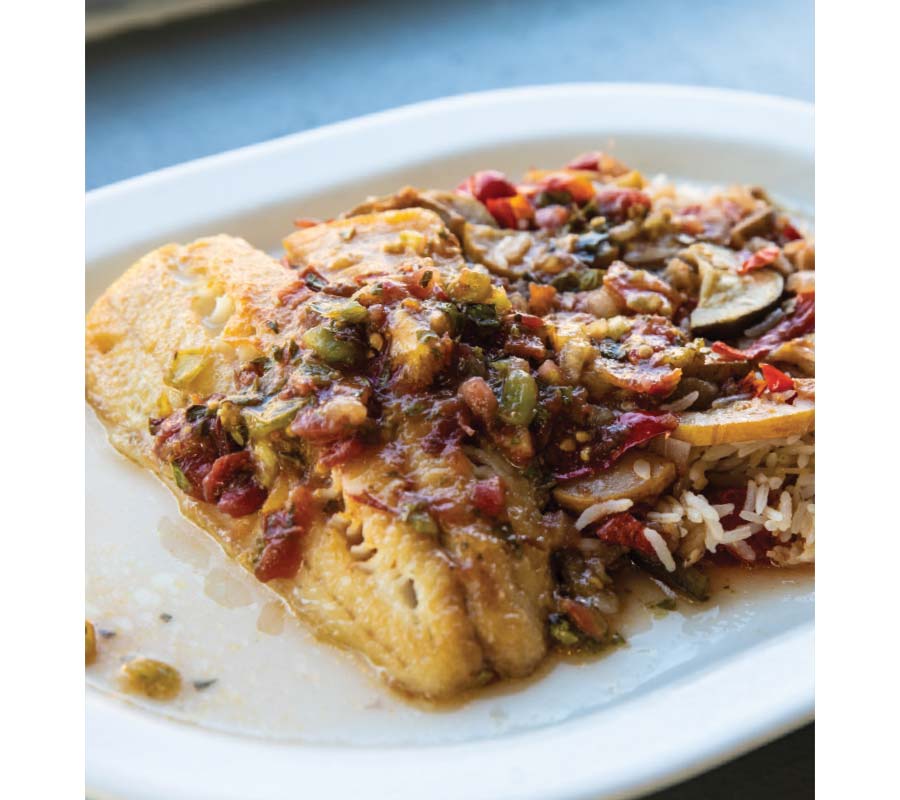 There were scribbles about a plate called Little Bloom on the Prairie, which smeared peppercorn jam over pillows of goat camembert, watercress, and candied walnuts—a dish that inspired me to suggest that Virant cooks the way that Mark Twain writes. On another occasion, I’d written that Virant struck me as a “Michelin-star talent with a Cracker Barrel soul.” I raved about the brilliance of pairing grapefruit marmalade with foie gras and pickled tomato vinaigrette with raviolis, suggesting that Virant applies vinegars and jams to dishes the way JMW turner scrapes oils onto a canvass.

Most restaurants are like NFL quarterbacks. Eventually, a season will come that reveals they’ve outlasted their expiration dates. Passions cool. Creativity quells. And before your know it, a restaurant’s past becomes the only justification for its future.

Only that’s never been true for Vie. The restaurant’s dining room—iced with so many cool grays and dark blues that a young girl once told me it reminded her of the castle in Disney’s Frozen—feels as chic and homey as ever. Virant still ferments, jams, and pickles better than almost any chef in the Chicago area. On the second floor of the restaurant, there’s a hidden backroom of pickled delights that look like something out of a rerun of Little House on the Prairie.

The remains flush with season vegetables that make you question why everyone is so obsessed with plant-based impossible burgers and faux meats. His smoked carrot dish looks like a Daoist’s yin-yang symbol: a light-meets-shadow swoosh of grainy hazelnut butter bordering a snow-white kholrhabi-horseradish puree. A plate of veggies and dip has never tasted so complex, nor looked so elegant. 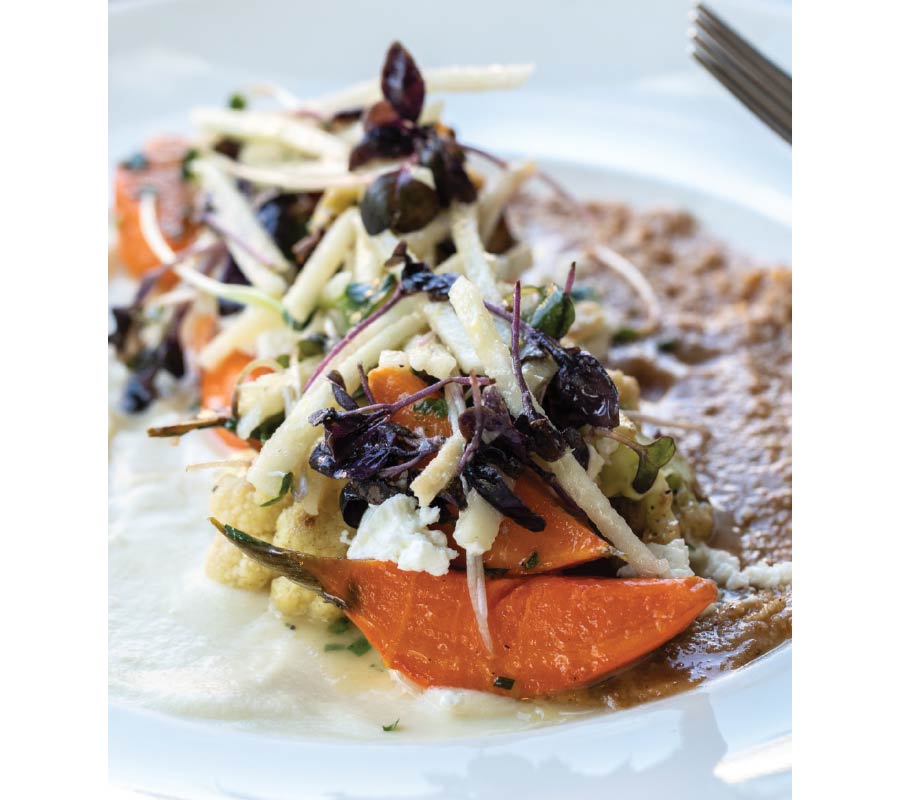 The kitchen, to my delight, continues to experiment with sausage-making. You can never wrong, for example, with the Virant’s CDK beef combination platter, which recently included a strip loin studded with bits of knockwurst sausage in an onion sauce that tasted like pureed alliums and sweet leeks.

The key to Vie’s longevity may be Virant’s ability to create dishes that are simultaneously approachable and inventive. The man has always loved beans—summer beans, cranberry beans, green beans—but consider the brilliance of a bowl of pork-braised white beans that tastes both like a French cassoulet and spicy West Texas chili. It’s spiked with a fermented pepper-honey emulsion, which is sweet on the front but spicy on the way down. And instead of packing on heavy proteins, he slips from the earth to the sea by topping it with wood-grilled octopus

Virant always serves gnocchi as a starter, but his current iteration is a stunner. It’s dressed with smoked chicken and a relish of Verjus-soaked corn and eggplant that tastes, in equal measures, like a Missouri succotash and an Italian eggplant caponata. 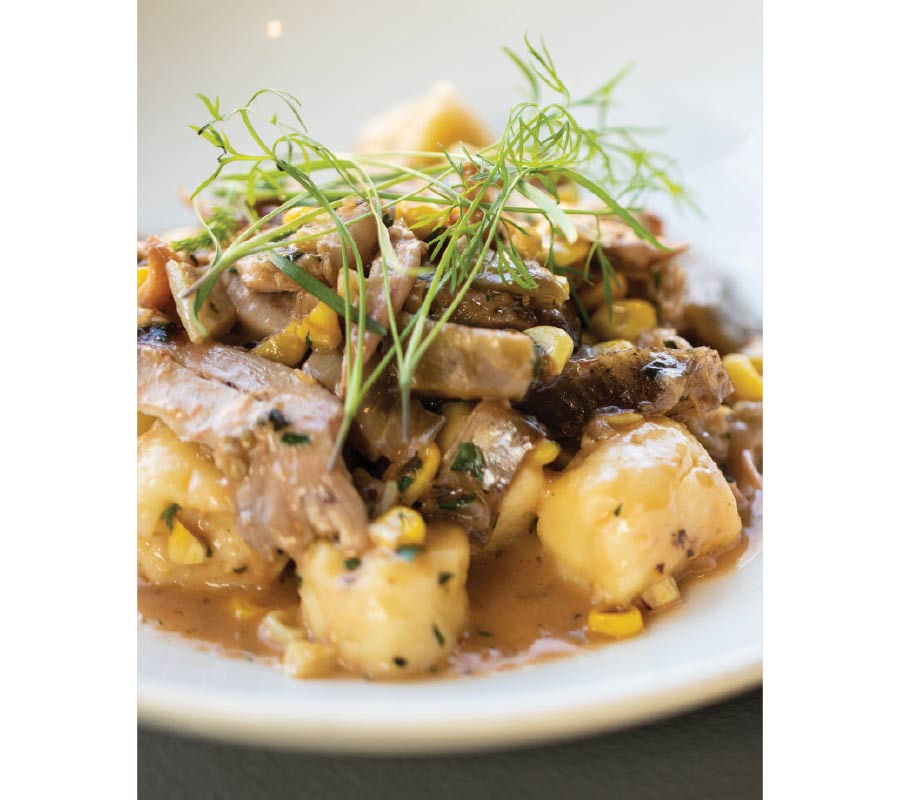 On paper, some of this may sound like a bridge too far, like trying to wed Indiana with Toulousse or Tokyo. But on the palate, the flavors wed with stunning symmetry. It’s pure armchair travel. Note for instance the use of a particularly trendy ingredient—tatsoi, which is Asia’s answer to spinach—to cut through the richness of a pork dish slathered in an acidic pepper relish. Or the house whitefish, which comes with a giant scorched-rice pancake stuffed with ratatouille: a clever Midwestern riff on socarrat (the crispy bottom layer of a Spanish paella) or the classic Persian rice dish tahdig.

What’s brilliant about Virant’s cooking is his ability to tie local sensibilities with flavors from foreign lands. His meals reveal the unforced kinship and unforeseen connections between food cultures that are half a world away.

And yet by the time you arrive at the dessert list—often a St. Louis-style gooey butter cake and, in our case, the best peach fritter imaginable—you’ll feel as if you’ve come full circle back home to the Midwest, back to Western Springs, to a restaurant that has managed to slip through the folds of time and allow even the oldest of us to feel, for a few brilliant courses, young once more.