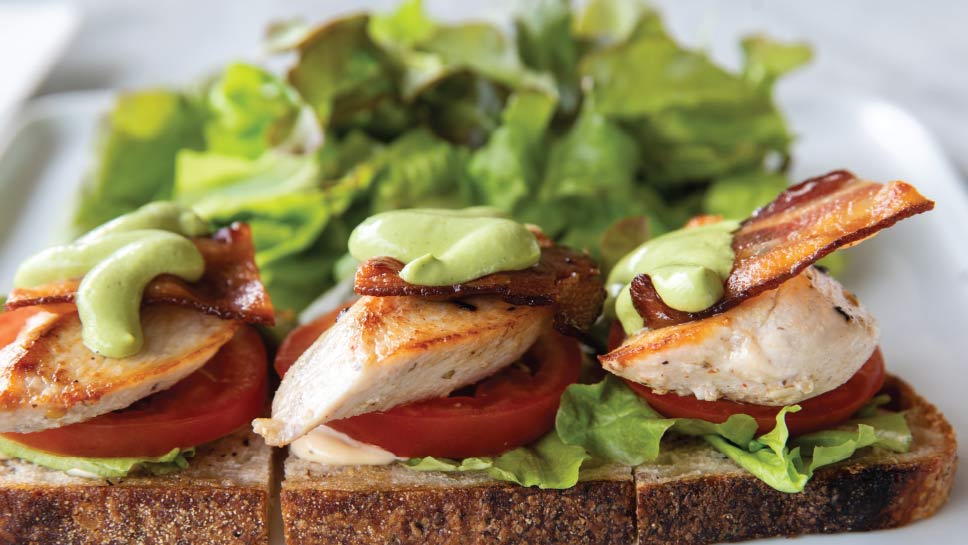 Midway through a recent meal at The Table—the new restaurant embedded in the Crate & Barrel in Oakbrook Center—a young girl sitting a few tables away from us made a rather telling move.

She’d been staring, slack-jawed, at one of the restaurant’s art installations since the moment she sat down. It’s a striking piece: a jumble of Crate & Barrel plates, saucers, mugs, and deviled egg platters glued to the wall in a kind of 3D bric-a-brac collage.

It must have looked to her like someone opened a portal from the Mad Hatter’s tea party in Wonderland and cast a spell that flung—and then suspended—these dazzling artifacts onto the wall. Tired of merely staring, she wiggled off her seat and marched, eyes outstretched to her hairline, toward the piece and began running her fingers along the curves of the plates and cups.

There was wonderment in her eyes. She traced each piece the way a tabletop musician might try to make water-rimmed crystal glasses vibrate and sing. Had we been in an actual cartoon, a little thought bubble would’ve surely formed above her smiling lips, scrawled in with the phrase “What, in the world, is this place?” 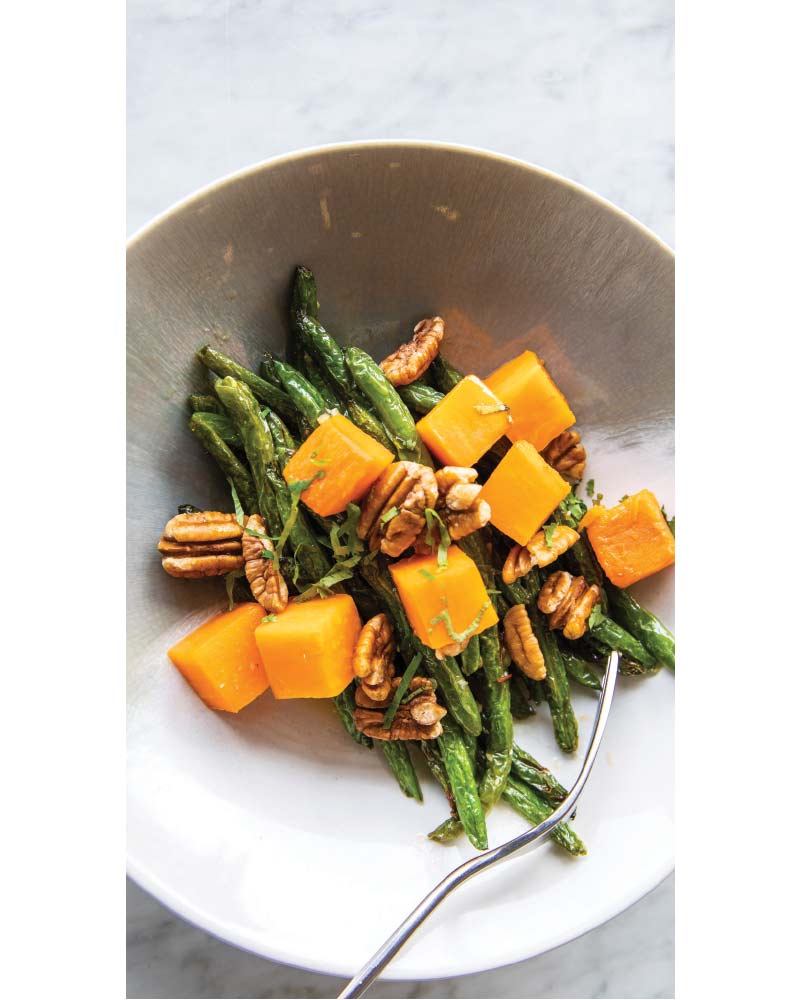 I suspect that many of her elders—us, less courageous but equally curious adults—may harbor similar questions about this newfangled concept.

A slick new restaurant grafted into the heart of a Crate & Barrel store? What is going on here?

As long as there’ve been department stores, there have been in-house eateries. The legendary Walnut Room downtown comes to mind. But this concept is something different. Same genus; different species.

It’s a collaboration between Crate & Barrel and the Cornerstone restaurant group (think Michael Jordan’s Steakhouse and Eno wine bars), which seeks to eliminate the once thick borders between a dining experience and a shopping experience.

Every object within the restaurant can be purchased. Interested in that wire-ribbed candleholder on your table? You can buy it. Fancy those cute tea sets that The Table uses for its weekend high tea service? They’re yours for a price. Think those nifty cloche light fixtures will work s a centerpiece for your kitchen rehab? No problem. Just ask your server for a catalogue and order away.

In essence, The Table is posing a rather intriguing question: Can a dining experience be so memorable that it convinces diners to take home kitchen utensils and table ware along with doggie bags full of leftovers?

I think Lewis Carroll would’ve approved with this jabberwocky approach to mall dining. But what makes it really work is chef Bill Kim, who’s known for his Belly empire, which included Urban Belly, Belly Q, and Belly Shack.

Kim has reached that point in his storied career—as so many top-tier chefs eventually do—where he’s drawn to the challenge of trying do more with less. The menu, Kim says, was inspired by the meals he and his wife like to eat at home. Kim can prepare meals so complex that they rival the inner workings of a Rolex watch, but he seems liberated by the prospect of building an ultra-clean, refreshing, and downright approachable menu.

Here’s his recipe. Less butter, more olive oil. Lots of veggies. Simple skirt steaks and bowls of shrimp poke. And perhaps, shocker of all shockers, absolutely no pork—at least not on his inaugural menu.

Taking a cue from that striking collage on the wall, some of his offerings have been inspired by Crate & Barrel’s service ware. His vegetables crudité, sourced from his friends at the Chicago Green City market, is set next to a smoked white bean hummus and red pepper sauce and served inside a giant glass dome. His surprisingly effective vegetarian lasagna—which swaps out sheets of pasta for meaty slices of cauliflower—is layered into in a snow-white casserole shot through with green pesto swirls, dapples of ricotta and a broth-like tomato-cauliflower sauce at its base.

You may find yourself, as we did, ordering dishes you’ve been avoiding for some time. It’s been years since I asked a waiter to bring me a plate of salmon niçoise. I didn’t think I’d missed it until Kim’s version came calling.

It’s composed of two perfectly cooked slices of salmon—shaped to look like swimming fish—that’s wedded with a caper-heavy mix of beans, olives, hard boiled eggs and potato slices. It reminded me why this dish—which is so often butchered—is a brasserie classic. Briny and acidic (with veggies served as cool as a bowl of gazpacho), it’s a triumph of old school technique crossbred with a light, New World sensibility.

Even our heaviest offerings—a double-bacon cavatelli, which shows how good a light Cal-Italian red sauce can be—didn’t feel weighty. Nor did the house tartines—one slice of bread in these open-faced sandwiches means half the carbs—and the first-rate pot au crème, which is topped with summer berries, pumpkin seeds, and a drizzling of macadamia nut milk. The result is like a deconstructed Almond Joy bar.

Kim probably won’t find the same level of acclaim for these simple clean dishes as some of his more genre-bending creations of years past, but his menu perfectly reflects the look and feel of a restaurant that wants to redefine retail dining. Add an inspiring Midcentury Modern California-cool ambiance, great views of Oakbrook Center’s most dazzling fountain, and you’ll find that The Table is something of a Wonderland of its own.