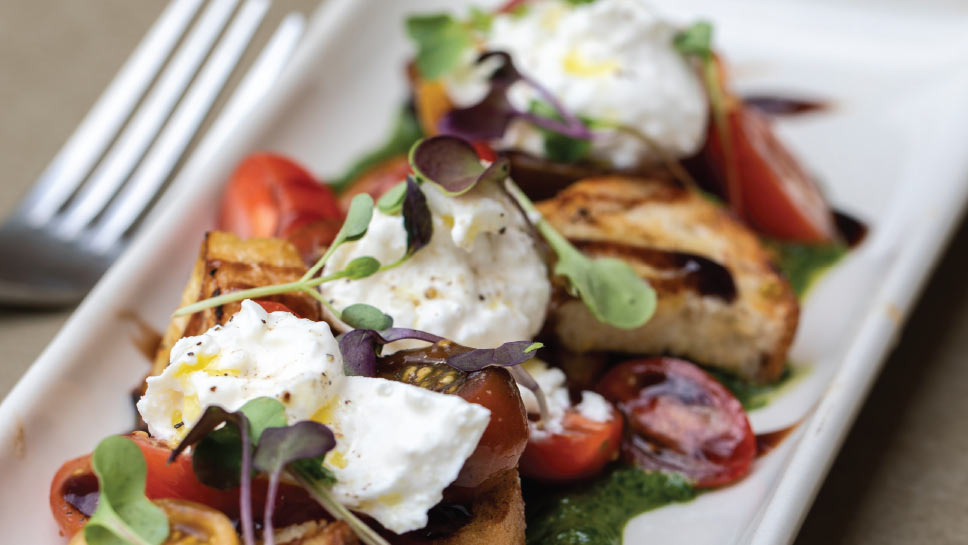 There are plenty of dinnertime discoveries at Nordstrom’s Ruscello restaurant in Oak Brook. House Heirloom Tomato and Burrata Starter. PHOTOGRAPHY BY ROBIN SUBAR

Given the steady flow of flashy new restaurants that are moving into Oakbrook Center, no one would have blamed the good folks at Ruscello if they decided to dial down their ambitions and set their dinner menu to cruise control. Tucked into the back of the mall’s giant Nordstrom outpost, it’s the sort of place you have to ping on your Google map in order to find.

That’s a shame because chef Joel Hassanali and a management team led by Michael T. Switzer have the ability to pull the tablecloth out from under your typical department-store dining experience. Consider a recent wine dinner they launched in conjunction with the British perfumer, Jo Malone, in early June.

To build the right menu and wine offerings, Hassanali spent a day sniffing various colognes, perfumes, and candles from Jo Malone’s line in an attempt identify scents that could inspire a unique meal. The result was a five-course tasting menu with all the ambition of a kitchen prepping for a turn at the James Beard House. 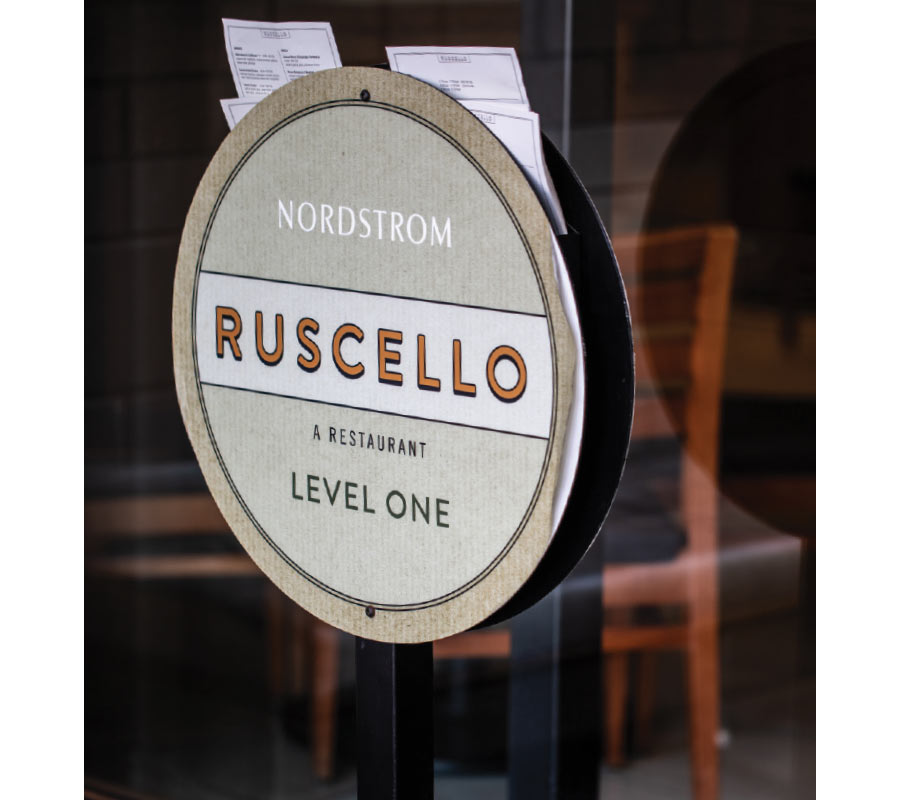 Take one look at that menu and it’s unsurprising that other luxury retailers are following suit. Add the fact that Ruscello’s scratch kitchen sources produce from regional farmers as well as sustainable proteins—including Alaskan wild salmon, cage-free eggs, and gestation-crate-free pork—and you can see there’s deep ambition lurking beneath a rather common department store veneer.

Ruscello’s daily menu is a bit less ambitious, but it’s a great value play with most apps priced under $10 and most entrees below $20. 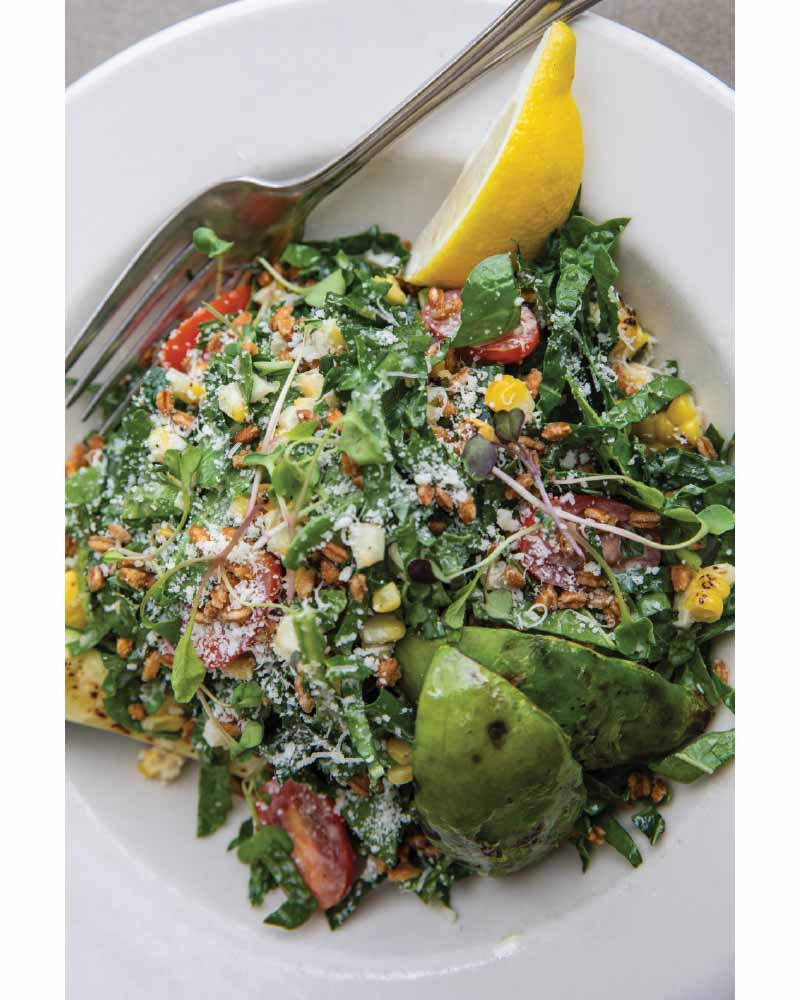 If anything, Ruscello seems intent on filling a much-needed niche as an affordable dinnertime alternative to the increasingly pricy steakhouses and chef-driven eateries in the mall. Its menu aligns perfectly with the recent push to position vegetables and light seafood to the center of the plate.

There’s nothing particularly new, for instance, about the house’s heirloom tomato and burrata starter, but its execution shows real balance. There’s a delightful undercurrent of sweetness from the balsamic vinegar, especially when matched with a basil pesto drizzle that’s crisscrossed across plenty of juice-bomb tomatoes. 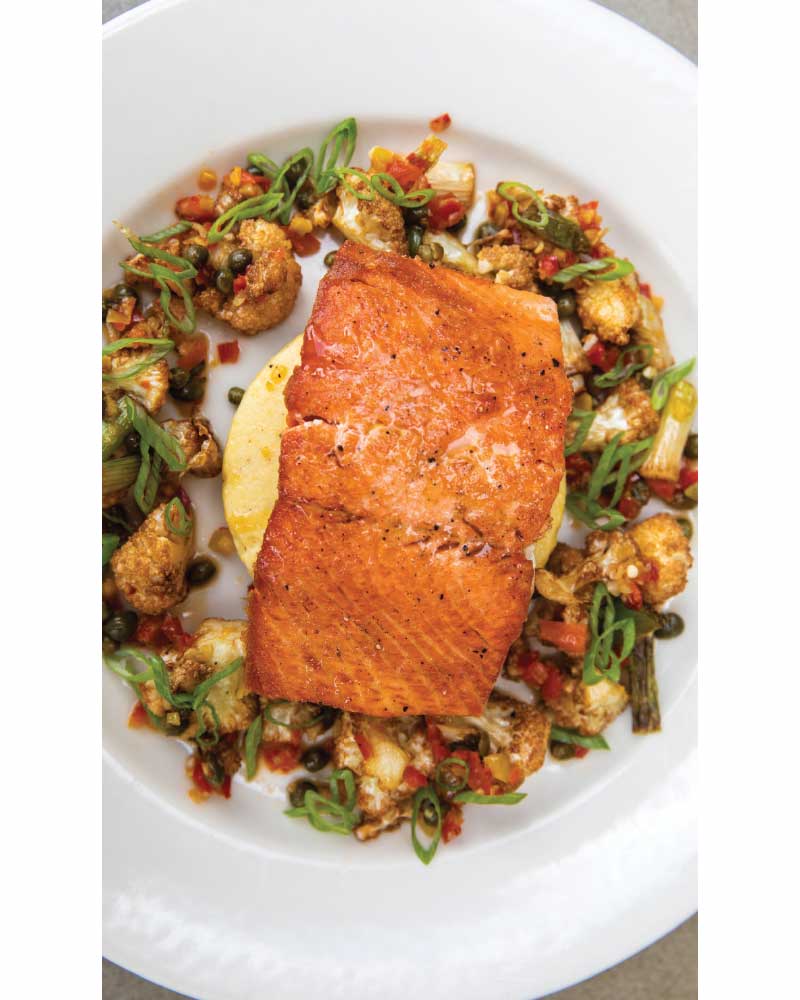 The juices flow—the cream from the burrata, the garden-y pesto and the acidic tomato jus—which soak into the grilled bread, making for a rather
sumptuous snack. You’ll find a similar brightness from the salad list, especially the grilled vegetable salad, which seems inspired by the bright, almost fluorescent colors that are dominating the fashion scene of late. Bright yellow squash, bright red tomatoes, and crispy bits of sand-colored faro are set in a green thicket of lacinto kale that’s creamed with avocado and a mild garlic sauce. It’s light and fresh and fulfilling, the kind of dinnertime pick-me-up that won’t weigh you down before your final nighttime bargain-hunt around the mall.

There are heavier entrees for those looking for a more definitive close to the day. We enjoyed the egg-y carbonara, which boasts chitarra pasta stained egg-yolk gold. The result is what you want a simple carbonara to be—rich, smoky, and matted down with extra cheese—yet the addition of sliced asparagus offers an earthy ballast to what can be cream-soaked dish.

For meat eaters, there is a grilled flat iron steak, which should be ordered extra rare. It comes with a rather delightful old school Greek-style French fry. They eat like skin-on baked potatoes but are also snowed under with a blizzard of Parmesan and bits of fired sage and rosemary. The fries are so beloved they’re often served as a stand-alone appetizer.

The other entrees—including burgers, pizzas, and sandwiches—tend to be lighter. There is a Tuscan grilled chicken and a lobster risotto, but there’s an easy charm to the kitchen’s wild salmon, which is set in a lemon-honey gastrique and served with an upscale twist on a South Side giardinara—spiced cauliflower mixed tumbled with vinegary veggies and peppers.

If a full meal isn’t in the cards, consider settling for cocktails and a dessert. Ruscello’s chocolate paradise cake tastes like a cup of hot chocolate in cake form—a blend of sweet and dark chocolate—surrounded by a golden caramel sauce that looks like liquid gold. It looks sharp on the plate, kind of like a golden Yves St. Laurent crest on a black leather purse—but it will only set you back $8 instead $800, which is of course the beauty of Ruscello itself. It may be playing things safe, but there’s a whole bunch of creativity poised to bubble to the top. All of which you can sample for a song.