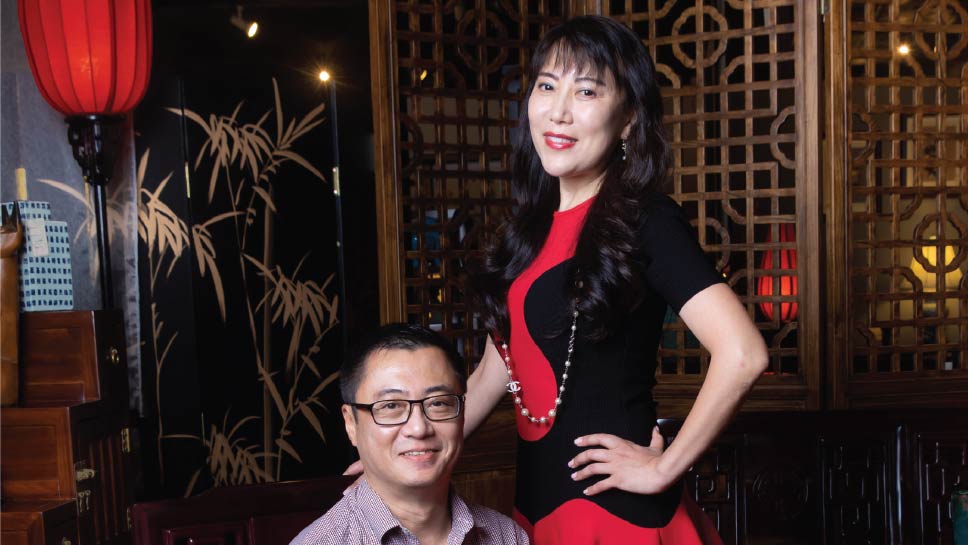 China Furniture and Arts runs the largest online store of fine Chinese-inspired furniture in the world.

But that doesn’t mean they don’t want to see you in person.

A visit to the China Furniture and Arts showroom is a feast for the eyes. The 15,000 square feet space features more than 1,000 items on display. A trip to the showroom is like transporting yourself to China.

The story of the Asian furniture importer is an all-American one. The father of current owner Joe Chou, James C. Chou, got his start in Taiwan in 1959 and flourished. He expanded to the North American market in 1980 by opening a showroom in Los Angeles, and then moved the business to the Chicago area in 1982. The current showroom in Westmont has been open since 1991.

Many of the company’s pieces are built with rosewood, a richly hued timber that is highly coveted and more difficult to manufacture and find.

“We custom design and make Asian-style furniture and we import antiques and replicas. We excel at furniture made from rosewood, which offers impeccable quality,” Chou says.

Chinese roots remain important to Chou and he takes pride in bringing a part of Chinese culture to the United States. While the company’s initial move to the North American market was primarily to serve the Chinese community in Los Angeles, it is influencing the design tastes of Americans and those around the world.

“When I first came to Chicago in 1988 I noticed that Chinese and Asian culture was still a mystery to a lot of Americans,” says Chou. “People knew about Chinese furniture and art from the movies, and I felt we could introduce the beauty and craftsmanship to the broader American community.”

China Furniture and Arts offers furniture for every room in the house as well as planters, wall decor, statues and figurines.

“We treat our showroom like a museum filled with pieces from various eras and Chinese dynasties. We love it when people come in and express their admiration for what we’ve established here,” Chou says.

While the company started with just two people, it now employs more than 20 and offers custom furniture builds. It backs up all of its sales with a lifetime warranty. By working directly with manufacturers in China it also cuts out distribution costs, bringing value to customers. Its products have been featured in Hollywood movies and television shows such as House of Cards, Skyscrapers, and The Marvelous Mrs. Maisel. It provided the gong that’s used to mark the end of trading on the floor of the New York Stock Exchange.

In 2017, Westmont officially entered a sister-city agreement with the Taiwanese city of Hsinchu. Westmont was already the home of a thriving Taiwanese community, with a Taiwanese supermarket and cultural center. The agreement solidified ties between the two cities and Chou played a central role in the commemoration and celebration.

It’s all part of Chou’s broader perspective to use the beauty of Chinese craftsmanship to bridge cultures.

“We believe in the quality of what we sell and in making sure our customers are satisfied. The reaction we see from customers is what is most rewarding,” he says.

The China Furniture and Arts showroom is located at 35 S. Cass Avenue in Westmont, 888-786-6888, chinafurnitureonline.com.