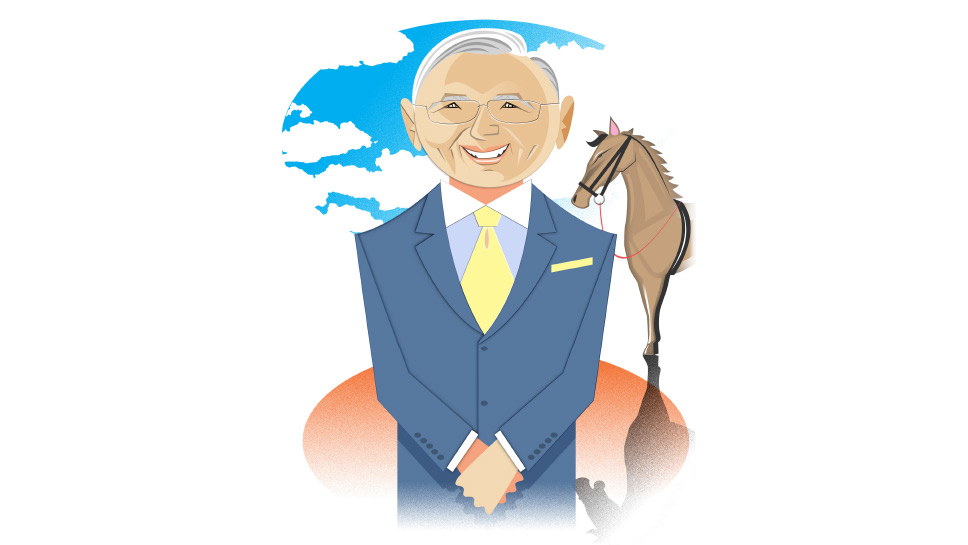 Richard L. “Dick” Duchossois has lived a full and honorable life for 97 years and counting.

He served the U.S. Army in five European campaigns during World War II, achieving the rank of Major and earning a Purple Heart and two Bronze Stars.
In business, he founded what would become the multi-billion-dollar Duchossois Group. He married twice (he lost his first wife Beverly to cancer) and established his family at Hill ‘N Dale Farm—which eventually became one of the premier thoroughbred breeding farms in Illinois.

In 1983, Duchossois purchased the then floundering Arlington Park, initiating the Arlington Million race, helping the track garner international acclaim and elevating it to a Grade 1, world-class horseracing destination.

Early this month (August 2), “Mr. D,” as he is affectionately known to most, travels to Saratoga Springs, New York, to be inducted into the National Museum of Racing Hall of Fame for his success as the owner of Arlington International Racecourse. To those who know Duchossois, it is a well-deserved honor, and perhaps long overdue.

His response on that subject reflects the humble and modest man that he is: “It’s quite a great honor. I don’t know how I deserve it.”

In fact, humility, self-discipline, pride, and respect for others has defined Duchossois throughout his life. As do honor, generosity, and philanthropy.

After losing his beloved wife Beverly, Mr. D and his family established The Duchossois Family Foundation in 1983, and then became major donors helping to establish first the Beverly E. Duchossois Cancer Care Center, and later, the Duchossois Family Institute in 2017—both at the University of Chicago Medicine.

In another gesture to honor Beverly, Duchossois established the Beverly D Grade 1 turf race in 1987 at Arlington Racecourse. In 2010, his own filly, Éclair de Lune, won the race.

“It is one of the great thrills of my life,” he says. “I put that over the Kentucky Derby, because it was my personal feeling that I wanted to win that race.”

“Everything is new in the way of our management and our operation. We want to make sure thoroughbred horseracing in Illinois remains a solid industry, even with the competition from casinos,” he adds.

“Hill ‘N Dale farm is the most wonderful place I ever lived,” he says. “Out here, with the open spaces, everyone is down to earth and friendly, and it’s a wonderful place to be.”

When asked if there is anything else, Mr. D’s parting words are, “Everyone should have a horse.”