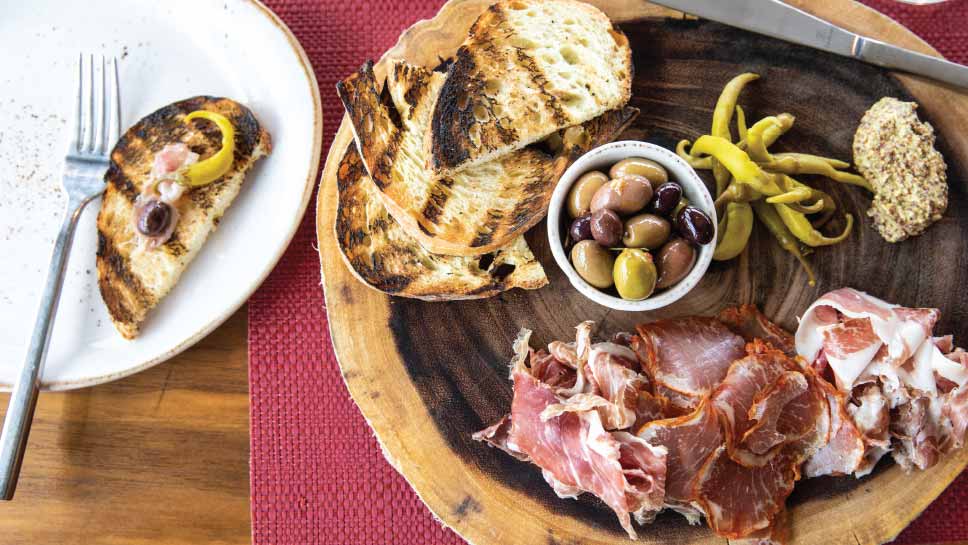 Never mind that El Tapeo, the stylish tapas bar on the ninth floor of the Le Méridien Oak Brook, stares down from the clouds onto its more famous neighbor—the low-slung but always active Oakbrook Center mall.

There’s a thrill, I suppose, in watching the undulating deal-chasing masses from this height, just as there’s a certain charm to taking in a baseball game from an air-conditioned skybox. Sports, after all, are sports, even if one is played with a bat and gloves and another with a credit card and shopping bags.

With its open, airy, layout, glassy look, and stark wooden tables, El Tapeo was likely built to be a modish alternative to the more mall-focused eateries across the street. But the real soul of the place seems to draw its inspiration from a far different type of an arena—the grand old Spanish bullrings of yore.

The dining room’s vibrant color scheme (a crimson as deep as a bullfighter’s muleta) and the florid artwork (in one corner, a matador goads a raging bull) feels more like Hemingway than Bezos. As does, thankfully, the bold menu from Matthew Cappellini, who seems to be playing the role of a matador himself by waving the richest treasures of the Spanish table in front of diners, daring them not to charge headfirst in their direction. 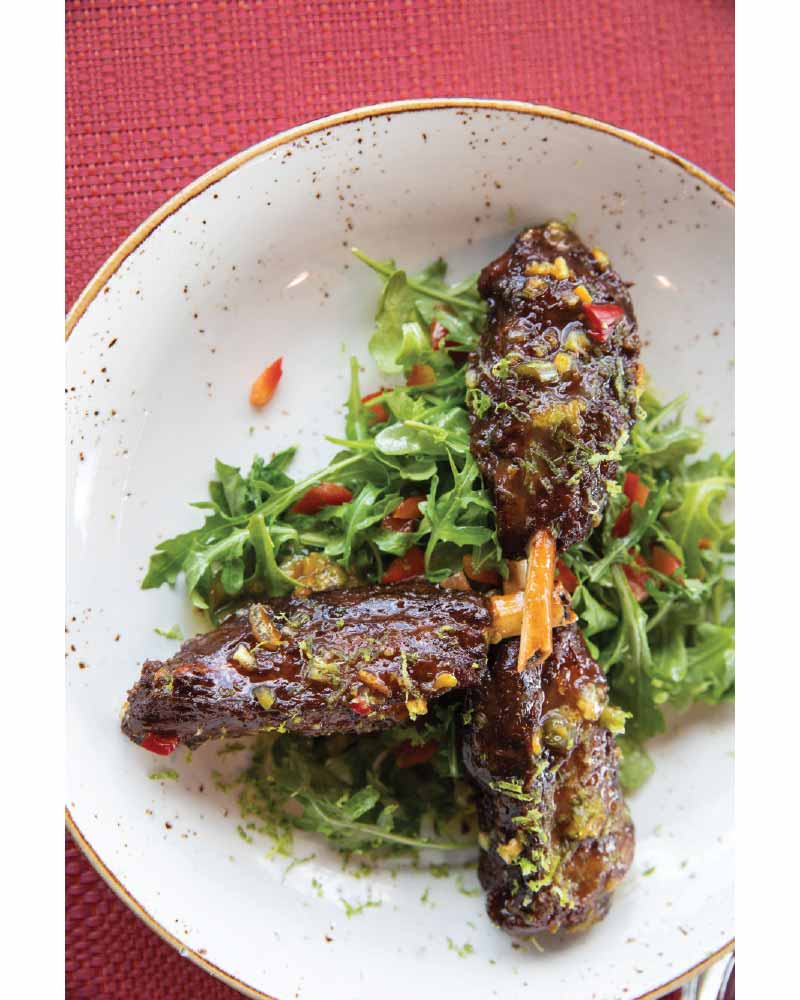 How can you resist, for example, not taking Cappellini up on one of his pata negra platers, which far exceed, in both visual splendor and richness, what you’ll find on pretty much any other antipasta spread in town. Given that we know people who’ve planned entire trips to Barcelona around the prospect of enjoying Spain’s most famous pork product—an intensely nutty, creamily marbled ham made from black-hooved acorn-loving hogs in western Spain—it’s a delight to find so many different cuts of pata negra so close to home.

Personally, the paleta from the shoulder is my favorite. Drizzled with a heavy mat of olive oil, it tastes like moisturized Italian coppa but retains the flavor of a gentle salumi. The dry-cured lomo from the loin tastes more like a sharp, salty jerky, while the jamon is alike a Spanish prosciutto crossed with steak of a lardo. 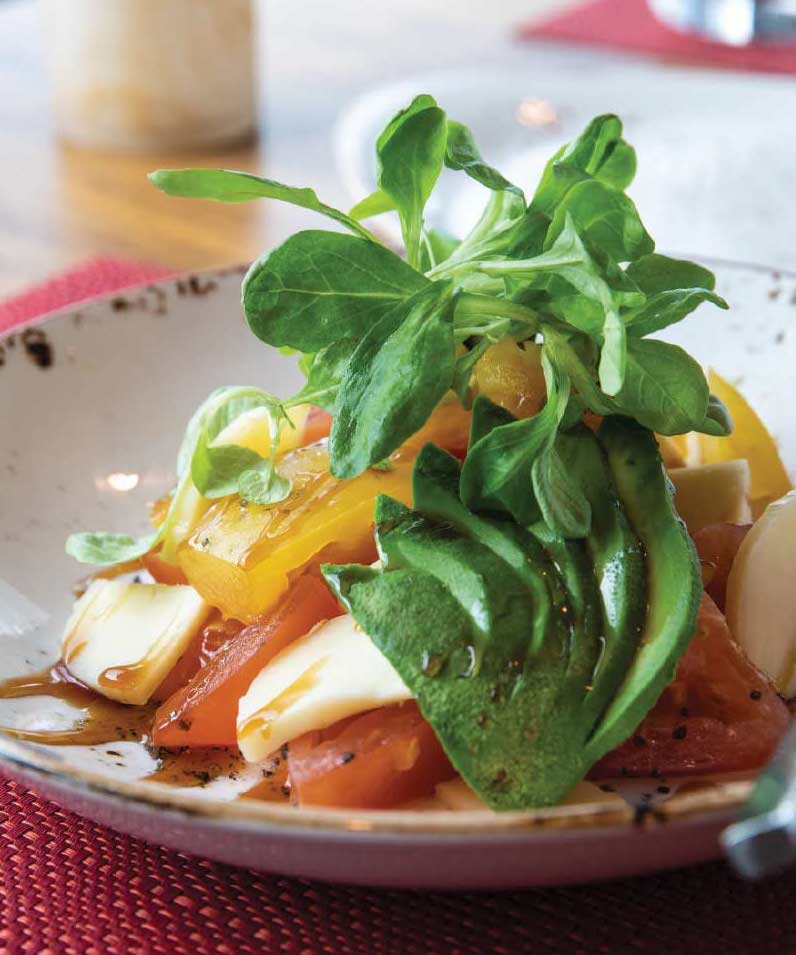 Although accompaniments are seasonal, we spent a good 30 minutes soaking up the accouterments, which include a figgy jam, a cup of Spanish olives, and two additional cheeses: a soft birchwood smoked San Simon cow’s milk and a deeply crystalized Manchego.

If the platter’s charm is pure rusticity—sharp umami notes, honeyed sweetness, and the magic of cured pork—Cappellini’s tapas breathe new life into old classics by giddily swapping out rich staples for ultra-luxurious add-ons. His take on albondigas, a classic marble-sized meatball, are made with nothing less than ground lamb and bacon. If the Spanish table loves its bacon-wrapped dates, why not ground up the equivalent of bacon-wrapped lamb chops? Those musky flavors are counterbalanced by a spicy garlic-rich tomato salsa that’s a killer when spread on the house bread.

There’s a vibrancy to the kitchen’s platings even when it comes to familiar dishes. The outer crust of the house’s tortilla Espanola—a traditional Spanish omelette shaped like a cinnamon bun—is ribbed with sweet peas and drizzled with ribbons of white crème fraiche and a pink Romesco sauce. Even El Tapeo’s summer salad—heirloom tomatoes, smoked San Simon cheese, avocado, and mâche dressed with a sherry vinaigrette—takes a breezy template and fattens it up with sugary shots of sherry and undertones of smoke and cream.

This celebration of color—whether it’s mustard-soaked brussel sprouts crisped up to look like fallen autumn leaves or tender tendrils of charred grilled octopus with rain drops of tarragon—makes for an Instagram-worthy affair. And should your interests veer toward a more traditional coursed meal, there are scallops, a half Amish chicken, and skirt steaks available—not to mention half, full, and family-sized portions of paella with your choice of fixings.

For dessert, traditionalists will enjoy a crème caramel with a delightful strawberry compote—think crème brulee with a side of jam that cuts the sugar—or bits of almond cake with fresh-made nougat and macerated cherries. But the best of the bunch may be the kitchen’s deconstructed candy bar—a Jenga-like deconstruction of a candy bar. Think of Krackle bar set over a flambéd pond of fired marshmallow sprinkled with peanut butter dust and a side of hazelnut gelato. Ferrero Roche has more than met its match, having enjoyed running headlong after Cappellini’s cape.