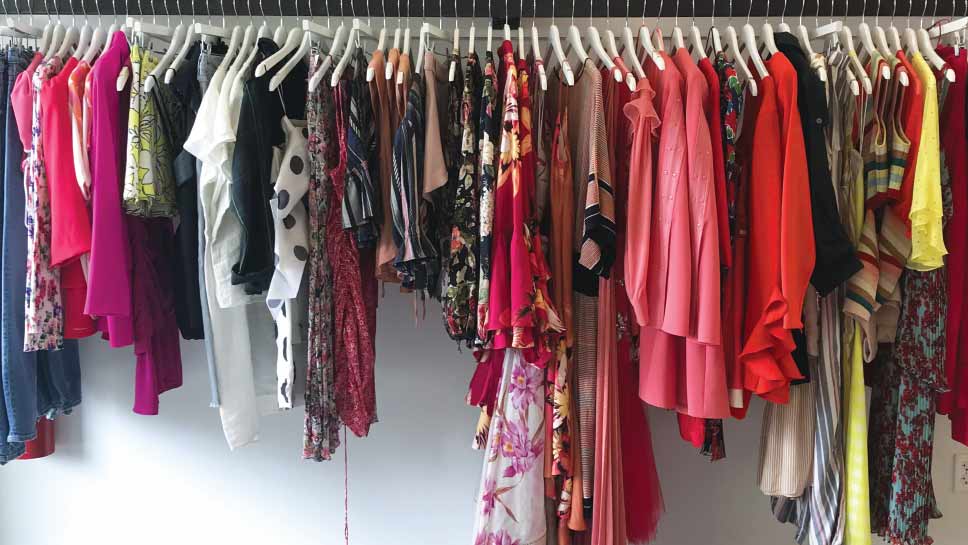 Modern, edgy, and vibrant, the newly opened redE Mas boutique is all the rage for women looking to find a bold statement piece or upgrade their wardrobe staples this spring season. Located at 36 E. 1st Street in downtown Hinsdale, redE Mas is an extension of Elmhurst’s upscale redE boutique and its more casual sister store, redE Lounge. RedE Mas aims to provide timeless, sophisticated styles from around the world without compromising the personalized feel of a unique local boutique. From chic street wear to professional business attire, redE Mas’s team works to find the perfect piece to fill their client’s specific fashion needs. For more information, call 630-537-1210 or visit redeboutique.myshopify.com. 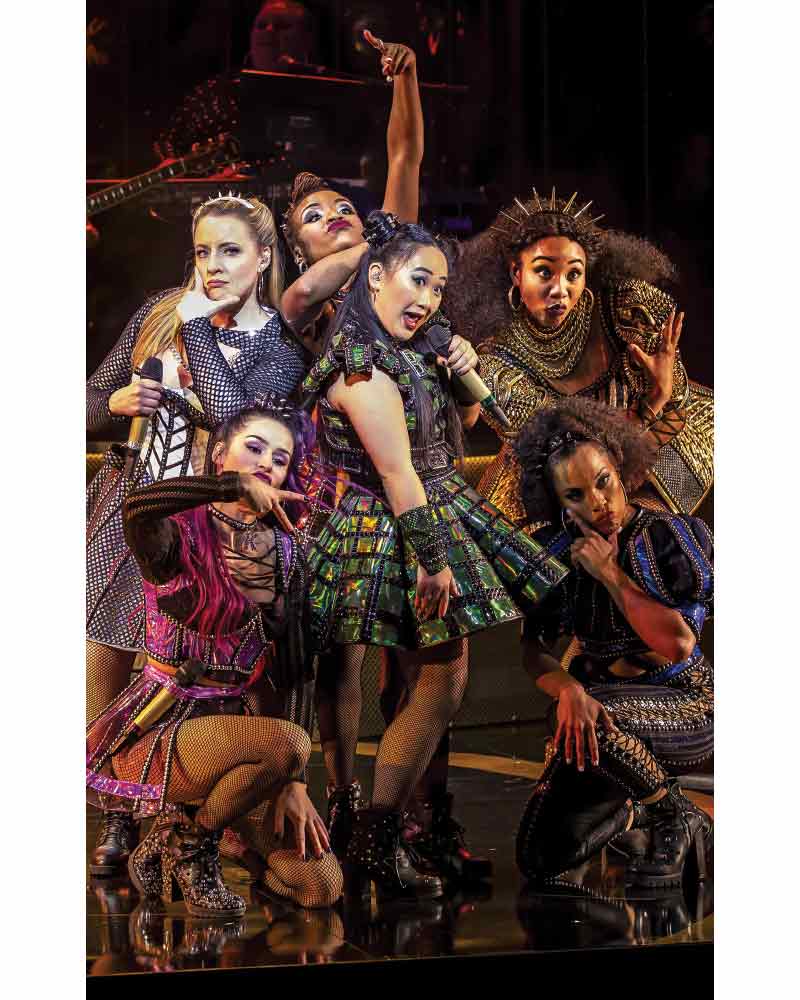 All Hail the Queen(s)

How doth one appropriately recommend SIX, the latest North American premiere offering at Chicago Shakespeare Theater (CST)? Let us count the ways. First, it’s the most unexpected, dance-in-your-seats, crazy fun show we’ve seen at the CST in many years. Second, if you loved Hamilton, and love a good dose of estrogen-infused power pop, you will adore this wildly popular import from the West End of London. The wives of Henry VIII join forces for an electrifying concert spectacle—shining a spotlight on these six women as has never been done before (yes, there’s even a little history lesson embedded in the rap). The queens (“divorced … beheaded … live”) take the mic to reclaim their identities out of the shadow of their infamous spouse—remixing 500 years of historical heartbreak into a power-packed celebration of 21st century female empowerment. Written by Toby Marlow and Lucy Moss, SIX opened at The Yard at CST in late May to rave reviews, prompting an unprecedented five-week extension. Don’t miss your chance to see this one-of-a-kind show, playing now through August 4. For more information, visit chicagoshakes.com. 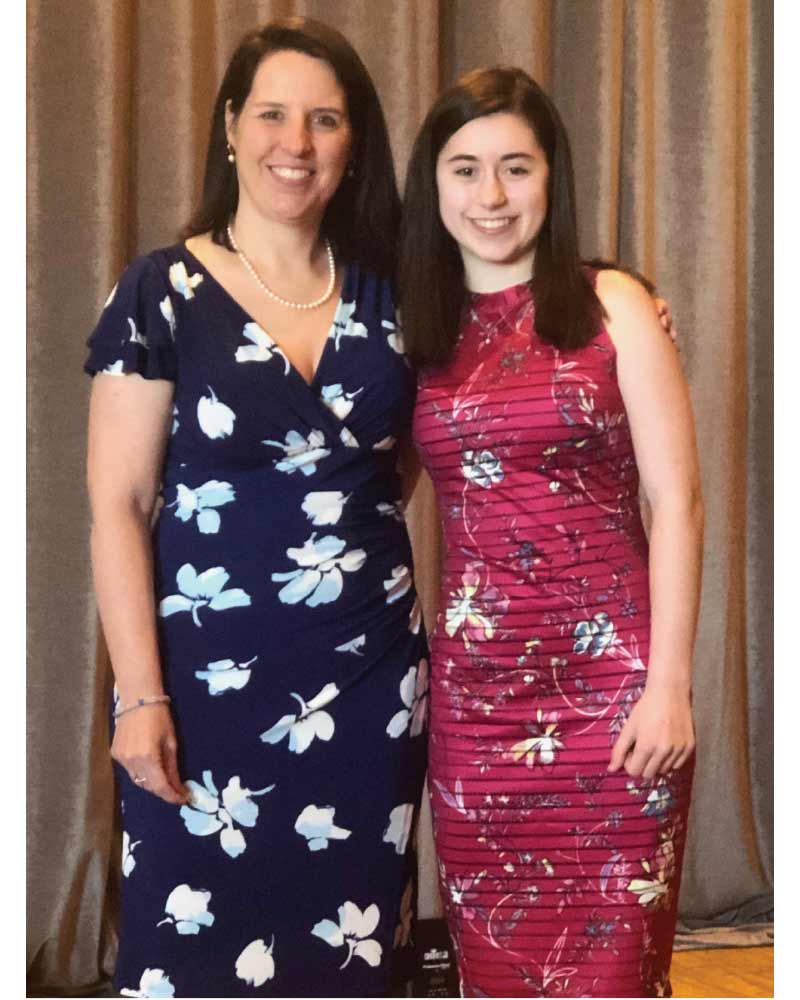 Members from the National Charity League, Inc., Hinsdale-Clarendon Hills Chapter (NCL, Inc.) gathered at the Hyatt Lodge earlier this spring for an annual Mother-Daughter Tea to acknowledge the time contributed to serving NCL, Inc.’s mission and its commitment to community service, leadership development, and cultural experiences. Incoming members were welcomed at the tea, outgoing members were thanked, and the philanthropic contributions of members were recognized. Achievements in service hours will be awarded to 33 members, including Most Service Hours and a Mother-Daughter Award. This year, the members of NCL, Inc. collectively contributed more than 4,500 hours to local charities. “Giving back to the community and spending quality mother-daughter time together are important to the members of NCL,” says Laura Miller, president of the nonprofit. “This commitment has fueled an impressive 10 percent growth in member volunteer hours, and more than doubled the number of girls volunteering more than 50 hours to local philanthropies.” For more information about the NCL, Inc., Hinsdale-Clarendon Hills Chapter, visit hinsdaleclarendonhills.nationalcharityleague.org. 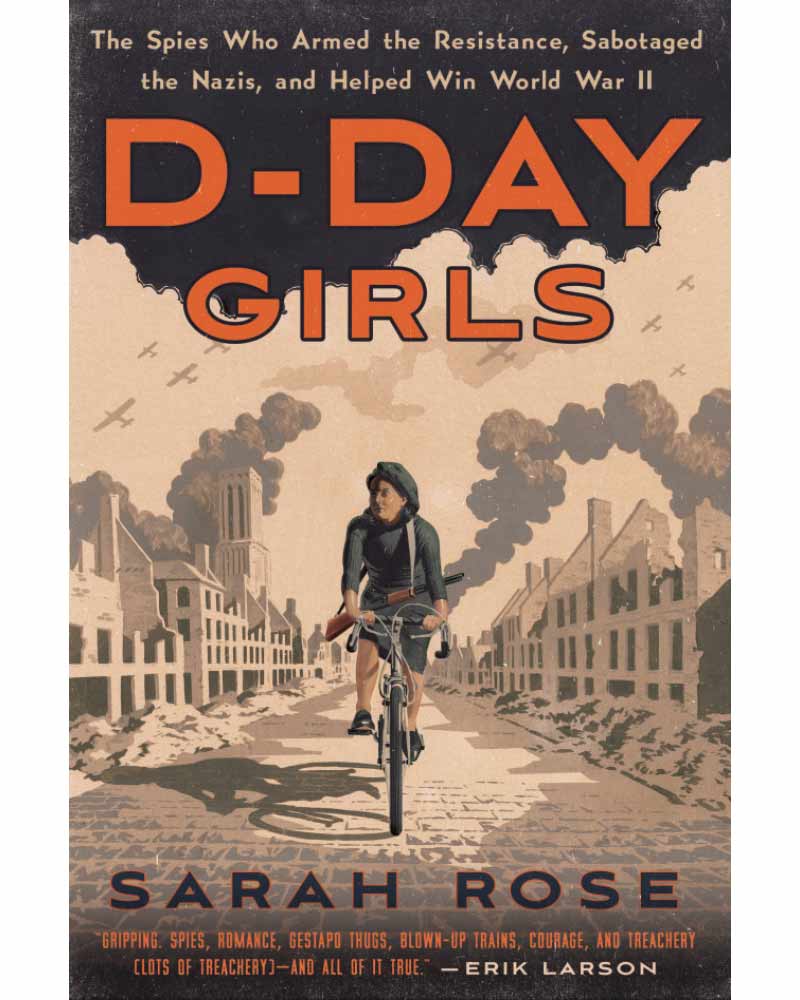 In 1942, the Allies were losing, Germany seemed unstoppable, and every able man in England was on the front lines. To “set Europe ablaze,” in the words of Winston Churchill, the Special Operations Executive (SOE) was forced to do something unprecedented—recruit women as spies. Thirty-nine answered the call, leaving their lives and families to become saboteurs in France. In D-Day Girls, a new book by Chicago author Sarah Rose, the thrilling story of three of these remarkable women unfolds. Rose conducted extensive research in Britain, France, and the United States, reviewing diary entries and recently declassified documents as well as interviewing SOE veterans to piece together their incredible stories. “Thirty-nine women of SOE went to war, and 14 of them never came home. These women broke barriers, smashed taboos, and altered the course of history,” says Rose. “They were sent undercover, so they never expected glory, and their story was classified for almost 70 years after the war. With the 75th anniversary of D-Day, it is an honor to tell their story now.” Copies of the book are available at Lake Forest Bookstore, lakeforestbookstore.com.