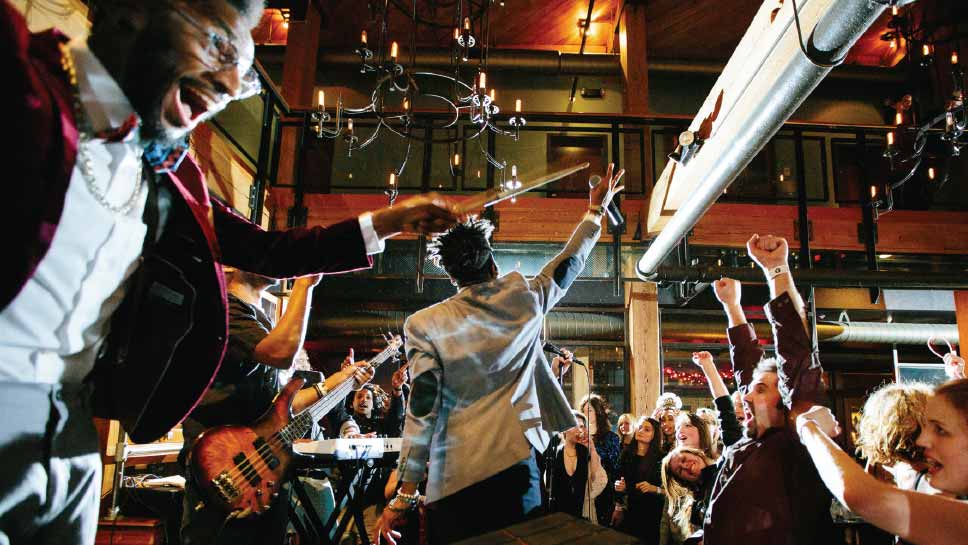 If you haven’t been to Milwaukee lately, you may want to plan your next weekend sojourn in the Cream City’s newly imagined, undeniably hip neighborhoods. With the World’s Largest Music Festival (aka Summerfest) running through July 7 and all the other cool activities buzzing in this town, there’s never been a better time to head north.

My first impressions of Milwaukee were on the other side of a TV set, the big color console that was built into a faux wood piece of furniture. “Schlemiel! Schlimazel! Hasenpfeffer Incorporated … we’re gonna do it!”

Milwaukee was the opening shot of the clock at Milwaukee City Hall and the visions of 1950s blue collar girls clocking in Shotz Brewery. It was a gritty, working class city with diners and breweries. And that’s pretty much the Milwaukee I experienced when moving to the Midwest more than 20 years ago. But if you’ve been to that other city on the lake recently, you’ll know that it’s changed and evolved and is actually becoming (dare we say) as edgy and hip as Chicago.

Thanks to the redevelopment of historic districts like the Third Ward and Walker’s Point, Milwaukee (visitmilwaukee.org) has become a burgeoning hotbed of arts, fashion, and loft life. Think Wicker Park and Bucktown in the early ’90s. Think trendy restaurants, shops, and a Goodwill (it’s called Retique) that looks like an expensive Lincoln Park boutique. And then remember that the Democratic National Convention will be held in this pivotal city in 2020, another development that’s spawning a spate of luxury development in the city center. 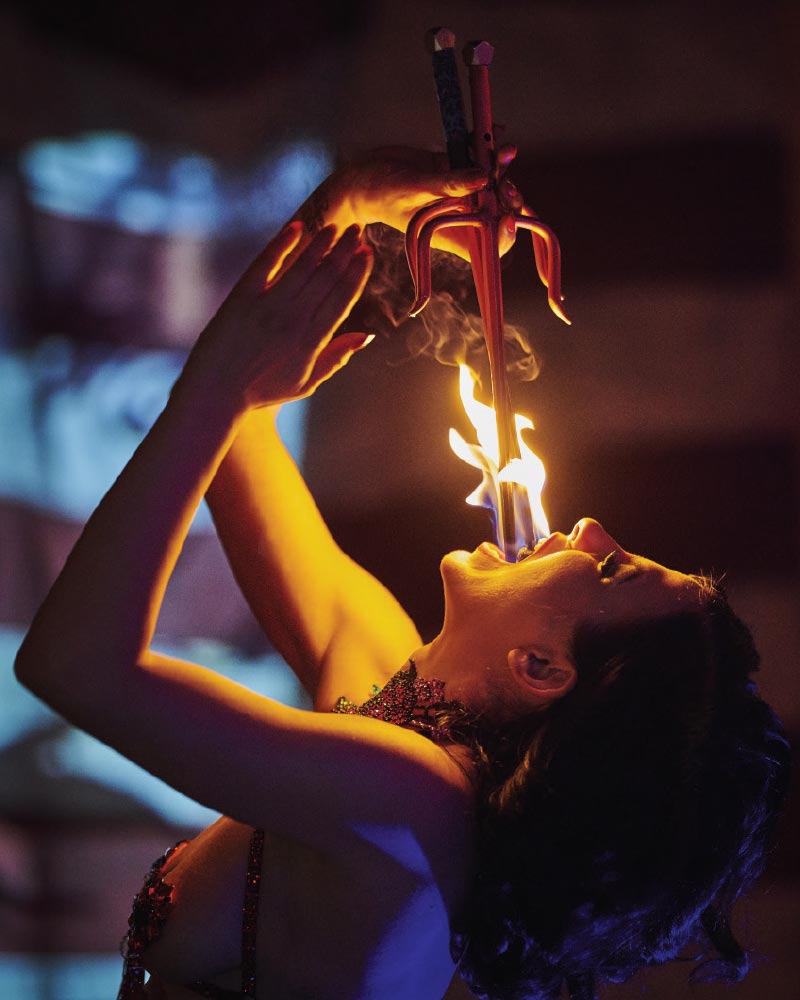 Milwaukee’s Historic Third Ward (historicthirdward.org), which suffered a devastating fire in 1892, is literally a phoenix rising. After decades of neglect and abandoned warehouses, today’s revived community is continuing to enjoy a renaissance. Here you will find the highest concentration of art galleries (more than 30) in Milwaukee, award-winning restaurants, unique specialty stores, architects, advertising agencies, graphic designers, artists, the Broadway Theatre Center, the Milwaukee Institute of Art & Design as well as condominiums, office buildings, and industrial space.

Listed on the National Register of Historic Places as Milwaukee’s oldest center of commerce and warehousing, the neighborhood maintains an unparalleled position within the retail and professional service community as Milwaukee’s showcase mixed-use district in a restored warehouse setting.

And that’s not to mention the lively restaurant scene (French delicacies at Fauntleroy and Turkish delights at Tulip are among some local favorites). Home to the Third Ward Riverwalk and the mouth-watering Milwaukee Public Market (milwaukeepublicmarket.org), this is the place to see and be seen. 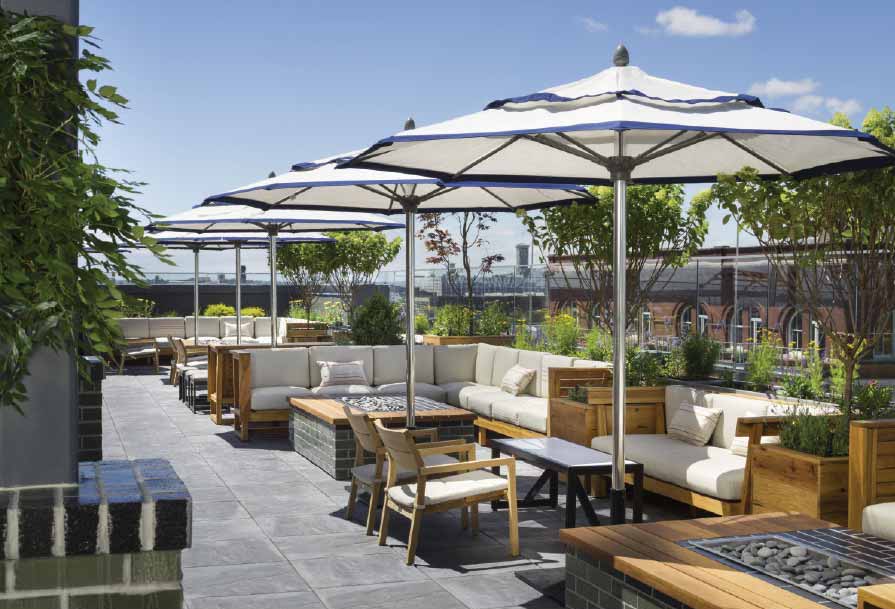 The July 19-20 Gallery Night (gallerynightandday.org)— which goes on all day and night (hence the name), showcasing dozens of venues—is held here, as are a host of other arts events throughout the year. And if you have two and a half hours to spare, you can take a tour of the historic neighborhood (milwaukeefoodtours.com/thirdward) while sampling restaurants along the way—one of the foodie hosts dubs it a “progressive meal with a side of history.”

With that and other popular summer events—including Summerfest (summerfest.com), billed as the World’s Largest Music Festival, running this month through July 7—we decided to sample two of this reborn city’s finest hotels with the interest of discriminating reader itineraries in mind.

Nothing against the venerable (and always elegant) heavyweights like Pfister Hotel and the Ambassador, but these two boutique weekend stays are hipster cool (with a subtle infusion of Cream City history).
Iron Horse Icon 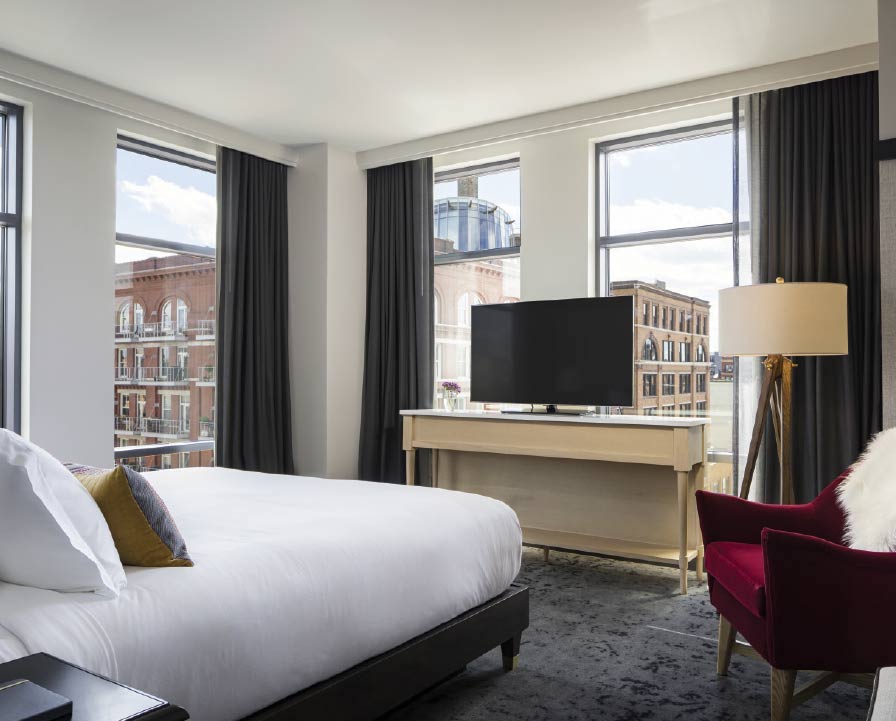 When the Iron Horse Hotel debuted a decade ago in a former mattress factory (turned cold storage) in Milwaukee’s emerging Walker’s Point neighborhood (it has since fully emerged), it was the first of its kind. Hotel developers had a vision to create a hotel that was distinctly Milwaukee and one that catered to a distinct new luxury demographic—motorcycle connoisseurs (yes, that whole Harley Davidson Museum was a fortuitous development).

The goal was for it to be both authentic and timeless, building on the city’s history with a vision for the future. Over the last ten years, the hotel has become notorious for its social scene, namely the Repeal of Prohibition Party, it’s well-loved Thursday Bike Nights, and the wildly popular Kentucky Derby Party (which has been known to sell out all the bourbon in the house).

Architectural buffs should be sure to note the original Cream City brick (this is how the city got its name, after all) and heavy timber post-and-beam construction. The Iron Horse Hotel is considered a pioneer for its industrial chic decor. Filled with turn-of-the-century antiques from around the city and around the world, as well as custom furnishings, a stay at the Iron Horse is a fascinating immersion into Milwaukee’s storied history.

The hotel lobby interiors are the epitome of the American Industrial era. Custom chandeliers feature motorcycle gears while custom apothecary cabinets are filled with curiosities such as a leather railroad mailbag, motorcycles (of course), and antique toy trains.

Other notable features include legendary food and beverage outlets and a dog-friendly vibe. And while Iron Horse is now synonymous with motorcycle culture, it’s estimated that only 10 percent of hotel guests arrive on two wheels. That leaves hope for the 90 percent of the rest of us to enjoy this one-of-a-kind experience.

Opening in June 2016, the Kimpton Journeyman Hotel is the new kid on the (Third Ward) block. Designed by New York-based interior design firm Warren Red, the Journeyman was the popular chain’s first hotel in Wisconsin and the first hotel in the historic district.

With 158 rooms (and an incredible rooftop bar), the hotel is a thoughtful study on Milwaukee’s past and present. Details from the city’s history are incorporated throughout, including chests in guest rooms that proudly boast engine numbers from Milwaukee’s old locomotives.

The nine-story red brick boutique hotel fits seamlessly into the neighborhood, paying homage to those who spent years honing their craft only to return home after time spent traveling the world. This is all amazing but the best parts are the luxurious (and decadent) food and beverage offerings.

The street-level Tre Rivali restaurant, featuring Mediterranean-style contemporary American cuisine with Heather Terhune as its executive chef, is delightful and meets every need (you can even order food to take up to your room … the pizza was yummy). But hands down, our favorite was The Outsider, a 5,000-square-foot rooftop lounge, that boasts incredible views of the city regardless of the temperature.

Amenities such as luxurious, spa-like tubs and in-room yoga make this is an attractive weekend alternative to Chicago. We also loved the happy hour in the casual chic lounge, with pool tables, curated complimentary cocktails, and savory treats.