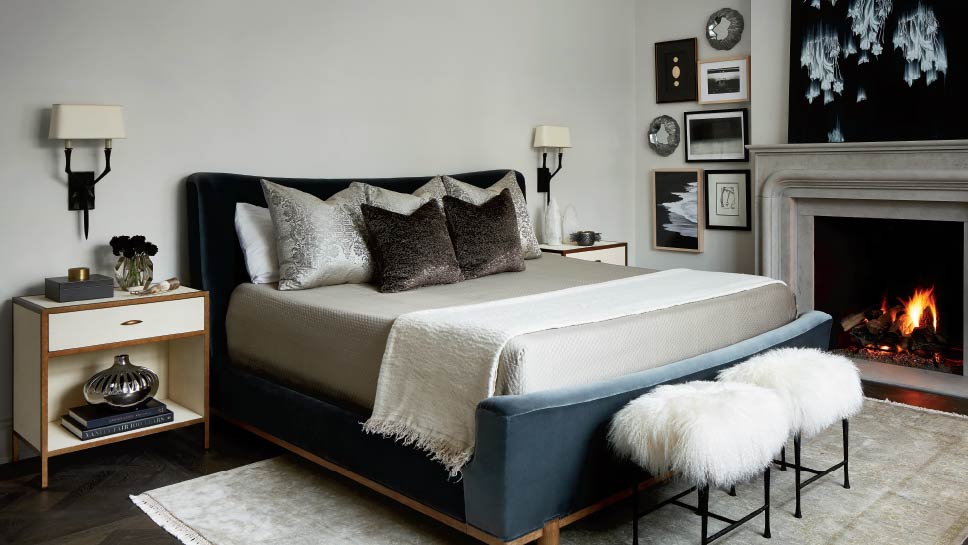 For nearly a decade, Chicago-based interior designer Donna Mondi has worked closely with a Hinsdale writer and her family to bring to life their vision of infusing modern design elements into an already impressive French country, traditional space.

The project has been done room by room, with Mondi bringing her own eclectic edge into the design of the home. So, when the homeowner called and asked to tackle the master suite and a third-floor loft space for her children, Mondi was up for the challenge.

“Our client leads a busy life with three very active sons. A talented writer, she needed a sanctuary of her own dedicated to her craft,” explains Mondi. “ A functional but beautiful desk was added where a useless window seat had previously been. Natural light floods the area giving her the perfect place to feel inspired.” 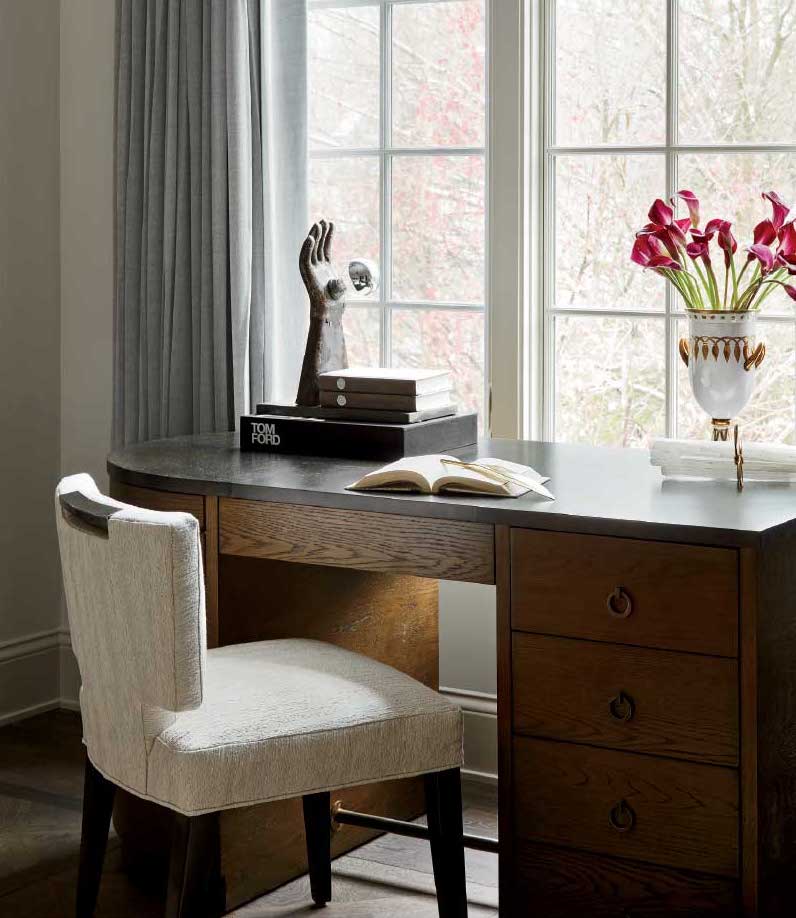 With so many French country architectural details in the original home, Mondi needed to find creative solutions to ensure that the spaces throughout the house evoked a more updated look and feel.

“I suggested that we tweak the design towards French Moderne rather than the typical French country. By taking this path, I was able to infuse modern elements into a traditional space,” she says. “Blending together French influences such as the limestone fireplace with a graceful upholstered bed creates a more timeless appeal.” 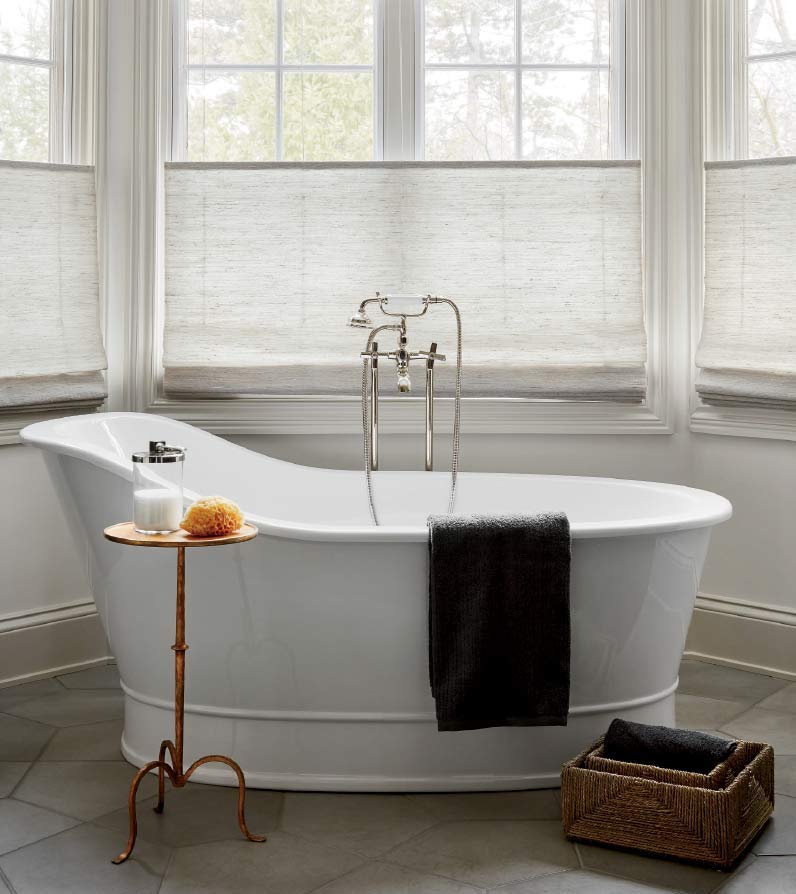 Let’s face it. French design never goes out of style. However, what Mondi achieved in this project was the perfect blend of the old and the new. “The two styles play well together in that they share commonalities of design that is influenced by the iconic French style,” says Mondi. “The leap to modern simply means taking out some of the more stylized and intricate patterns that French country is known for.”

One way that Mondi and her team achieved this was by shifting focus and selecting a pale color palette which allows the angles throughout each room to blend rather than drawing attention to them. In the bathroom, an oversized and unused bathtub was traded for an elegant freestanding tub which visually expanded the area around the windows. 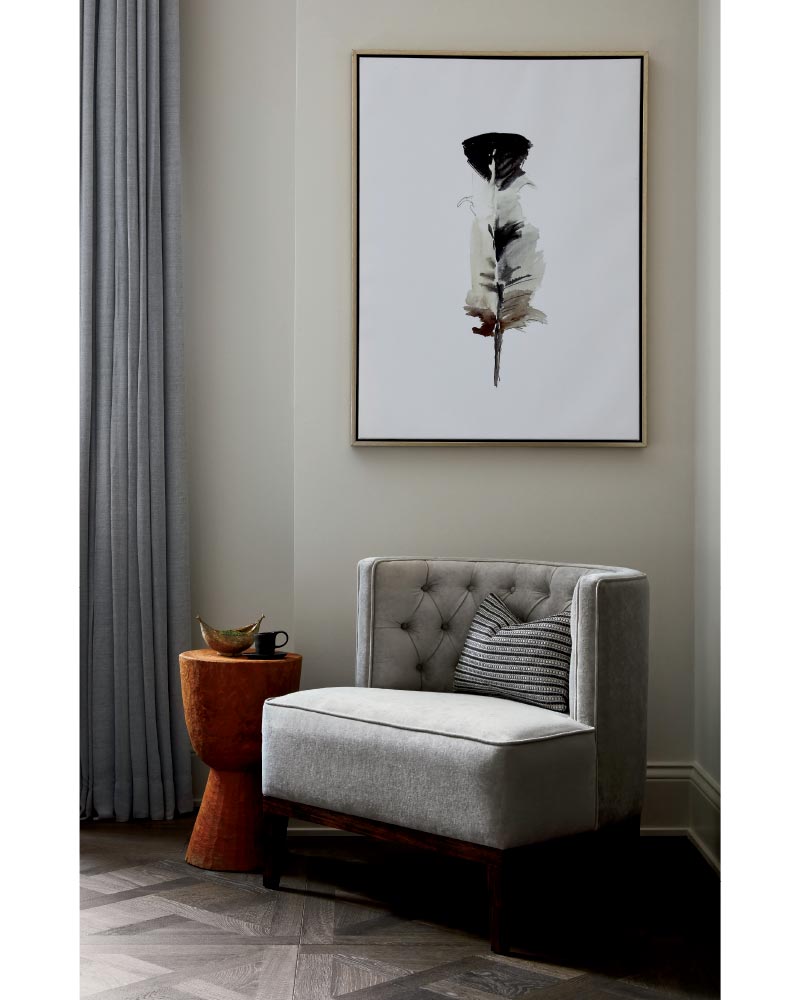 “We were fortunate to have plenty of space to enlarge a very small shower and still give them a generous double vanity,” she adds. “Another challenge was combining two closets that didn’t function well. We removed the separating wall and a door to open these rooms up to each other which created a much larger master closet for the couple.”

For Mondi, this is the fun part—the beginning of the project and those crucial planning phases. Matching client preferences and lifestyles with architectural details of an existing home is a challenge she truly enjoys.

“I’m not sure if my style is easily definable but I would say that my sweet spot is blending old and new,” Mondi says. “I love the fusion of modern elements into traditional interiors or vice versa. We always strive to create a common thread of quality and innovation that runs through our projects even though they are all quite diverse in style.”