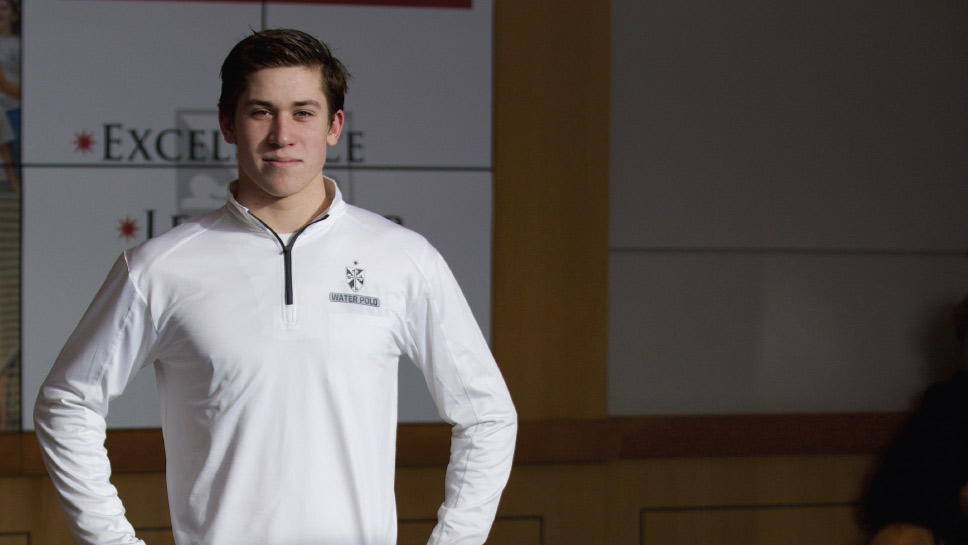 Gabby Comstock would hear the roughhousing in her basement and roll her eyes. Her son, Payton, was wrestling again, going full tilt against a considerably older foe. Payton was a grade-school student a Notre Dame School in Clarendon Hills. His opponent was more than twice Payton’s age, heavier, a former 126-pound varsity wrestler at Lyons Township High School.

“Mom would yell at us and tell us to stop,” Payton Comstock, now a senior at Fenwick High School in Oak Park, recalls. “But we’d keep going, keep going for takedowns. It got intense. We put a hole in a wall down there, maybe two.”

Don’t think, for a second, Comstock was a disobedient son at the time. The loud grappling bouts in the basement, after all, had been fully sanctioned by Payton’s father, Tom Comstock, because the older, heavier combatant was none other than Tom himself.

Payton Comstock essentially wrestles today—as a two-time all-state water polo player for Fenwick’s Friars. What goes on above and below the surface of the water in a polo game resembles what goes on between singlet-wearing gladiators atop mats. Competitors in both water polo and wrestling bump into each other and battle for position, their arms and legs interlocked for stretches, their foreheads colliding intermittently. 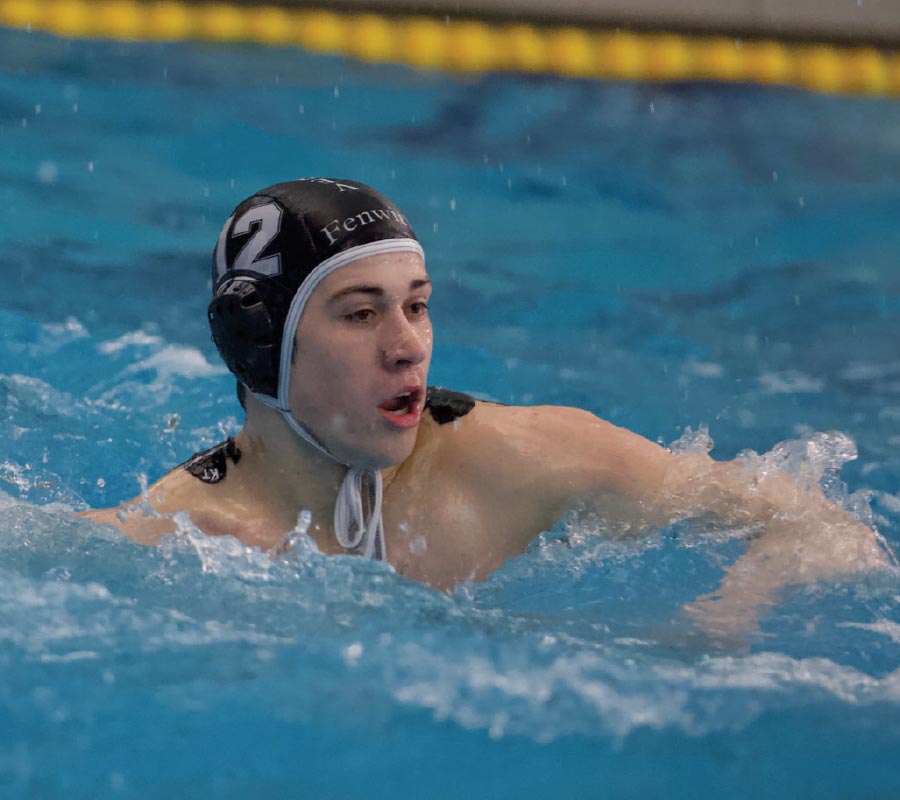 Son vs. Dad in the basement instilled toughness in the son.

“What I love about water polo is the physicality of it, as well as how fast-paced it is,” the 6-foot-1, 185-pound Payton Comstock says. “I swam and wrestled, and I played football as a lineman when I was young. And then I transitioned to water polo. My Dad had watched water polo on TV during the 2008 Summer Olympics and then suggested I try the sport. I did, at the age of nine. I liked it. I was able to score goals. I’d never been very good in other sports, like soccer, where scoring goals was the object of the sport. But in water polo, I remember thinking, ‘Oh, I can do this; I can score goals.’”

He certainly did—in bunches. Comstock scored a team-high 122 goals and distributed 32 assists in 36 games for state runner-up Fenwick (27-9) last spring and averaged a team-best four goals per game for the Friars through the team’s first six games—all wins—this spring. Last summer he was named to the all-tournament team after the National Challenge, a water polo event held at two sites in the Chicago area.

“Payton is dedicated, really loves water polo, loves competing and pushing himself,” Fenwick senior co-captain and two-meter defender Daniel Lynch says. “On Game Days he likes to say to us, ‘Ready? Get ready!’ ”

A rugged, highly composed utility player who normally plays defense against the opponent’s top offensive threat, Comstock—a co-captain in 2019 and a varsity member since his freshman year—uses the ideal blend of speed and strength and savvy to lift his team and dispirit the team trying to contain him.

“The biggest thing going for Payton is his willingness to work,” Fenwick boys water polo coach Kyle Perry says of the third-year starter for a program that has won an astounding 10 state championships since 2002, including eight straight Illinois High School Association titles from 2004-2011.

“Very fast swimmer, strong kid, with great game awareness. Water polo is hard. You’re swimming back and forth, getting dumped underwater, facing adversity, facing all kinds of obstacles. It’s easy to get frustrated and give up. Payton doesn’t get frustrated, never quits. The many qualities he has, you can’t teach those.

“When Payton sets a goal,” the coach adds, “he goes after it with a focus that’s admirable.”

Payton was 12 when his parents bought him a book at a Notre Dame School book fair. It was a thick book, all about the history of the United States Navy. To a 12-year-old it must have looked like the handy accomplice he’d be able to use to reach that distant cookie jar in the kitchen. But Payton, not a huge fan of reading back then, consumed the content in the tome, every page of it. The subject matter mattered to him.

It also inspired him, particularly the section devoted to the United States Navy SEALs. The budding water polo player and future varsity swimmer wanted to serve his country for the branch that conducts military operations at sea. Fitting, how fitting. How admirable. He would apply, years later, to the United States Naval Academy in Annapolis, Maryland, and, if accepted, vie to become a Midshipman water polo player. That was the plan well before the start of his tenure at Fenwick. He stuck with the plan. He underwent interviews with a U.S. Naval Academy alumnus and U.S. congressmen Danny Davis and Sean Casten during the application process.

He was accepted in mid-September.

The toughest interview question? The alumnus asked it.

“I was asked,” Comstock says, ‘What’s the difference between responsibility and accountability?’”

Comstock, a club member of Oak Park-based Windy City Water Polo for nearly 10 years, made a difference last summer, launching a co-ed water polo camp for youngsters at Clarendon Hills Park District. The kids learned polo techniques and completed drills, some fun and others serious, under the guidance of Comstock in the park district’s Lions Park Pool—the same body of water in which a six-year-old Comstock had learned how to swim. Comstock formed the camp so that Clarendon Hills residents wouldn’t have to travel as far as he did (80 miles round-trip) to develop skills and a passion for the sport.

“I probably learned more from the kids than they did from me,” a grinning Comstock claims. “There were times they’d be in the pool, working hard on something, and as I stood there and watched them, I thought, ‘You know what? I should work on that, too’.”